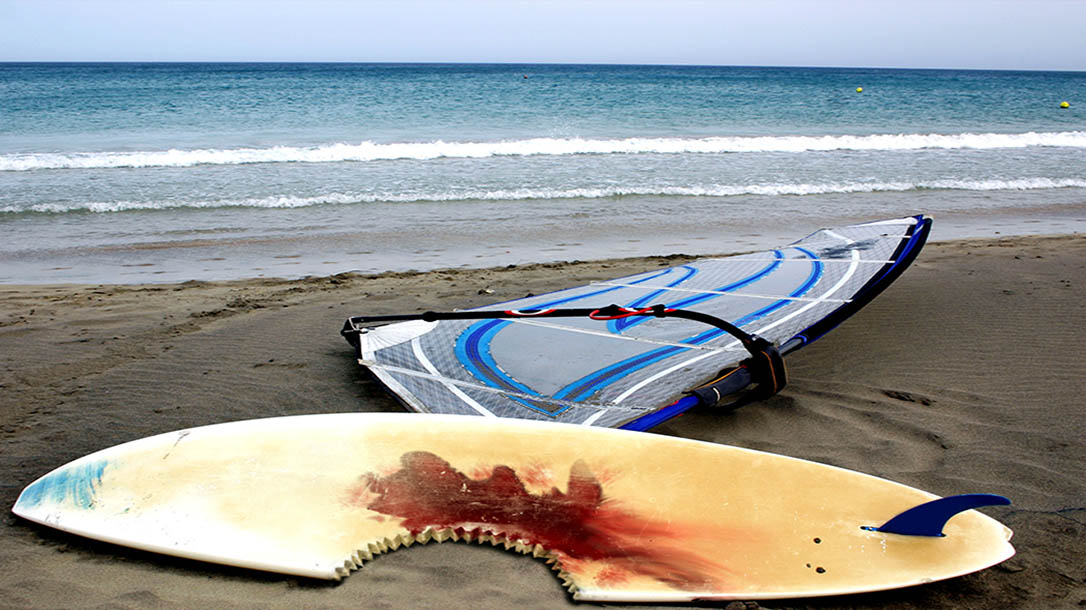 How To Survive A Shark Attack: Without Losing A Limb

It’s that lovely time of year again when we’re constantly reminded by our spouses how pale and pasty we’ve gotten over the winter months (and fat; but that’s not where this article is going…specifically). If you live by the coast, or within a couple of hours of it, then you’re familiar with the “We should spend a day at the beach” conversation that happens all too often the moment it gets over 70 degrees outside.

Sure, a nice relaxing day at the beach can be enjoyable for some…but, it can be the very definition of a nightmare for others. Why? Amity Island circa 1975. That’s why!

Unprovoked shark attacks have been on the rise consistently decade after decade, leaving us to fend for ourselves when we’re “mistaken” for a baby beluga whale swimming in shark-infested waters.

Sure, we could get into the science as to why this is happening first place…but that won’t solve the immediate issue at hand when you’re throat deep inside of JAWS. So screw the science, screw the political agendas, and let’s grab these bastards by the gills and discuss how to survive a shark attack.

Let’s play this out, you’ve had a few beers, and it’s time to cool off in the water. Don’t go making a big scene out of it. The more you splash, the more attention you will bring to yourself (men, this is something you don’t have to worry about since best practice typically involves a slow wade into the water, making sure the bait and tackle are acclimated to the water in a timely and efficient manner). Some time passes, you’re starting to feel comfortable with being in open water, and the fear from the seaweed that touched your foot earlier has finally subsided when out of nowhere, you feel a sharp pain and are dragged underwater. Let’s go.

Do NOT play dead. You are not being attacked by a mama bear, so you’d best fight as if your life depends on it…because it does.

Thinking with your head

Keep in mind that sharks are considered to be “ambush predators,” meaning that they wouldn’t be nearly as comfortable attacking you if they don’t feel that they have the element of surprise on their side. So keep that head on a swivel and maintain eye contact with them – this also applies when swimming away, so don’t turn your back on them for even a second, as that’s all they need to turn you into their mid-afternoon snack. When maintaining eye contact, it is essential to make sure that you are not allowing any give on their flanking capabilities.

If you find yourself diving or in an area with a significant amount of coral covering, use that to your advantage. As we covered, sharks don’t want to feel like they don’t have the upper fin (get it?), so even though you may be “cornering” yourself by backing into a reef, you are still giving yourself the advantage of keeping the attack in front of you rather than beside, above, or below you.

Thinking with your hands

We all know the “punch it in the nose” advice, which in fact, is relatively good advice so long as you don’t miss. Just keep in mind, that you’re going to be throwing a punch just a few inches above roughly 300 razor-sharp teeth. If you’re going to throw a punch, throw it with the same force you would at that big drunk burly guy at the bar who picked a fight with you because he thought you were checking out his girl…because if you miss, you’ve only pissed him off. Now, depending on the size of the shark and if you’re being held in a position that still gives you a bit of freedom then a bear hug could provide useful in this scenario.

Sharks must keep moving to stay alive, so restricting their basic movements can give you a few moments to break free afterward to get a head start toward shore. Understand that this isn’t a cuddle session, a small/loose grip will do nothing, when you get your arms around it you proceed to squeeze the life out of it.

When swimming in unfamiliar waters, it never hurts to swim with something that you can quickly access in a time of crisis to defend yourself. You don’t need the knife from Rambo III to keep a shark off you, and honestly, a knife that size may cause you more harm than good. A small divers knife is more than enough in a situation like this, as the main goal is to catch the shark off guard and move to safety. Consider using a knife as a last resort since the second blood enters the water, depending on the ocean’s current you may have dozens of sharks that were more than a quarter-mile away from you, you in seconds.

At the end of the day, all the information we have still doesn’t guarantee one’s survival. The reason being is we don’t have enough insight into these “things” that have been in our oceans for billions of years, and as a result, scientists are just hoping something sticks at some point. The best we have are recommendations given by survivors of what worked for them, which might work if you find yourself swimming with sharks.

My advice at the end of this? Comes straight from one of the most iconic films from 1984; “Strike first, Strike hard, No mercy.” 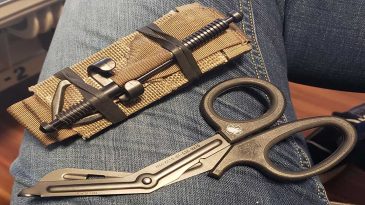 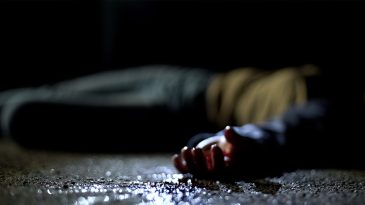