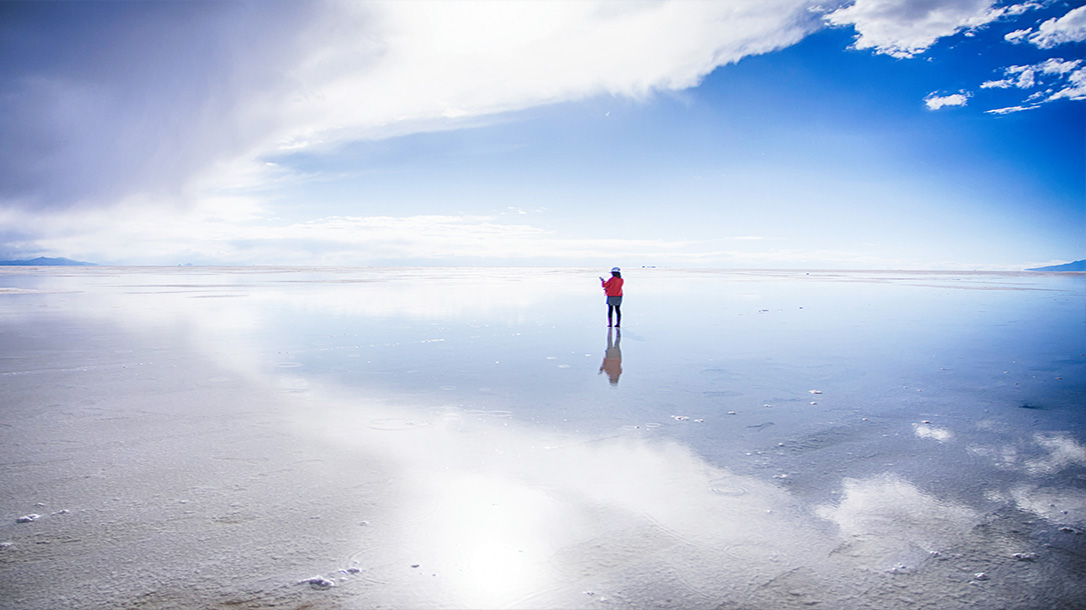 How To Predict The Weather Without A Forecast

​The ice ax plunged deep into the face of the cliff as the climber scrambled for purchase. His crampons were scraping and digging in as he heaved himself onto the summit of the mountain. All of the pain and exertion had led him to this moment so he could enjoy a feeling of accomplishment and the breathtaking view. As he looked around, he realized that they were getting socked in by the weather. The sky had grown dark and a thunderhead approached from the west.

As his climbing partner reached the summit, he stood up and looked around in abject terror. “I told you that the atmospheric pressure was dropping and that a system was moving in!” said the man.  The lead climber replied, “and I told you that I don’t know what that means!”. “It means that we’ve got to get off this rock before we get blown off the face of it!” said his partner.  He quickly snapped a selfie and began his descent.

As the two men attempted to climb down the mountain the weather rolled in.  The temperature plummeted and the winds grew fierce. Visibility was reduced to zero and they could no longer continue the climb and sought shelter behind a rock. They had left their tent behind in favor of reduced weight and greater speed and now they would suffer the consequences. The men would be discovered days later by the local search and rescue team with a frozen grimace upon their faces that could have been avoided if they had just heeded the warning signs of the weather.

Know How To Predict The Weather

​Knowing and understanding the weather can make the difference between a great adventure and a terrible one that would have been better spent in the comforts of one’s own home. We often make jokes about the weatherman when he gets the predictions wrong but we also take it for granted when he gets it right. Technology makes it easy to obtain a forecast but what about when the cell signal fades and dark clouds start rolling in? The following tips will help you predict the weather without a forecast.

​A well-known proverb can help us get started on our weather predictions. “Red sky at night, sailor’s delight; Red sky at morning, sailors take warning.” Weather systems in the U.S. generally move from the west to the east as a result of the jet streams. When looking to the west in the evening you may observe a red sky.  This is caused by dry, dust particles in the atmosphere.  It means that dry weather is moving towards you. If you observe a red sky in the morning towards your east then that indicates that the dry weather has passed you by and more moisture and rain may be on their way.

​One of the most reliable indicators of weather changes is atmospheric pressure which is essentially the force exerted by the weight of the air above you. A high or rising atmospheric pressure is a sign of stability and fair weather. A low or falling pressure indicates a changing weather pattern and could mean that a storm is coming. A barometer or even an altimeter can be used to track changes in air pressure but without these, we need to look to other indicators.

A campfire offers a good sign of the current pressure system.  If the smoke from the fire rises straight up then the atmospheric pressure is high and stable so you can anticipate fair weather for the day.  If the smoke stays low or rises to a certain point and then appears to be buffeted back downwards then that indicates a low-pressure system and a change in the weather is coming. There are certain limitations to this system as the wind may play havoc with the smoke but it’s still helpful to understand how it behaves in ideal conditions.

​The clouds are another great way to predict the weather. Generally, clouds that are white and high in the sky indicate good weather while clouds that are dark and low suggest a storm is brewing. There are many different types of clouds but there are a few to be on the lookout for. Cumulus clouds are your standard, white, puffy clouds that form at lower altitudes. They are usually associated with pleasant weather but can start to come together and darken into thunderheads. If you see them joining together and becoming tall and dark then rain is on its way.

Stratus clouds tend to be flat and often come in layers.  If they are scattered and mostly white or if you can see the sun through them then it is unlikely to rain but if they join and darken then again, some rain may be imminent. Cirrus clouds are high-altitude clouds that are wispy in nature.  They are often referred to as mare’s tails.  These clouds can usually be seen prior to approaching storms as well as directly after a thunderstorm has passed. Just remember when it comes to clouds, “When clouds appear like rocks and towers, the Earth’s refreshed by frequent showers”.

​These are a few solid indicators of changing weather patterns but there are many more and it takes time and experience to get a feel for them all. Remember that “Flowers smell best just before the rain” Or “When ditch and pond offend the nose, look for rain and stormy blows”. Stronger smells coming from plants or swamps can indicate rain due to the lower pressure which allows for more powerful scents to carry further in the wind.

Wave patterns in both lakes and oceans also hold clues.  Even the behaviors of animals may suggest that it’s time to take cover. The opening and closing of leaves and flowers can indicate weather changes as well.  A basic rule of weather is that whatever happened yesterday is likely to happen again today. Weather continues in a pattern and only changes when some new influence is introduced. Spending time in an environment and taking notice of its daily patterns will better alert you to changes in those patterns and that will allow you to predict the weather without a forecast.