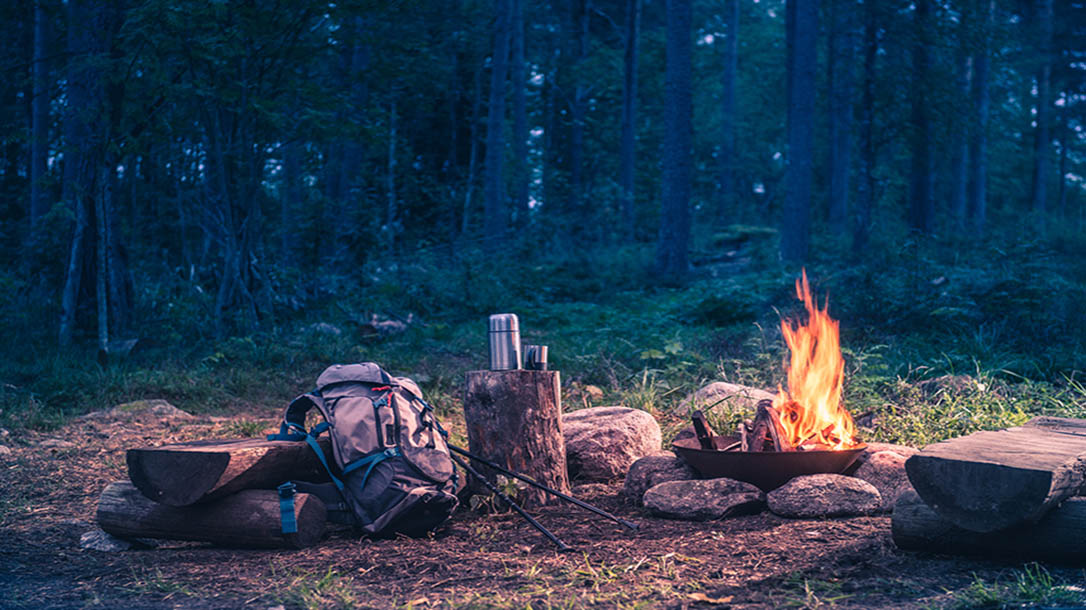 Ringo Kid, wanted for murder and on the lamb, saunters into a low-slung Mexican outpost in a way that only John Wayne could pull off. The ostracized town prostitute, Dallas, is there, slowly cranking a coffee grinder in preparation for a pivotal scene to sober up Doc Boone so he can deliver Mrs. Mallory’s baby before the Apache can attack again. There’s no Keurig or Breville plugged in nearby. Not even a Mr. Coffee. There’s only Dallas cranking away at that coffee grinder, pulverizing beans into coffee grounds for a drunk doctor. “Coffee. Give me coffee. Black coffee. Lots of it.” barks Boone. They force-fed him coffee until he pukes. That’s how coffee was in Apache Country: harsh, black, and vomit-inducing.

How To Make Coffee Without Electricity

Well, times have changed, and although technology has advanced geometrically in the realm of home coffee production, you don’t need modern equipment or fancy electricity to get a cup of Joe. You just need to know that there’s more than one way to make coffee if your Mr. Coffee takes a Mr. Crap.

This has been the mainstay of the coffee industry for over 200 years, and you’ve likely seen the large versions of them at any church basement function you’ve been to. Invented by Joseph-Henry-Marie Laurens, a French tinsmith, in 1819, Hanson Goodrich patented the modern unit that people still use to this day in 1889. The concept is simple. A broad-based metal pot full of water is held over the fire. Inside, a tube runs up the center, connected to a basin at the top that contains the coffee grounds. Since heat rises, the boiling water flows up the tube and back down through the basin where it percolates (i.e., filters) through the grounds. The longer the unit stays on the fire, the longer the cycle continues.

These are popular among campers and outdoorsmen for their simplicity and traditional kitsch. Often people will complain about the bitter, burnt taste, but that is a result of over-extracting, meaning the water is too hot. The best way to avoid this burnt taste is to have a percolator with a glass bubble; when the first burble of coffee appears in the bubble (aka perking), the water is sufficiently hot to brew. Anything more than one perk every five seconds is too much, and the heat should be adjusted accordingly.

If you don’t really care about your guests or aren’t a coffee drinker and don’t want your guests to stick around for too long, then instant coffee is for you.

Instant coffee “grounds” are made at a factory via spray drying, where coffee concentrate is sprayed into 480-degree air, resulting in quickly dehydrated granules of coffee. Some companies also use freeze drying, but the result is the same: dehydrated. The process is from the early 1700s and was popular during the Civil War, and first mass-produced by James Folger in the 1800s.

The instant drink is famous worldwide for its ease of use, long-term storage, and low cost. All you need is hot water, a cup, and a spoon. A big complaint is that it has less caffeine than regular coffee—about half as much—but contains nearly twice as much as acrylamide, which is a harmful chemical. Of course, if your host serves you instant coffee, you know where you stand with them.

Much like French fries, kissing, and toast, the French Press didn’t originate in France. The modern version is actually Italian, invented in 1929 by Attilio Calimani and Giulio Moneta, based on earlier ideas. It is a cylindrical pot—usually glass—with a central plunger and a built-in filter screen that presses coffee grounds through the hot water. The process is simple and only takes a few minutes to have a quality cup of coffee, but the subtle trick is in the coffee grounds themselves. A medium grind works best because a fine grind will slip through the filter screen (making a gritty cup), while a coarse grind will clog said filter (and produce a weak taste).

Pull out the plunger and filter screen (they are one unit). Add a heaping teaspoon of coffee, usually 8 grams to 7 ounces of water. Pour in hot water, just shy of boiling, and stir up the contents. Reinsert the plunger, don’t yet press down, and let it stand for about four minutes. Then slowly and steadily press the plunger to the bottom. That’s it. Enjoy.

Found in fancy coffee shops and boutique espresso bars is the pour-over coffee maker. It looks like a teacup balanced on top of a coffee cup, and that’s really what it is. Only the teacup has a hole in the bottom and holds a filter fitted to the contours of the cup. Essentially, they’re selling the sizzle because it is merely a coffee filter, grounds, and hot water combined for an experience in making coffee rather than the results of having a cup of coffee. You can achieve the same results with any coffee filter and any cup.

Don’t have a coffee filter? You can use a variety of things, as the reason for the filter is to keep the coffee grounds out of your drink. A pair of pantyhose can do that. So can a sock, your shirt, paper towels, napkins, and medical gauze. However, coffee filters are cheap, easy to store, and not too difficult to obtain, so there’s really no excuse for making coffee with your wife’s undergarments.

This is bare-bones coffee; essentially, it’s a French press without the filter and is easily made but challenging to fine-tune. It produces a bold, strong cup of coffee that only takes a few minutes. Pioneers have been making coffee this way for hundreds of years, especially when the accouterment of the coffee process is unavailable, but your desire to stay caffeinated outweighs practicality. It isn’t a common way to make coffee anymore, but it is a very traditional method.

Bring water to boil in a pot, then let it stand for 30 seconds, so the temperature reduces to roughly 200 degrees (the best temperature for brewing coffee). Add two tablespoons of grounds for every eight ounces of water and stir. Let it sit for two minutes before stirring again. After another two minutes of rest, pour a half-cup of cold water onto the floating grounds, as this will force them to the bottom of the pot. Slowly pour the coffee into a cup. A trick learned from the frontier folk is to add crushed eggshells to force the grounds to sink to the bottom, as it also reduces the acid levels of the drink.

This isn’t a cold brew over ice from Starbucks on a warm summer day; this is a drink of desperation, of lacking, of last-ditch efforts to make coffee with virtually nothing but grounds and water. No fire, no pot, no nothing. It is a concentrated version of a cup of coffee that coffee snobs will tell you is boutique so they can charge you more money for it. You’re in your basement now, contemplating killing your whole family if not for the cup of coffee in front of you. Leave the boutique for the bourgeoisie.

Find a coarse grind of beans and dump them into a pot. Fill it with any clean water you can find. You’re looking for a 1 to 8 ratio of coffee grounds to water, which is a much higher concentrate than regular drip coffee (around 1:20). Then wait. And wait some more. You’re replacing time with temperature, as the longer the coffee sits and the longer it steeps, the more flavor will be extracted from the grounds, usually around 12 to 24 hours. The results are actually a smoother, less acidic, and deeper flavored coffee.

Even if you’re not in a SHTF situation, you want to learn how to make coffee without electricity!