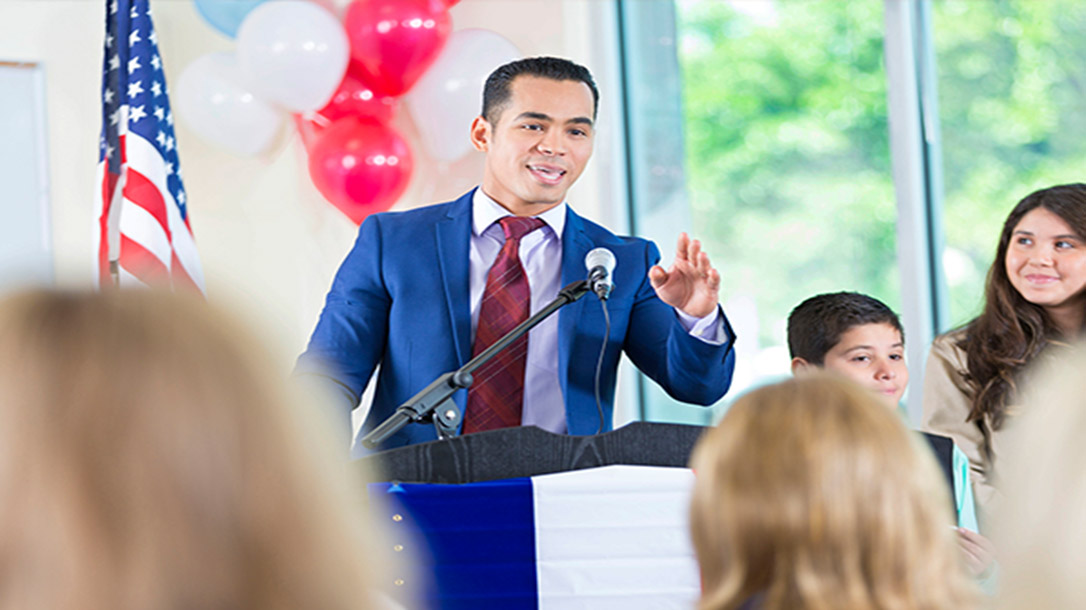 As a society that operates as a democratic republic, our government consists of elected offices at all levels of said government. From the highest office in the land, the Presidency of the United States, to your local school board, each position plays a very specific and important role.

In each election cycle, people from all backgrounds, demographics, beliefs, and political parties choose to take a run at being elected to public office. Those individuals who have previously served know precisely what it takes and what running for a public office entails. However, if one is new to politics, a person will be a little surprised as to what it looks like.

How To Get Elected: It’s A Fame Game

Every one of us has some level of pride and ego. Even the most humble people have the basic human need to be seen. It just naturally goes along with who we are as humans. We like to be liked by others. As we interact with one another and meet new people, a person starts to feel like we may have good connections with a significant group of humans. This connection to others is, of course, an important piece for an aspiring elected official. Like it or not, one needs votes to become elected; to get votes, people have to like and believe in that person.

​This is where it can get a little tricky for newcomers. Unless a person has a family name like the Kardashians, most people overestimate their noteworthiness. There is no quicker way to experience this than running for public office. As a person enters the political realm as an official candidate, they may quickly find that only those in their circle know and understand who they are. It can be a grounding experience as a new candidate for public office goes out on the campaign trail to garner support, and they are met with “who are you again?”

A significant part of running for and serving as a public official is the public part. They will put themselves out there for all to see when they run or serve in such a position. However, only some truly understand what that equals.

One must also consider the quality cameras on every handheld phone that shoot studio-quality video and pictures. Pictures and videos altered with Photoshop or a few clicks of a mouse to tell a story to benefit or discredit anyone. In today’s world of fast everything and blurred lines of acceptable behavior, public officials can quickly find themselves in a scandal at the hands of a self-proclaimed journalist or activist who does not hold their values and beliefs.

Entering the public arena to become elected will equal sharing your entire life, with the world. The separation of personal and professional lives will, in fact, become short-lived. You may even find yourself going viral, but not in a way that medication could remedy.

Elections tend to drain things. Election to a public office requires money for consumables and other expenses. Campaigning takes time, which is time a candidate or public official must spend away from family, friends, and work. Getting elected also has a laundry list of rules that must be followed by the public official, which can be a drain on your brain!

A person will find that it first drains time, then bank accounts. Campaigning for an office costs money. Most times, the first monies spent on a campaign are those of the individual running for election. Many people discount just how much money it takes to run a successful election campaign.​

​One of the sneaky misconceptions of running a successful campaign for public office is just how much time it will strip away from a person’s calendar. First, there are strategy and planning meetings that are a must to ensure you have a good campaign. Then move into getting your name out with the good ol’ sign pounding of your campaign signs. It would be best if you did not forget the events you will need to attend. From the different political party gatherings to the neighborhood get together and everything in between. One thing is certain: your entire week consists of meeting with those you hope to sway your way.

Then there are the rules that apply specifically to elections and those running for public office. Laws requiring specific paperwork filed in exact detail just to become a candidate. There are rules governing campaign finance reports to ensure that any monies received toward a campaign are appropriately recorded and documented. Additionally, rules on getting signatures to ensure that the candidate has the appropriate number of voters who support their bid for public office.

One fact remains true: our Republic depends on good people to move forward as leaders to hold Public Office. Each election cycle sees many great Americans step up to this challenge as they aspire to change what they see wrong. This is what makes our country so great. The hope is to provide a better understanding of what it takes and prepare anyone on how to get elected.