WATCH: How to Escape From a Full Mount and Avoid a Full Beatdown

We’re now up to part four of our self-defense series with pro MMA fighter Sullivan Cauley. If you need a look at his credentials, then check out Sully’s Bellator debut from November 2020. The fight lasted all of 28 seconds as he walked away with a TKO win. So far Sully’s shown us how to use the bear hug in a fight, how to use the push kick to create distance, and how to use the long guard and defend against a punch. Today we’re looking at how to escape from a full mount.

How to Escape a Full Mount

“Full mount,” as they call the position in Brazilian Jui Jitstu, is the classic beatdown position you’ve seen in all the movie fight scenes. My favorite use comes from the classic “A Christmas Story” when Ralphie lays a nice whooping on a bully. The position occurs with one person seated on their opponent’s chest or belly with their knees on the ground on both sides. Generally, someone achieving full mount in a street fight means the end of the altercation. There’s probably some serious damage in store for the guy on his back.

For untrained people, escaping a similarly sized person’s full mount is near impossible. Given the fact that gravity works with the top man and against the bottom one, it’s not hard to do serious damage here. If you ever find yourself stuck in full mount in a street fight, it’s important to know your punches will never be anywhere close to as powerful as your opponent’s while you’re flat on your back. In addition, as opposed to the guard position where the top man is locked up by the bottom man’s legs, there is basically no reliable BJJ offense from the position.

The solution? Get the HELL out of there. You cannot wait here. Odds are every second you spend on your back means more punches and elbows absorbed. So make your move to get out right away.

While covering your face, buck your hips to get your opponent off balance; get some of his weight off of you, and create some space to move. Next, get to one hip and post both hands on one of your opponent’s legs. From there, “shrimp” your hips out as you push off the leg. After shrimping, “post” on your opponent’s chest or head with your forearm or fully extended arm while you put the other arm on the ground to get up. From here, it’s a fight over your bottom leg. Get it out quickly and stand up before he can elevate it and trap you there. As with most moves, executing this technique without real practice is going to be impossible. Head to your local BJJ gym to get the proper reps in and master this skill. 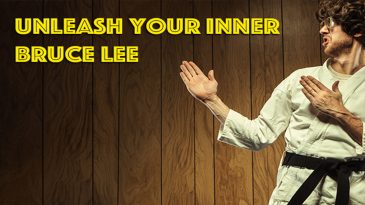 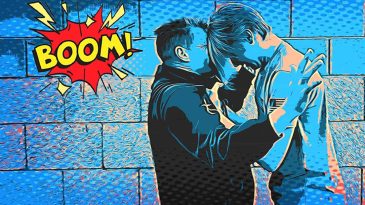