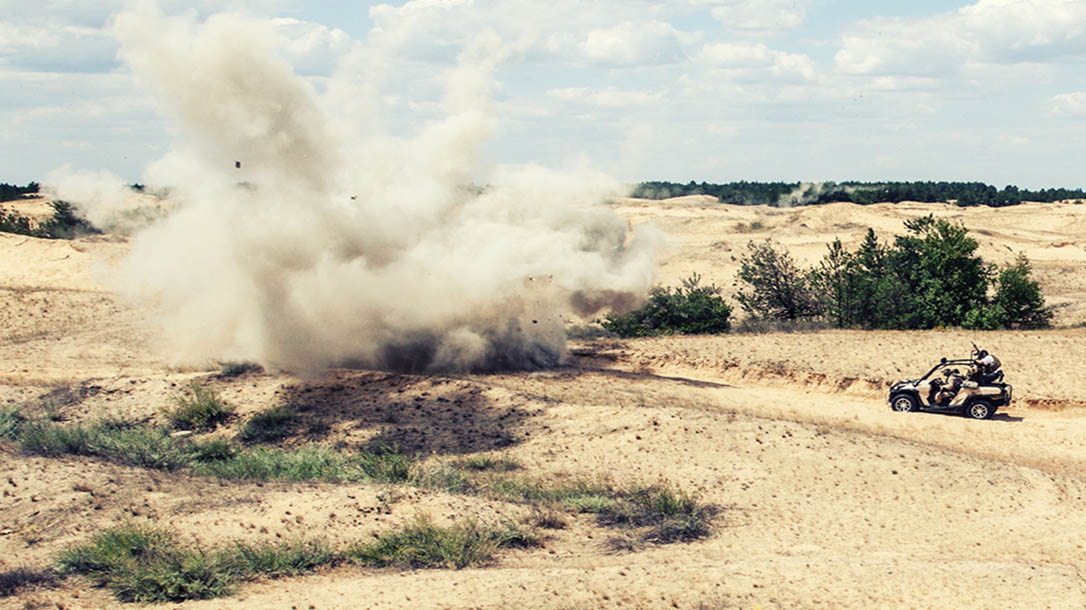 We’ve all likely seen landmines on the big screen. The unwitting actor is walking through a field, and “click,” a familiar audible sound echoes out from under their shoe. They immediately stop, not moving a hair as they look for a way to disarm the mine without getting blown to pieces. They do all sorts of movie magic tricks, like putting a heavy weight on the trigger plate, freezing the fuse with liquid nitrogen, or just jumping really fast off the mine into the waiting arms of the hero.

Well, real life is not Hollywood, and none of those techniques would really work outside a movie set.

There are two main types of landmines in operation. Ones that blow up vehicles and ones that blow up people; anti-vehicle and anti-personnel. According to statistics, over 100 million mines are spread worldwide.

Most landmines have no shelf life, meaning they lay dormant for years waiting for an unknowing person to step on them, causing loss of life or limb. A landmine does not distinguish between an armed combatant and an innocent civilian. They kill or maim just as equally.

Ryan Hendrickson, a former Green Beret and author of Tip Of The Spear, recently returned from Ukraine, where he was defusing mines scattered throughout the region. Ryan is a combat-wounded veteran deployed to Afghanistan [and multiple other hot zones], where he defused Improved Explosive Devices (IEDs).

Ryan joked with me about defusing mines and IEDs, but his humor has a serious backstory. While on a mission to save an Afghani soldier, Ryan stepped on a pressure-plated bomb that exploded, nearly completely severing his foot. Through harrowing surgeries and an intensive recovery, Ryan returned to the battlefield several more times.

Eventually, Ryan left the U.S. Army but continued his mission to serve, most recently in Ukraine.

Ryan said, “This past February, when Russia invaded Ukraine, I felt a calling to do something. I wasn’t sure what, but this calling kept getting stronger daily. So finally, in mid-March, I decided to quit my job and head to Ukraine.” Ryan further said, “I saw a cruel reality of war, injuring and killing civilians daily; Landmines and boobytraps. Suddenly things hit close to home.”

Ryan had a history of disposing of landmines in warzones by blowing them up but not defusing them. His first time defusing a mine was on a humanitarian mission to the battle-torn Ukrainian landscape this past year.

Ryan told me about the first time he disarmed a landmine. Ryan said, “There was a lot of confusion. I was looking at a mine I had seen and touched before. One that I had learned to identify and disarm in the [U.S.] Army during training. I saw them in Afghanistan and even blew them up there, but now I am looking at this mine and am like, “wow.”

There is a heavy bit of respect and intimidation. I told myself I knew how to disarm it, but I also thought, “what if I am wrong?” There was a lot of second-guessing until I started defusing them, from one mine to two mines to three mines, and so on. I’m not going to lie, I knew how to do it, but with that very first mine, I wondered what would happen if I was wrong. What if I just missed a step and just forgot? I got to a point where I told myself if I did, I wouldn’t be around to know it anyway.”

The world is littered with landmines. Thousands of civilians die each year from the deadly remnants of war. Ryan told me, “It’s one of those evil casualties of war that keeps killing long after their military purpose is over.”

Ryan is extremely passionate about his mission to disarm landmines in Ukraine. What hit him hard was the spread of landmines throughout the civilian-populated areas, including thousands of acres of farmland. Ryan is heading back to Ukraine soon to continue his mission to disarm and teach. You can find out more about Ryan’s mission at landmineremoval.org

How Do You Disarm A Landmine?

First off, don’t. Instead, call the police, and they will deploy an Explosive Ordnance Disposal (EOD) squad to come on out and defuse the mine. If the police can’t do it, they will likely call the nearest military EOD unit to disarm the mine.

Suppose you are traveling abroad and see a nifty sign with crossed bones and bold lettering with “DANGER MINES” across it; the best bet is to avoid entering the area.

If you travel abroad to a country that has, at one time or another, been in armed conflict, then there could be a likelihood of landmines or unexploded ordnance located there. We aren’t saying you should know how to disarm a landmine before traveling abroad. But check out the regions before you go and ensure you are well-advised on what areas to avoid. 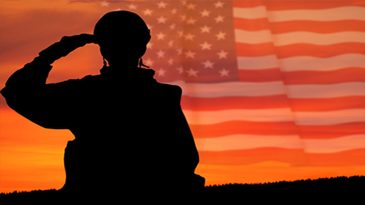 The History Of Veterans Day: Always Thank A Veteran

Now more than ever, we need to make sure that we recognize what it means to be an American and