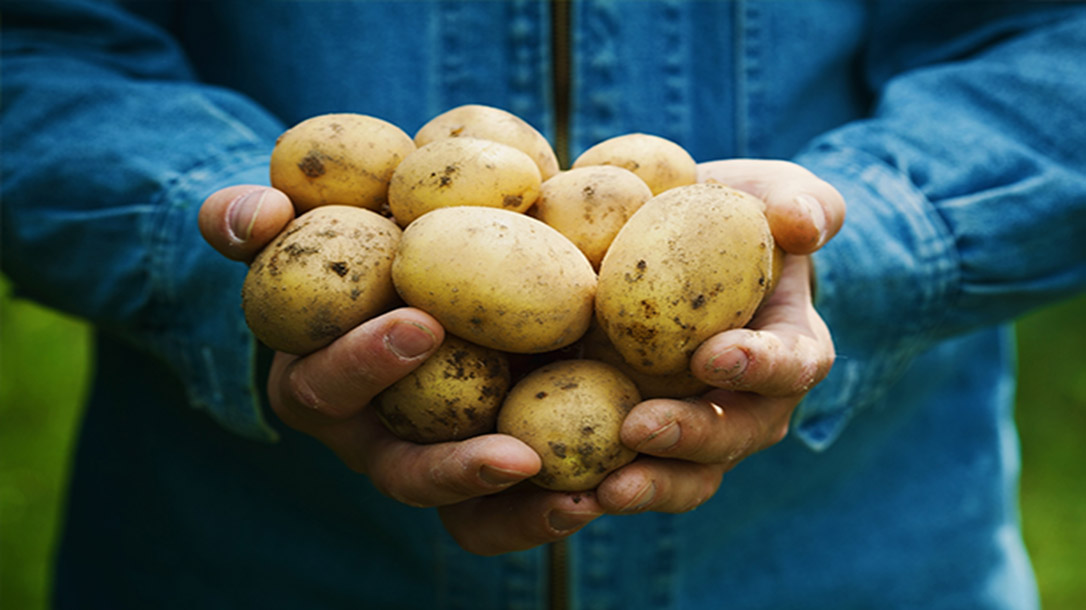 Firing a half-pound vegetable through your neighbor’s wooden fence doesn’t have to be reserved for your younger years. Remember those days when you thought to yourself, “When I’m an adult, I’m going to eat cake for breakfast, lunch, and dinner?” Well, my Tuber Terrorist friend, it’s time to have your cake and blast it through a fence, too.

No one is stopping you from eating cake or learning how to build a potato gun. In fact, building a potato gun is legal even in states like California and Washington. I can only assume this because the projectile is technically vegan. Regardless, one should always consult their community’s local code and regulations before venturing down the starchy path of Tuber Terrorism.

How To Build A Potato Gun

It is worth cautioning you that becoming a Tuber Terrorist is not for the faint of heart. Building a potato gun assembly requires precision and adherence to specific directions, lest you run the risk of blowing off your or others’ appendages. If you treat a potato gun like a loaded firearm, you should be safe.

Like most cannons, a potato gun assembly consists of two major parts: the combustion chamber and the barrel. You load your potato into one end, charge it with fuel, create a spark, and boom: the potato disappears into the fanfare of a loud explosion, laughter, and applause.

Gather Materials For Your Weapon

While a short-barreled potato gun sounds more dynamic, it may be better to have a longer barrel for this venture. Most builders recommend the barrel be around 4 feet in length. Sticking with a chamber-to-barrel length ratio of 2:1 will prove excellent results.

PVC Primer and PVC Cement: This will help you connect all the PVC components. After you’re finished building, the PVC cement also creates an incredible flame when lit on fire, but that’s material saved for a separate article.

Potato(es) – Find a bag of potatoes. Conveniently, this task can be casually completed during your routine shopping trips to avoid attracting unnecessary attention from your spouse. The type of potato is irrelevant so long as it can (mostly) fit into a 2-inch diameter PVC pipe. Shy away from Russet potatoes, as they tend to run large. Stick with either Yukon Gold or Red Potatoes.

Ignition Source: Find an electric BBQ or lantern push-button starter. You will also need some form of aerosol ignition fluid.

After gathering your supplies together, cover your assembly area using newspaper or some form of material that you won’t mind getting dirty. Your spouse generally will not approve of PVC cement sticking to the dining room table. Consider the strategy of liberally applying PVC cement to each part’s inside threading to provide a secure and clean fit.

Cement the outside of one end of the barrel. Gently insert the cemented side of the barrel into the chamber to ensure a snug fit.

Assemble the trigger mechanism for the potato gun by drilling an appropriately sized hole in the 3″ threaded adapter on the bottom of the T-Pipe based on the size of your ignitor. Ensure the flint end (or wires if you’re using an electric ignitor) is positioned inside the T-Pipe. Secure the ignitor using hot glue or another heavy-duty bonding agent.

Allow all pieces to dry thoroughly. The strength of your potato gun relies upon the way it was constructed. Waiting at least 24 hours for the glue in the different parts of the potato gun to dry is optimum to prevent the entire gun from exploding during Tuber Terrorist trials.

After waiting at least 24 hours for your potato gun to dry, take it for a test drive. The likelihood for a nosey neighbor to notify law enforcement when you fire your potato gun is high. Therefore, it’s important to consider all the elements you would typically consider when explosively firing a projectile. Consider your location, your target, the background behind your target, your own personal well-being, and sobriety.

Unscrew the rear cap of the T-Pipe and spray your choice of aerosol ignitor fluid into the chamber.

Hobbyist forums vary significantly on their recommended type of aerosol ignition fluids. Some Tuber Terrorists swear by WD40, while others appreciate dousing a musky dose of men’s body spray into the T-Pipe prior to launch.

Spray, aim, and fire. Push the ignitor button and watch the spuds fly.

Finally, now that you know how to build one, with any luck, your new potato gun will be a hit from at least 200-400 yards away.