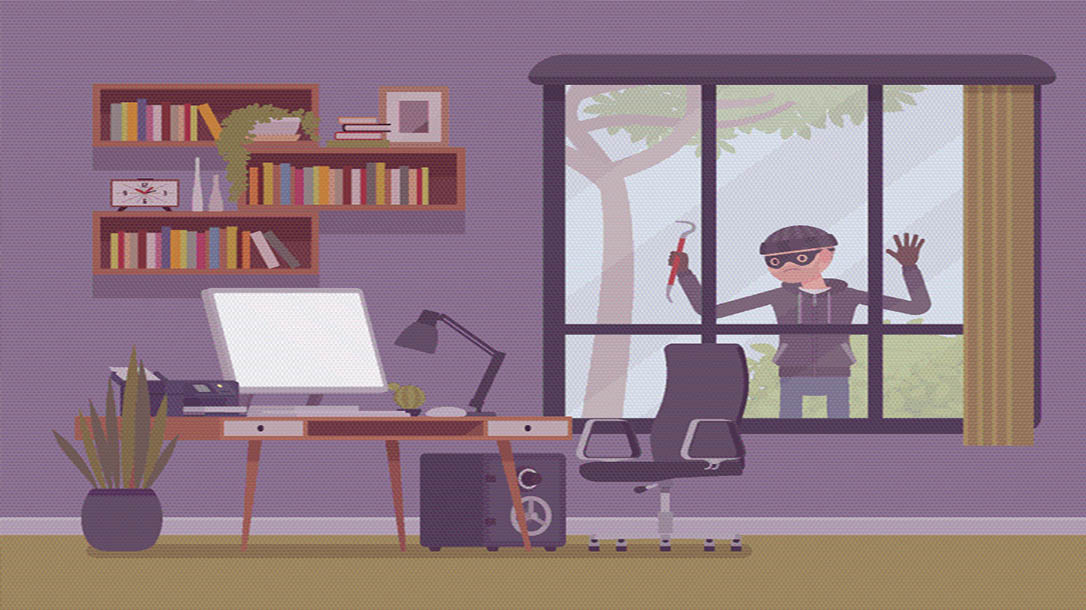 How to Break Into Your Own House: Without Looking Like a Burglar

Not everyone is Jerry Seinfeld and leaves the door unlocked for Kramer, Elaine, and George to pop in at any moment. Some of us want to keep those Newmans away, but sometimes that plan can go awry and you may become Newman instead.

Break Into Your Own House

Everyone has been there – reaching in your pocket for those house keys and coming up empty. Maybe you mutter a curse word or have some second thoughts about what led to this predicament. But one way or another, you have to get into the house.

That may be easier said than done. But for those looking to avoid the hassle and expense of replacing a broken pane of glass, there are a few ways to possibly get inside before taking that last resort. Here are five methods to remember in case you’re trapped outside.

1 – Hop Through an Open Window

Obviously keeping a window unlocked is not a best practice when it comes to securing a home. But attempting to slide a few windows up around the house might just lead to a jackpot. However, be careful when climbing in – breaking furniture inside or breaking a bone could only add to the bad day of forgotten keys.

Second-story windows are more likely to be open, but may require some extra work to reach them. A screwdriver or other tool may also be used to remove a window pane, making opening the window easier and the repair easier than broken glass.

Another thing to remember is to be prepared to answer some questions should a neighbor witness your break-in skills. If the police show up be ready to diffuse the situation and have your ID ready – as well as a good explanation.

Those glass doors bring in plenty of sunlight and may just brighten up your bad day of being locked out. These doors aren’t directly attached to the home and may be able to be manipulated if someone is in real need of getting in the home.

Look to make sure there isn’t a locking bar (usually a wooden rod or stick) in place to keep the door from sliding. Using a flathead screwdriver, pry underneath the door and try to lift it up and out. This, of course, comes with some risk. If the door falls and breaks, there may be even more regrets than forgetting your keys.

If your garage door has windows to see inside, or you just have a good idea of how things are laid out, grabbing the automatic garage door release might be possible.

Grab a clothes hanger and straighten it out with the hook still on the end. Slip the hook through the top of the door where some have a small gap, often with a thin flap concealing the inside of the garage. Angle the hook toward the release latch and give it a tug. Voila!

The garage door should then be open for you to slide it up the old-fashioned way and get inside. Again, just make sure you’re not mistaken for a burglar trying to break into your own house.

Okay, so maybe you’re not a suave Magnum P.I. detective-type. However, even a Joe Schmo can use a credit card to open certain kinds of locks – no payment required. If the door latch is spring loaded, slide a plastic card between the door and the door jam.

Run out of good options? Breaking a window might be the last resort. No one wants to replace a window, but desperate times can call for desperate measures.

A good idea is to look for a smaller window pane so that you may only have a small repair. Also look for a nice spot near a latch to get the window up – quickly, if your home has a security alarm.

Be careful of glass and use a tool that keeps the shattering to a minimum. Slide that window up and crawl inside. Make sure to clean up the glass – a cut foot would only add to an unfortunate and already costly situation.