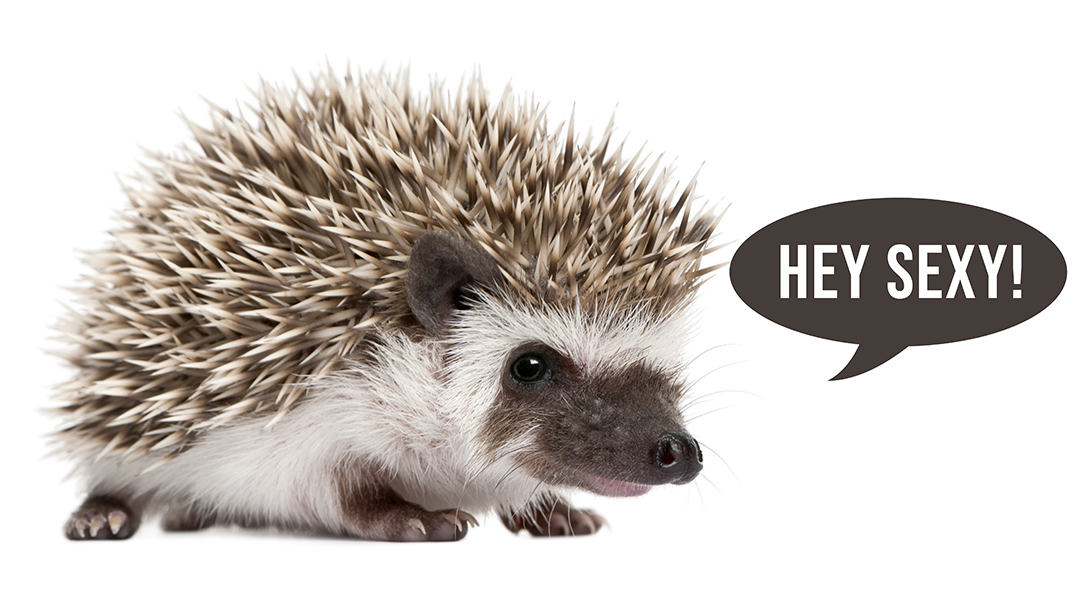 How To Become A Criminal Without Even Really Trying

Here is a look at some of the most ridiculous federal and state laws throughout America that, were you to break them, could actually cause you to do hard time. Although not intended to be a how-to guide, the following will certainly give you a peek into some of the more peculiar ways to become a criminal throughout the United States. So, if you ever do find yourself locked up and the question “So, what are you in for?” comes up, hopefully it won’t be for one of these crimes. Why, you ask? Because being jailed for breaking any one of these inane laws would be embarrassing, to say the least, and furthermore, because we told you so—that’s why.

California has a reputation of setting itself well apart from any sense of normalcy in human affairs, but the same also apparently extends to animals. Animals are banned from mating publicly within 1,500 feet of a tavern, school or place of worship … unlike the stock and bond traders in San Francisco on lunch break.

Don’t get too footloose in Delaware, since alcohol may not be served in nightclubs if dancing is occurring on the premises at the same time.

Sex can be a prickly business in Florida, and being caught having sex in a parking lot will add the title of criminal to your LinkedIn profile. Speaking of pricks, having sexual relations with a porcupine is illegal in Florida as well.

In Indiana, you cannot legally catch a fish with your bare hands.

Forget about paying it forward in Louisiana. It’s a $500 fine to direct a pizza delivery man to deliver a pizza to your friends without them knowing.

Keep your mask on and your cellphone off in Maryland. Persons may not swear while on the highway. Not a chance I could avoid that violation.

The Irony Of Illegal Activity

During hunting season in “The Great Lakes State,” I thought it was mandatory to get a “mitten kitten.” However, in Michigan, no man may seduce and corrupt an unmarried girl, or else he risks five years in prison.

The most-ironic award goes to New York, where it is illegal to congregate in public with two or more people while wearing masks or any face coverings that disguise their identities.

In North Carolina, a marriage can be declared void if either partner is impotent or otherwise sexually dysfunctional.

Why does everybody hate dancing? You can do the “white-guy overbite,” but in North Dakota, you could possibly moonwalk your way to jail for wearing a hat while dancing or even for wearing a hat to a function where dancing is taking place.

Somewhere, somehow, it was determined that we needed a law for this: In Rhode Island, no person may bite off another’s limbs.

In Utah, alcohol may not be sold during an emergency—which is often when you need it the most.

There is nuthin’ like a good gum-job, but even so, in Vermont, women must obtain written permission from their husbands to wear false teeth.

OK, Washington is obviously just looking for attention. Apparently, there is a law there that specifies that X-rays may not be used to fit shoes.

In West Virginia, a person may not hold public office if he or she has ever participated in a duel. (And certainly not the loser, although Chicago is a different story.)

The “Dairy State” takes its shit seriously. In Wisconsin, margarine may not be substituted for butter in restaurants unless it is requested by the customer.

Why, oh why, Wyoming? Junk dealers may not make any business transactions with drunk persons. I guess I won’t be buying anything there.

The Feds Will Get You For The Following:

You cannot mail the metallic spurs that are used for weapons in cockfighting; however, you may ship live, unarmed, day-old poultry.

Milling a miniature spoon could land you in jail according to a federal law that makes it is illegal to manufacture drug paraphernalia.

This one bites! Injurious animals such as a mongoose cannot be mailed.

Makes cents: It is illegal to mutilate a coin.

In Chicago, it has always been a crime to put ketchup on a hot dog, but it actually is a federal crime to sell ketchup that is too runny.

Tag, you’re it! There really is a federal law that prohibits the removal of mattress tags, and furthermore, no one anywhere has the slightest idea why this is illegal.