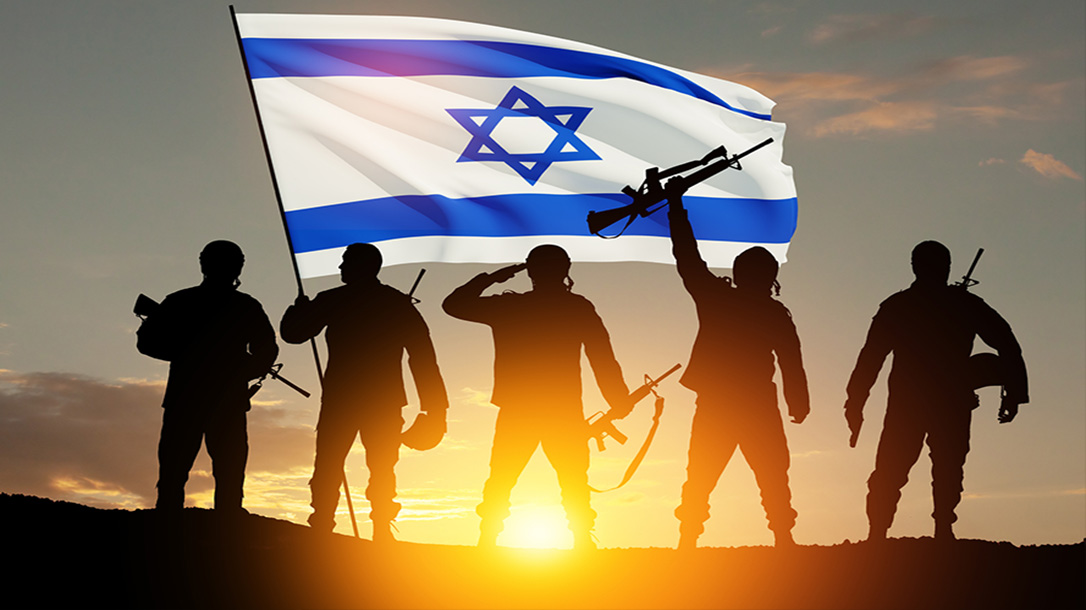 Israel has one of the most respected military forces in the world. The Israel Defense Forces, or IDF, is the military branch of Israel. Formed officially in 1948 and is one of the world’s most battle-tested military forces. The stated mission of IDF is to preserve the state of Israel, protect its independence, and foil attempts by its enemies to disrupt everyday life. They face almost constant conflict with their neighboring countries.

This story involves a young American man of Jewish descent named Ariel. Ariel was drifting through life as a young adult, feeling a distinct desire to do something bigger. As a young adult, the problem is that sometimes you just don’t know what the road to destiny looks like. Ariel decided to listen to his heart and figure it out along the way. This became a “no shit there I was story” about a young man who would follow his dream halfway across the world and ultimately fight for the country of his heritage.

Ariel followed the typical American plan after finishing high school. He was cruising through life, attending college, and figuring out what the future would hold. Ariel grabbed the steering wheel of life to take a hard turn toward what would become his destiny.

Adding to this was the fact that Ariel lost a best friend, which caused him to question what was truly meaningful in life. Then war broke out in Israel, and being of Jewish descent. Ariel felt the calling to stand shoulder to shoulder with his warrior brothers, who have a lineage back to King David. There was a distinct draw, and to his very core, he wanted to immerse himself in the culture and language of Israel.

He was even flirting with the idea of serving in the military forces of Israel, the elite IDF. Of course, Ariel had to sell this plan to his family, especially his mom. This is where a plan to study abroad was created, and Ariel sold this newly formed plan as a move to attend a university in Jerusalem. He knew in his heart that he wanted to do something beyond just going to school in Israel, but this was at least a start.

At twenty-one years old, Ariel was headed to Israel to attend a university and get to know the country, and determine if this was a good path or if he missed the mark. Ariel understood that he needed to be highly proficient in the language to do something significant in the IDF. If he had made a mistake, he at least had an epic experience learning a language and having an interesting, international experience.

In Israel, he began to study the language and the culture. It did not take long for Ariel to realize that in a standard, brick-and-mortar classroom environment, he was only scratching the surface, learning words of the language but not becoming fluent. He also realized that he was learning the modern culture, which was more focused on superficial things, much like the rest of the world. Ariel sought something more profound, a deeper connection with his heritage and understanding of the language.

He also realized that he felt compelled to volunteer to become a member of something bigger than himself and serve the country he had traveled all this way to know and understand. Ariel decided it was time to join the IDF, so he signed up. Of course, not being an Israeli citizen, there was a process involved in becoming a member of the IDF. This process required extensive testing, paperwork, and time. As the clock ticked away on the process, Ariel knew it was time to dive into the culture.

Ariel found a way to make these deeper connections. He withdrew from the university in Jerusalem with some basic directions from a friend in the form of a note and no money to his name whatsoever. Ariel followed the directions, taking him on a bus to a small village and searching for a shepherd named Boaz. Upon arriving at this village, he found that it wasn’t much more than some broken-down trailers and makeshift shelters in which the shepherds lived. Ariel found a man working underneath a broken-down tractor and did his best to put together sentences in Hebrew to find the man named Boaz. This, in fact, was Boaz, and through a complicated translation of the Hebrew, he could understand facial expressions and hand gestures, and Ariel found his new home.

Over the next year and a half, Ariel lived in this village as a sheep herder, making no money but instead getting food and shelter in return for his work. Speaking of shelter, Ariel’s new home was, in fact, not much more than a roof and four walls,.

He was, in fact, fully immersed in the culture and, within months, had a grasp of the language and a more profound understanding of the Israeli and Jewish culture. After a year and half of waking at three in the morning for a three-hour prayer session, spending the remainder of the day caring for the herd, only to finish the night with guard duty because all of the surrounding villages were enemies of the Jewish encampment, Ariel was called to his final destination.

Ariel left the small remote village and headed off to start his training and assignment to the Israel Defense Forces. He soon realized that he was qualified to move to a Special Forces division of the IDF, and after completing the rigorous trials, he moved into that unit. Ariel went on to serve three years active and then seven years of reserve status in the IDF before returning home to America with the deepest understanding and love of his Jewish heritage.

Ariel continues to strive for a meaningful life running a security consulting firm serving high-net-worth families and individuals, government and corporate clients, as well as schools and community institutions. He and his wife run a non-profit that supports community security initiatives and community development projects across the US and abroad. Ariel returns to Israel from time to time to further serve with the IDF, but only in exceptional circumstances.