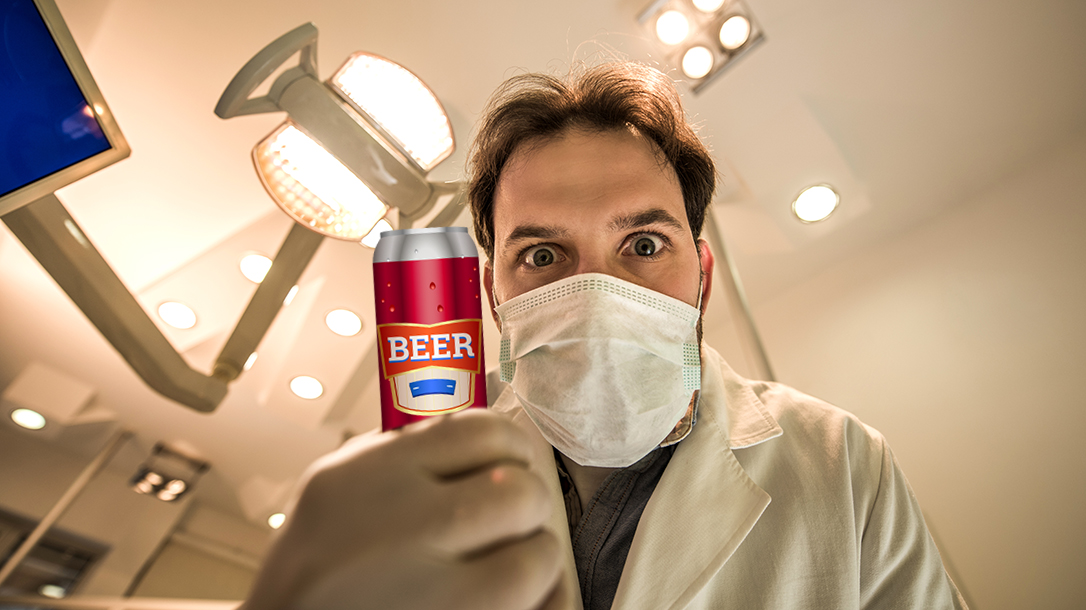 How Doctors Saved A Life With A Cold Beer Infusion

On Christmas Day 2018, 48-year-old Nguyen Van Nhat arrived at General Hospital in Vietnam’s Quang Tri province. His beer drinking buddies likely noticed he was having intense symptoms of alcohol poisoning. It was when he fell unconscious that he was taken to the hospital because, it turns out, Nguyen had not consumed enough alcohol to be so intoxicated that he lost consciousness.

Anyone who ingests a mild amount of alcohol but is suddenly finding themselves dizzy, nauseous, experiencing a lack of coordination or is losing consciousness, has a big problem. They have consumed one of the three types of alcohol: methanol, or isopropyl alcohol. All three are harmful to humans, but only one of them is delicious. The other two will straight up kill you.

Doctors began to suspect that Nguyen was not drinking the good one this Christmas. When they tested his blood, they found it was full of methanol, one of the extremely harmful types. It can be deadly when consumed but even if it doesn’t kill, it can still cause paralysis or blindness. Doctors quickly determined that what this man needed was a beer.

Actually, he needed about 15 beers. We have likely all joked about taking beer intravenously at some point in our lives. Nguyen Van Nhat actually did it.

How Nguyen came to have consumed methanol wasn’t immediately clear. Though often used in paint thinners, synthetic fibers, and other chemical uses, warning labels are explicit in explaining the harm that can come from drinking industrial alcohol. Unfortunately, methanol can also be found in cheap, bootleg booze and the doctors were betting that’s how Nguyen consumed it.

The difference is how the alcohol is made.

Ethanol, the (relatively) safe drink we all know and love, is made by distilling fruit or grains. Methanol comes from distilling wood fibers. Tens of thousands died in the United States during the Prohibition era from drinking wood-based alcohols, made by (hopefully) well-meaning bootleggers or from the government poisoning legal alcohols (but that’s a whole other story).

Back in the 1920s, however, there weren’t any effective treatments for methanol poisoning. Science has come a long way and methods of cleaning the blood outside of the human body were developed during World War II. The trick for methanol poisoning is how to keep the liver from processing the lethal substance. Beer was the answer.

As soon as the doctors realized what was happening, they gave Nguyen three beers, one after the other. When the organ starts to process methanol, an enzyme called alcohol dehydrogenase first breaks it down into formaldehyde, then into formic acid. Both of these are highly toxic to the human body. Giving beer to the patient slows this process down because the liver prefers beer — as do we all.

Doctors gave Nguyen beer because the human liver will literally prioritize breaking down ethanol over methanol. When the liver breaks down good ol’ ethanol, it uses the same enzyme to break the substance down into acetaldehyde, then acetate, then water and carbon dioxide. This is also known as a “good time.” Introducing the beer bought doctors the time to save Nguyen’s life.

While Nguyen’s liver was busy slamming beers over the course of the day, doctors began performing dialysis. The machine essentially acts as an external kidney, cleaning the blood of harmful substances. Doctors ran all of the man’s blood through the hemodialysis machine, cleaning it of any methanol.

These days, the treatment is so common, it’s almost certain to be effective. Nguyen Van Nhat survived drinking methanol, even though the methanol in his blood was 1,119 times higher than the acceptable level.

While methanol can be found in most alcoholic beverages, even here in the United States, sticking to buying booze from reputable sources and trusted brands will keep even the most undiscerning drinker from spending the night in an intensive care ward.

For more cool stories like this one, check out our podcast Skillset Live!  Get in on the conversation on our social media pages or pick up a back issue at OutdoorGroupStore.com!