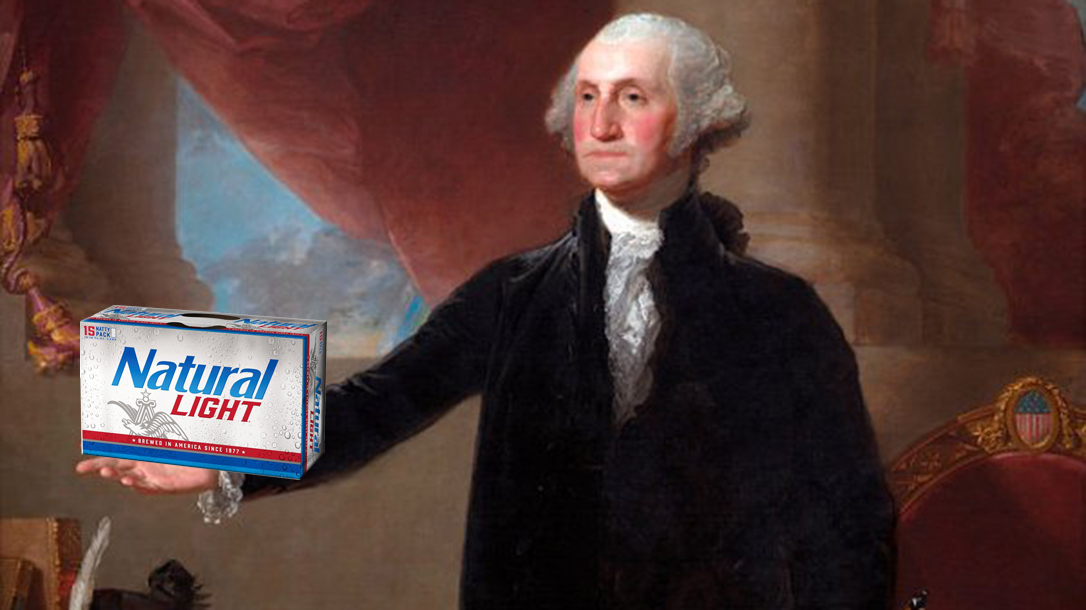 How Beer Helped Form The Foundations of America

It’s a well-documented fact that the Founding Fathers of the United States of America enjoyed a drink. George Washington served beer to anyone who dropped in. James Madison drank a pint of whiskey before work every day. The first Constitutional Convention ran up an amazing $17,000 bar tab before creating the document that gave them their name.

Even the Declaration of Independence was written in a bar as Thomas Jefferson downed a few bottles of wine.

But the roots of the American experiment with democracy go back much further than the 18th Century. As a matter of fact, they date all the way back to the Mayflower, when Puritans from England landed in what we now know as Massachusetts.

The original Massholes aboard the Mayflower weren’t intent on landing where they did. They were supposed to land in Virginia, but Captain Christopher Jones saw a very large problem with going all the way to Virginia: He wouldn’t have enough beer for his sailors to make the return trip to England.

Of course, these days, the idea of altering an entire colonization plan because you’re running out of booze sounds ridiculous to some people. Other people recognize the importance of having a good time. Back then, however, it was a critical decision to make.

In the earliest days of our country—and actually, humanity—beer played an important role. As humans began to build towns and cities and living closer and closer together, they began creating latrines that were closer and closer to their sources of water. As a result, the water supplies would become contaminated with fecal matter and all the kinds of bacteria associated with it.

Back then, humans didn’t know this, of course. The idea of small, unseen pathogens wouldn’t take hold in medical science for almost 500 more years. While the water may have been harmful, the beer was always good to go.

The way beer is made ensures that it’s clean and cleared of protozoa, harmful bacteria and other pathogens. Boiling water for a minimum of three minutes is enough to purify it. To make beer, the wort is boiled for around 60 minutes, pretty much killing off anything in the water that might harm someone.

Brewing hops in the beer is not just a way to make it flavorful and appease craft beer hipsters, it was actually necessary to preserve the beer. After the malt ferments, beer is still susceptible to contamination. Beer goes sour when alcohol-resistant microorganisms start to grow in it. Boiling hops in the brew helps stunt the growth of that kind of bacteria and helps beer keep for longer.

Back aboard the Mayflower as it was still sailing for Virginia, the ship’s water began taking a turn for the worse. It was compromised by saltwater, and it began to show signs of brackishness. Jones realized that the beer aboard the ship would be the only safe source of hydration for anyone aboard during the coming days. So, Captain Jones did what any thoughtful commander would do for his crew.

He threw the Pilgrims off the ship early.

Far from Virginia, on Dec. 19, 1620, he famously landed the colonists at Plymouth Rock and cut off their beer supply as they began to carve out a life in the new world. Despite what your school history books tell you, the Pilgrims were not thrilled with having to drink water and repeatedly appealed to the ship’s crew for more beer. The answer was a firm no.

The Mayflower spent the winter near Plymouth in Cape Cod Bay and even allowed the Pilgrims back aboard the ship to escape the winter weather from time to time. The only time the crew allowed them to have some of their beer was on Christmas Day.

The Pilgrims weren’t the only residents of the New World who missed their beer. In March 1621, a native man walked into the Plymouth colony shouting in English and asking the residents if they happened to have any beer. That native was the man commonly known as Squanto, and he helped the English learn to grow food and thrive in their new home—another example of how beer was pivotal in the early years of the formation of our nation.

For more alcohol fueled talk, check out our podcast Skillset Live!  Get in on the conversation on our social media pages or pick up a back issue at OutdoorGroupStore.com!