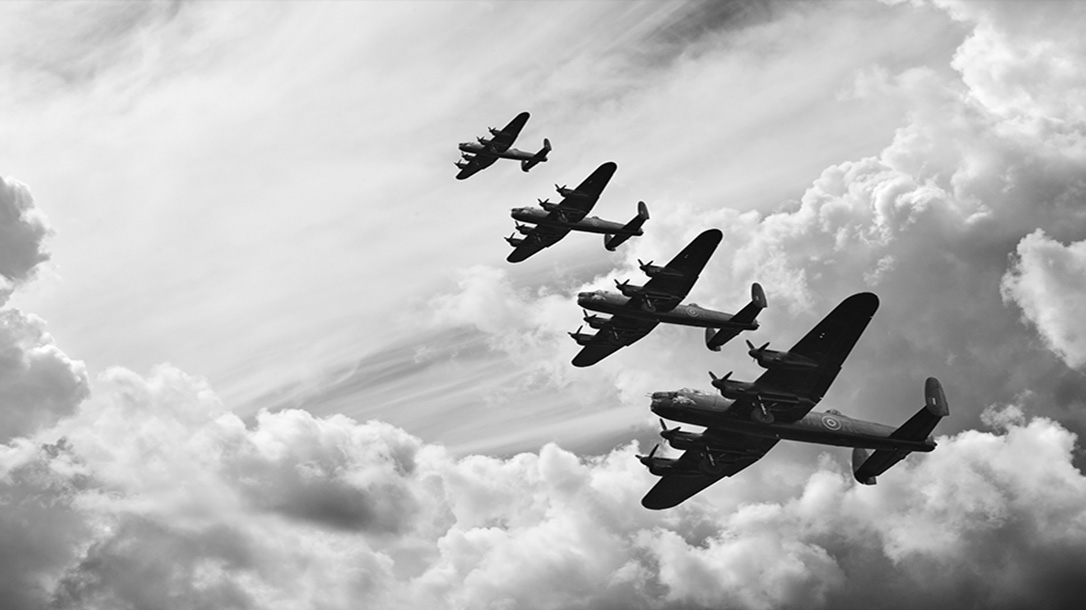 In December 2009, a Henrico County, Virginia homeowners’ association (HOA) went to war with one of its members. It seems the owner erected a 21-foot flagpole on his front lawn without the HOA’s approval. After deeming that the flagpole hurt the “curb appeal” of the neighborhood, the HOA ordered the owner to take it down, threatening legal action.
They didn’t know who they were messing with.

The HOA War Of The Century

The flagpole and the house belonged to retired U.S. Army Col. Van T. Barfoot, and Col. Barfoot had legions of supporters to back him up against the HOA’s threats. He’d seen much worse than a bunch of commies running a homeowners’ association. After all, he’d received the Medal of Honor for fighting Nazis in Italy during World War II.
Barfoot, typical of a World War II veteran, followed the U.S. flag code precisely every day. Every morning he raised the Stars and Stripes to their spot at the top of his 21-foot flag pole. Every morning he lowered it reverently and, without letting it touch the ground, he folded it into the prerequisite triangle, ready to be raised once more the next day.

There were no restrictions against flagpoles on his property in the HOA bylaws. So why the HOA war started in the first place is a mystery, but at some point in 2009, a few neighborhood residents decided it had to go. They hired the law firm of Coates & Davenport to send Barfoot a letter about his flagpole, threatening the 90-year-old vet with a lawsuit if he didn’t comply.
He didn’t comply.
​​“In the time I have left, I plan to fly the flag without interference,” he told the Associated Press.

Van T. Barfoot joined the U.S. Army in 1940, long before the United States entered World War II. After the bombing of Pearl Harbor, he was promoted to Sergeant and sent to an amphibious unit in Virginia until 1943, when he became transferred to the Italian Front. He first landed in Sicily and again landed at Salerno on the Italian mainland.

It was on the mainland where Barfoot took on three machine gun nests and a Nazi armored counterattack by himself. He and his men were assaulting a fortified enemy position, where the Germans held the high ground. He crawled through a minefield by himself and took out a Nazi machine gun nest with a grenade. Entering the enemy trenches, he killed its defenders and took out a second gun emplacement. By the time he reached the third, they had already surrendered to him.

He had killed eight Germans and captured 17 prisoners of war before an enemy counterattack came. This time, Barfoot faced down three Tiger tanks, an enemy that would have sent even Sherman tanks into a defensive posture. Not Barfoot. He walked right into the path of the tanks and took one of them out with a bazooka before killing its crew, sending the other Tigers running. Barfoot advanced on foot, pushing into enemy-held territory and destroying a German artillery gun.

After walking back to his unit, he helped carry two of his seriously wounded soldiers off the battlefield. He received the Medal of Honor for his gallantry and then served in the Korean War and Vietnam War before retiring in 1974.

And this HOA wanted him to take down his flagpole. It wasn’t going to happen. For this HOA war, Van T. Barfoot wasn’t alone. Help came from tens of thousands of supporters, including a local law firm that volunteered to take his case for free. Fox News ran a story about it, which brought the American Legion, Virginia Senators Mark Warner and Jim Webb (himself a veteran), and White House Press Secretary Robert Gibbs into the battle.

Also reinforcing Barfoot’s position was the U.S. Army’s 157th Infantry, Barfoot’s old unit.
Make no mistake: homeowners’ associations are creeping communism. We work all our lives to achieve the American dream of owning a home. Van T. Barfoot was willing to die for that dream and was it not for his balls of steel; he might have. But the idea of an HOA allows Ralph and Karen from down the street to decide they don’t like the flagpole he built on his property and make him take it down.

The Sweet Smell Of Victory

No dice, comrade. Ultimately, the HOA War was one more battlefield victory for Van T. Barfoot. They were lucky they didn’t meet the same fate as the Nazis he fought in Italy. Like the North Koreans, Chinese, and North Vietnamese, the HOA was just one more communist outfit that fell to a lifelong American soldier.
The Virginia State Legislature would pass a law in the wake of the HOA war that forbids homeowners associations from banning flagpoles unless they can prove that the poles cause actual harm to the neighborhood.

Barfoot’s flag flew from its first raising on Veterans Day in 2009 until Barfoot’s death in 2012, after he fell and broke his skull at age 92.