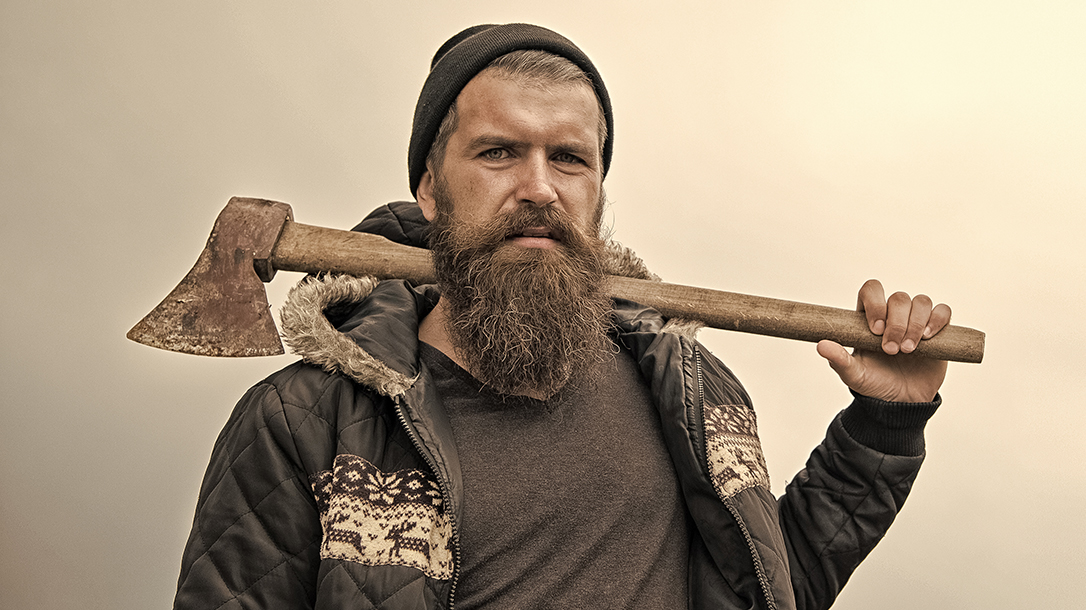 Beards Are The New Six Pack: History Of The Mug Rug

For almost 20 years, beards have been a popular face adornment for the American man. Beards have, of course, been worn since the beginning of time, but our feelings about them have changed often throughout history. There are countless reasons why men wear beards—for religious purposes, cosmetic reasons, to cover up a nasty scar, for vanity or fashion, and perhaps, for many Skillset readers, tactical reasons (more on that later). Beards are also worn in all styles, shapes and sizes. Close-cropped stubbly beards, bushy hedgehog beards and the no-mustache beard are just a small sampling of numerous styles available to choose from.

Grooming oneself is also a practice that goes back to ancient times. Many cultures had rituals of hair cutting and shaving, yet for some ethnic and religious groups, not shaving one’s face and head was a commandment established by the Lord. In the Torah, the Jewish book of laws revealed to Moses by God (for those of you scoring at home, this was around 3,300 years ago), cutting one’s hair near the temples and cutting one’s beard was a no-no. One particular passage about shaving can be found in Leviticus 19:27: “You shall not round off the corner of your head, and you shall not destroy the edge of your beard.”The practice of growing beards, many Jewish scholars contend, has to do with not conforming to the grooming practices of the Israelites’ adversaries from biblical times.

If we look at the last 240+ years in America, beards have come and gone in terms of popularity. In the history books, there are not many drawings of our country’s founders wearing beards during the 1700s. This may have to do with their position as public figures and also European-influenced grooming standards. The frontiersman and pioneers of the early days of America were fond of beards, which would be congruent with what we imagine a rugged man living off the land and battling wildlife would look like. Trappers, mountain men and gunslingers lived life on their terms and groomed themselves how they saw fit. In the early days of the U.S. military, grooming standards were enforced, except for cavalry soldiers or when a military campaign was underway.

In the latter half of the 1800s, we see beards worn by military men like Grant and Lee, homesteaders and even presidents like Abraham Lincoln. At that period of time, wearing a beard or not wasn’t some sort of fashion statement; it was just a common choice made by lots of men. Moving into the 20th century, beards and sideburns disappeared in the U.S. military, and hair was kept no longer than one inch. One of the chief reasons for the grooming standard was so that a good seal could be made on the face when wearing a gas mask. The use of mustard gas during World War I made this a necessity.

As soldiers returned home from that war, the clean-shaven look took hold in America. Beards fell out of fashion and disappeared from the faces of common folk, and places of employment often established grooming standards for employees. Think of the famous people of the first half of the 20th century; how many had beards? Babe Ruth, Jesse Owens, Al Capone, U.S. presidents, Hollywood and Broadway stars—all beardless, apart from some actors who wore beards for roles.

company at that time, and you won’t find any bearded leaders, except for Colonel Sanders. There were, of course, pockets here and there in America of men wearing beards, particularly in the South.

Around the mid-1960s, something started to creep into mainstream America—the counterculture. Going against the grain became the “in” thing. Men wore their hair longer, grew beards and burnt draft cards to protest the Vietnam War and conformity in general. The hippie, with his tie-dyed shirts, marijuana and nonconformist attitude, would sport a beard, much to the chagrin of his parents of the previous generation. In a number of B-rated movies of the ’50s and ’60s, the leaders of the outlaw motorcycle gangs in these films seemed always to have beards because it was a symbol of defiance.

The hippie look went mainstream and morphed into bell-bottoms, mustaches, gold necklaces and long sideburns for much of the 1970s. The rock musical Jesus Christ Superstar took Broadway by storm in 1970 and Hollywood in 1973. It was not uncommon during this period to see dudes in big cities like New York and Los Angeles walking around looking like Jesus Christ. As the hippie look of the decadent 1970s faded, the 1980s saw the clean-cut look return, along with the growth of corporations, Wall Street and the proliferation of “yuppies”—young urban professionals.

Beards weren’t a cultural phenomenon for much of the 1980s. The beard-wearing men of the 1980s seemed to be religious people, literature professors, good-old boys from the South or members of the blues-rock band ZZ Top. Nevertheless, there was a famous action-movie star during the 1980s who wore a beard in his roles and who also gave the beard an air of badassery. Of course, that person was none other than Chuck Norris. The films Lone Wolf McQuade, Delta Force, Missing in Action and Code of Silence all featured Chuck wearing a beard, taking names and kicking ass.

Next, during the 1990s, the goatee became a status symbol for those who would be seen as badasses. A shaved head with a goatee was a look that many men adopted during that decade. If you threw in a tribal arm tattoo, you were ready to rock from Venice Beach to Las Vegas to South Beach. The internet was entering the mainstream, and the economy was strong. President Clinton had a thing for interns and cigars, and life was groovy going into the new millennium—then bang! 9/11 happened.

Almost overnight, America was on a mission to track down those responsible for these attacks. This undertaking would require highly trained special operations and paramilitary intelligence units to infiltrate Afghanistan to hunt Osama Bin Laden, the leadership of al-Qaida and leading figures of the Taliban. Across Afghanistan, it was culturally normal to wear a beard; however, it had been decreed by the Taliban that all men had to wear beards or suffer punishment, even if they had secular beliefs. To curry favor with potential allies in the mountains and villages of Afghanistan, special operators grew their beards to show respect. Before long, wearing a beard as a U.S. military serviceman became a status symbol of the special operator. When combat operations started in Iraq, more special operators were granted permission to grow their beards.

While the Global War on Terror was in full swing, images were shown of our brave, bearded warriors (with their eyes and noses blacked out) fighting abroad in Afghanistan and Iraq. To supplement the security of combat and diplomatic operations, private military contractors would deploy former special operators. Beards and goatees were quite common among the team members of private security details. The “tactical look” became a thing—a beard or goatee, cargo pants, Salomon shoes and a polo shirt with  badass logo. Dudes were dressing as tactical operators, even if they worked behind a computer all day. (“Hey Phil, are you like in the Reserves, or did you get deployed as a private military contractor?” Phil: “I can’t talk about it.”) You just weren’t “tacticool” unless you had a beard or a goatee.

Do You Even Operate Bro?

Terms like “elite” and “tactical” began to acquire additional significance in the American lexicon. The fitness organization CrossFit expanded across America and the world, often showcasing bearded athletes and even promoting beard-inspired workouts that underscored their motto, “Forging elite fitness.” In 2007, the movie 300 was released, featuring a cadre of ripped Spartan warriors led by the bearded King Leonidas. Dudes were motivated to work out, grow beards and bring that look into the workplace. By this time during the first decade of the 21st century, beards were fully synonymous with badassery.

Across the 2010s, beards had become completely mainstream. You could be a special breed of warrior, an IT engineer or a hipster coffee barista and have a beard. Or you could transition your gender to male and proudly sport a beard (while injecting boatloads of steroids and testosterone). Beards became acceptable for everyone, not just the badasses and rebels of society.

Now, in the age of COVID-19, preferences about beards have gone in differing directions. Some dudes have shaved or severely trimmed their beards so they can better wear masks. Others have grown out their beards because they figured no one was going to see them anyway during the lockdown. Regardless, across American history, the only constant in public perceptions about facial hair is change. And only time will tell what the 2020s have in store for the fashion and functionality of the beard.