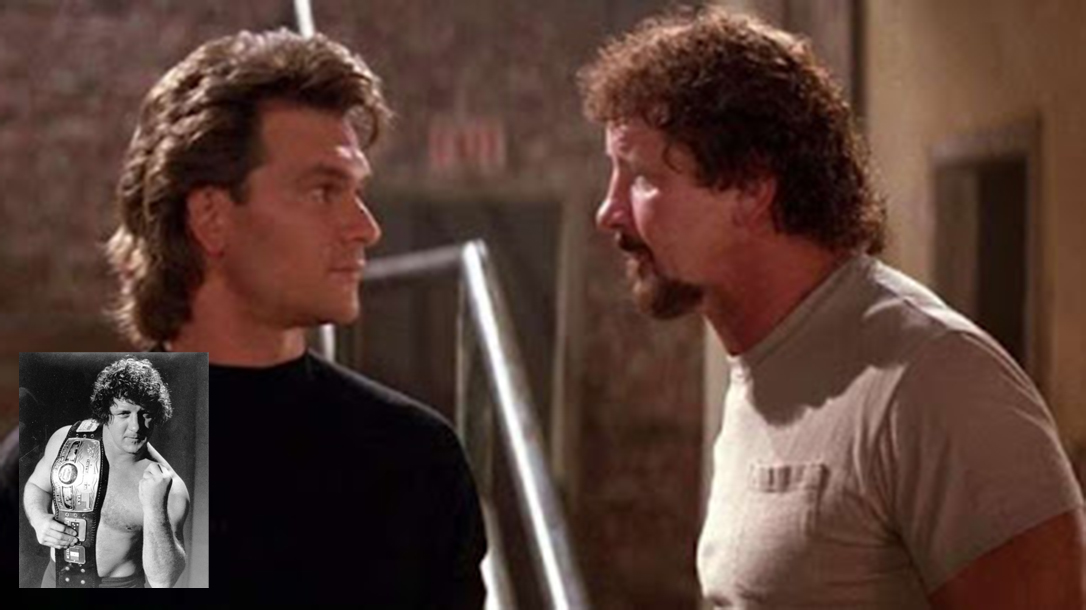 You can’t keep a good man down and when it comes to legendary pro wrestler Terry Funk, he’s gonna kick out and get up every time.

The early days of professional wrestling was the only arena where a guy who looks like Jeremy Renner after a night of drinking turpentine can achieve nationwide acclaim based solely on his dedication to athletic performance.

“There might be no one in the arena, but if there are only a few people who busted their butts to get there, by God, I’m gonna give them something to take home and say ‘I got my money’s worth,” Funk told a local ABC reporter in 2016.

And he did, every time.

The world of professional wrestling has come a long way since Terry Funk first entered the ring. He came from a family of wrestling royalty. His father, Dory Funk, Sr. was a World War II veteran and wrestler himself. After his active career came to an end, he became a promoter and watched his sons Dory Jr. and Terry ringside during their matches.

Terry Funk was an active wrestler for a 50-year time span, but it took a long time before his truly (and later, literally) explosive matches hit TV screens. Wrestling had only been on television for about a dozen years but was starting to hit its stride, leaving the state fairs and blasting into people’s living rooms like a real-world Kool-Aid Man.

He first started wrestling in 1965, when wrestling in America was still more of a curiosity than a worldwide phenomenon. After winning titles in every major wrestling league (and some minor ones) and retiring at least seven times, Terry Funk is a name that will live forever in the hearts of wrestling fans everywhere.

In those early days, professional wrestling was a loose confederation of promotions across America. Funk started in Western States Sports in Amarillo, where he and brother Dory were big names by 1970. Five years later, the confederations joined up to form a National Wrestling Alliance and Terry Funk became the champion, a title he held for 14 months.

Funk was one of the sport’s biggest draws and made the stars of his opponents shine brighter. Jerry “The King” Lawler, Dusty Rhodes, and Jack Brisco were some of his biggest matches in the 1970s and early 1980s. But Funk, like wrestling itself, hit the mainstream with the rise of the World Wrestling Federation (now called World Wrestling Entertainment).

Back then, the biggest names in wrestling quickly became the gimmicky characters with memorable personalities. Few were more memorable than Terry Funk whose ring persona made viewers believe he might actually be insane. He carried his old cowboy gimmick to the WWF, where he brought along a branding iron to brand his fallen foes and joined forces with other good ol’ boy types.

After two years in the ring with the WWF, he moved to World Championship Wrestling, all the while becoming a sensation in Japan. With WCW, he turned heel and became part of Gary Hart’s J-Tex Corporation, feuding with Ric Flair and the Four Horsemen, which included Arn and Ole Anderson and Sting. It was a high point for both Funk and WCW, giving the first real challenge to WWF’s wrestling supremacy.

Despite working alongside wrestling’s biggest names and experiencing success in both the WWF and WCW, Terry Funk was never a household name like Hulk Hogan or Andre the Giant. But that huge fanbase he had been building in Japan, called to him, so he would soon go East, where his style and character changed forever.

When Terry Funk returned from Japan, wrestling would never be the same.

In Japan’s IWA, he ditched the traditional style of wrestling and turned extreme. Way extreme. His matches were soon filled with glass, chains, and barbed wire ropes. During his time in Japan in the mid-1990s, he also picked up a protege, his soon-to-be friend Mick Foley. Foley and Funk were known to absolutely destroy one another in the ring, beginning with 1995’s No Ropes Barbed Wire Exploding Barbed Wire Boards and Exploding Ring Time Bomb Death Match.

That was really what the match was called.

It was part of a “King of the Death Match” tournament, featuring ladders and C-4 rigged boards. Foley, as Cactus Jack, defeated Funk, but the match propelled them both to worldwide wrestling acclaim. Funk was now a king of hardcore and returned to the U.S. as part of a new, emerging force: Extreme Championship Wrestling. With him came Cactus Jack, barbed wire ropes, and a litany of other hardcore staples that ensured Funk and his opponents would be bleeding by the end of the matches.

At age 50, Terry Funk agreed to help get ECW off the ground, even as doctors told him he had degenerative arthritis in his knee and would need to replace it. He famously still performed in an ECW match — its first Pay-Per-View in 1997 — the week after his diagnosis. His hardcore draw was significant and his presence with ECW worked. That same year, the stars of ECW presented Funk with a special championship belt, that of Lifetime ECW World Heavyweight Champion.

By the time Terry Funk returned to the WWF in 1997, the wrestling world had changed yet again. “Stone Cold” Steve Austin was then the biggest name in what was suddenly referred to as “sports entertainment.” After a year, he retired once more but it was short-lived. He would return to both ECW and WCW, where he became WCW’s only three-time Hardcore Champion. Funk would also feud with another set of up-and-comers, the New World Order.

Between 2000 and 2017, Funk would make sporadic returns to the big stage of the newly-branded World Wrestling Entertainment (WWE), all the while performing on independent wrestling circuits. As he turned 60, he was still giving the performances of a lifetime, even if the TV cameras weren’t broadcasting nationally. When he did appear on WWE, he would still be hitting Mick Foley with flaming 2x4s of solid wood.

After seven retirements, so many championships and a long career that earned him worldwide notoriety, Terry Funk was finally inducted into the Pro Wrestling Hall of Fame in 2009. Four years later, he inducted his friend Mick Foley too. Today, Funk is 77 years old and all those years of taking shots may have caught up to him. He struggles with dementia and is in an assisted living facility. But his years of epic performances can still be seen on television and online, because 50 years of sending people home with their money’s worth will not soon be forgotten.