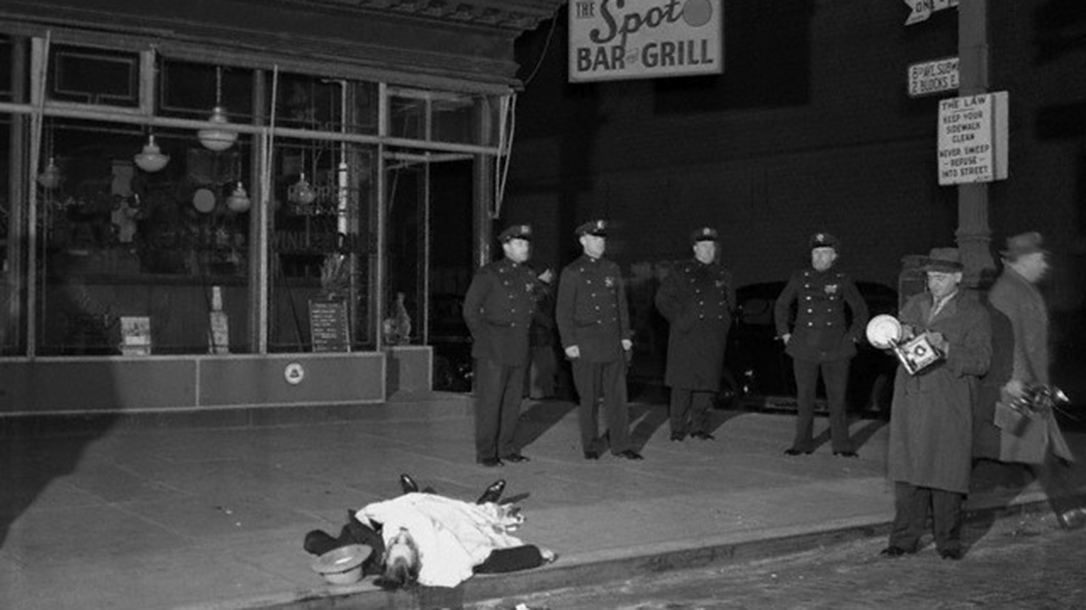 Just the name “Hell’s Kitchen” is enough to impart a sense of grit and badassery. This iconic New York City neighborhood has seen its fair share of history — the blight of crime and violence, and then ultimately gentrification and re-birth. Even in modern day Hell’s Kitchen, with its multi-million dollar real estate addresses and up-scale restaurants, on certain street corners and back alleys one can sense the ghosts of a different era of New York City.

What Is Hell’s Kitchen?

The location of Hell’s Kitchen runs from west of 8th Avenue to the Hudson River and north and south from 34th Street to 59th street. There are different origin stories as to how the neighborhood got its name. By the mid 1850s, the area was predominately comprised of Irish immigrants. They sought refuge from the Great Potato Famine back in Ireland.

Though there were pockets of German, Italian, and Jewish immigrants, the Irish took ownership of the neighborhood, for lack of a better term. Work often consisted of building railroad lines, slaving in tanneries, and working the docks on the West Side; not exactly jobs for the faint of heart. After a gruesome set of murders and riots in 1881, the Hell’s Kitchen name stuck.

The Element of Hell’s Kitchen

Various criminal gangs made names for themselves, such as the Hell’s Kitchen Gang, the Parlor Mob, and the Gopher Gang. They shook down businesses for protection money and ran gambling operations, among many other vices. This led to many people spending their last moments face down in the Hudson River if they dared challenge one of the gangs.

The shipping docks were prime real estate for organized crime. The classic movie “On the Waterfront” starring Marlon Brando depicted what life was like working on the docks under the influence of organized crime figures. Gangs competed for control of two things at the docks. Firstly, gangs wanted control of the goods illegally offloaded from cargo ships. Secondly, they wanted control of the labor unions. That fight escalated in the first half of the 20th century.

With Prohibition underway, violence over control of the docks and railroad only intensified. How lucrative was control over all of those elements? Well, Mobster Owney Madden was so successful at bootlegging, extortion, and even murder during Prohibition, that he invested in an uptown Harlem nightclub; it became the infamous Cotton Club.

Hell’s Kitchen was a rough and tumble place even during the glitzy years of the Roaring 20s; one can imagine how much rougher it got with the onset of The Great Depression. Competition for jobs and the basic essentials led many to seek opportunities under the protection of various criminal gangs or corrupt labor unions.

Mob-affiliated longshoreman David “The Beetle” Beadle took his last breaths when gunned down coming out of The Spot Bar & Grill on 46th Street  and 10th Avenue on Dec. 9, 1939. The Beetle learned the hard way about life in “The Kitchen.”

Though World War II saw a generation of men go to war, the occasional crate of armaments meant for the European Theater would sometimes be stolen off of battleships docked on the West Side piers. One such gang was so successful at raiding ships in port, they earned the name “The Arsenal Gang.”

Unlike the very established Italian mafia, with its rules and hierarchy, many of the Irish gangs based out of Hell’s Kitchen were just a collection of relatives and close friends. They looked to score money and goods, but through violence and intimidation.

The post-World War II era saw an economic boom in America. However, much of Hell’s Kitchen was still a “tough as nails” place to make a living. In 1950, the city opened the New York City Port Authority. It carved up some land in the Hell’s Kitchen neighborhood.

While it did help increase patronage of some stores with people waiting for the bus, the terminal became a hub of street crime for decades—and still is in 2020, if you ask those who live in the area. Pickpockets, strong arm robbers, drug peddlers, and prostitutes were commonplace in the streets outside the terminal, as well inside too. Runaways from all points in America arrived in New York City at the Port Authority Bus Terminal. They had dreams of new beginnings, but instead were swallowed up by the predators.

The New York City Council tried to re-vitalize parts of Hell’s Kitchen. This process included erecting new apartment complexes and giving the neighborhood a new name: Clinton. In the 1960s, various development projects started and stopped due to constant disagreements between neighborhood leaders and the city about zoning laws.

With advancements in technology, the docks became less reliant on manpower and soon longshoremen were out of work. Despite all of the initiatives, Hell’s Kitchen was still Hell’s Kitchen. It was overcrowded, depressed and left behind from the other nearby Manhattan neighborhoods, all which culminated in the Westies rise to power.

In the early 1960s, an Irish mobster named Mickey Spillane—not the author of the Mike Hammer books—took control of organized crime in Hell’s Kitchen. Spillane had a certain polish and flair to him. He understood city politics; after all he was married to Mary McManus. Her family ran the Midtown Democratic Club since 1905 and influenced many construction projects and political campaigns in the area. With projects at Madison Square Garden, the New York Coliseum, and ultimately the Jacob Javitz Center, it wasn’t long before the Italian mafia families and even members of his own crew challenged Spillane for control of the rackets.

Spillane’s Exit and ‘The Westies’

Despite Spillane’s panache, Jimmy Coonan eventually pushed Spillane out of leadership in the 1970s. Coonan, along with former Green Beret Mickey Featherstone, took the gang now referred to as “The Westies” to new, murderous heights.

Just how bad did things get? Loan shark Ruby Stein, who actually helped bank roll some of Coonan’s initial endeavors, ended up dismembered in the Hudson. Apparently, Coonan forgot to puncture Stein’s lungs, which allowed his body to float ashore. Bodies piled up all over Hell’s Kitchen, as well as in the neighborhoods of competing organized crime outfits. The Westies played by their own rules. They were quite unpredictable, even to the amazement of long-standing Italian organized crime families. The Gambino crime family would even contract out killings to the Westies, who had no problem taking cash to whack Gambino enemies.

New York City still suffered from the blight of the 1970s as the early 80s unfolded. The sleaze of Times Square pushed its way westward into Hell’s Kitchen. Cocaine flowed everywhere. And the Westies were in the middle of all of it. The 1990 movie “State of Grace,” starring Sean Penn and Gary Oldman, captures in great detail the tenuous relationship between The Westies and the Italian mafia. Ultimately, internal fighting and the use of the Racketeered Influence Corrupt Organizations (RICO) Act by federal prosecutors led to the incarceration and destruction of The Westies and the rest of the Irish mafia in Hell’s Kitchen.

The late 1980s into the 1990s ushered in a new era in NYC, with gentrification happening at a rapid pace. The Irish working class more or less got squeezed out of Hell’s Kitchen. Much of the neighborhood got a makeover. New demographics of residents moved into swanky apartments and high rises.

However, not all of Hell’s Kitchen saw the rehabilitation. Some very rare western stretches of the neighborhood near the piers still possess the grittiness of years gone by. On occasion, near 12th Avenue on a summer night, one might encounter rats as big as Scottish Terriers, hear the sounds of illicit behavior, and feel sweat running down the back of your neck from the heat of Hell’s Kitchen.