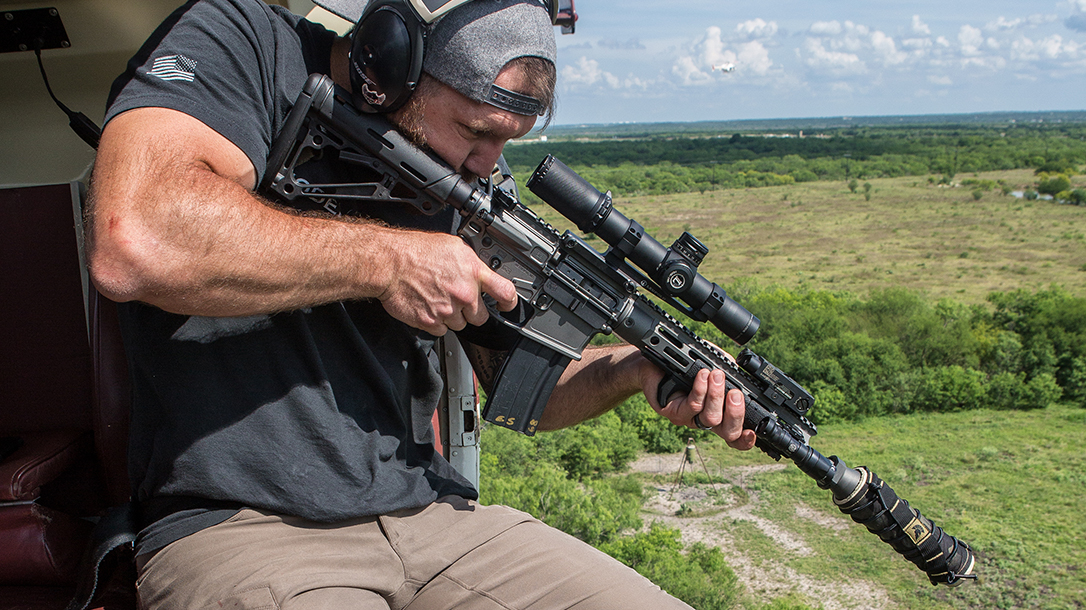 I’m a fan. Seriously, I’m not going to hide it. I’m a Ryan Bader fan. I’ve watched him fight for close to a decade in the Ultimate Fighting Championship and when he came across our radar, I jumped at the chance to get him in our magazine. Now, here was my dilemma: Do I do another MMA article like every other magazine out there, or do something that gets this tough son of bitch out of his comfort zone? One thing I learned in the Marines is that there are two great equalizers in this world —water and altitude. You can be the baddest dude on the planet, but if you’re not a strong swimmer, the ocean will dominate you.

If you are scared of heights, hanging out of an aircraft 500 feet above the ground tends to run chills down your spine. These spaces are where all men can go back to being equal. Seriously, if I went to Ryan’s gym to work out with him, I would probably die a slow, horrible death. But Ryan and I standing on the skid of a fast-moving helicopter strapped in by a small piece of nylon…now we can see eye to eye. This is where bonds are made and friendships are solidified. So we decided to go hunting, from the top down.

Before we start, I feel the need to give Ryan’s resume a quick run through. I understand that not all our audience watches MMA. I’m not sure why you don’t, but I promise I won’t judge. Ryan Bader is a champion wrestler from Redneck Vegas …I mean Reno, Nevada. He was an All-American at Arizona State University and eventually started fighting in low-budget MMA shows across the Southwest. I think at one point he actually had to fight in a bull ring in Mexico just to earn a few hundred dollars.

Ryan seemed to have a knack for beating people up and eventually he got the call to be on the reality show, “The Ultimate Fighter.”Three months later, he was walking out of the cage with the tournament championship and a new fight career at the elite level. Over the next eight years, Ryan racked up twenty fights in the UFC and eventually found a home in the top five of the light heavyweight division. In 2017, his contract was up for renewal and he decided to give the Bellator fight organization a go. Bellator’s president, Scott Coker, rewarded this move with an upcoming title fight in the prestigious Madison Square Garden this summer. Now you are up to date. Let’s get back to hunting.

We had Ryan in our studio and I saw he was immediately attracted to our vast gun collection. Come to find out, he is an avid hunter himself. We talked about some elk hunts he has done and finally I asked the right question.“Have you ever hunted out of a helicopter?”I saw his eyes light up. “I haven’t, but it’s on my bucket list for sure,”he replied. At that point, I knew we had our story. The next day I called up Modern Outfitters and quickly went into the planning phase of our adventure.

Modern Outfitters is a one-stop shop for all things manly. They provide guided hunts, build incredible firearms and, of course, offer helicopter hog hunting excursions. In addition to that, they are run by some of the nicest people in the firearms industry. Seriously, it’s almost creepy how friendly they are. The day I see the owners without smiles on their faces, I know the world is about to end. It is very refreshing to work with people like this. Next, we had a few phone conversations and the hunt was on.

Ryan, his brother in-law, Chris Gruler, (former first-round draft pick for the Cincinnati Reds) and I boarded a plane and headed to the Lone Star State, where we were greeted by Connor Quintanilla, one of our pilots and part owner of Modern Outfitters. We grabbed a seat in his Bell 407 and made our way south to Q Ranch. Thirty minutes later we landed in what I call “heaven.”This ranch is huge —20,000 acres of beautiful South Texas landscape. The living accommodations are incredible and, of course, I fell in love with their 1,000-yard range with a two-story, covered shooting platform. This was place Disneyland with guns.

After a quick meet and greet with the founders, Eric Stubbs and Andrew Houser, it was time to get to work. We got intimately familiar with the Modern Carbine weapon line and started blasting. I think these guys had Ryan and Chris hitting steel targets at the 1,000 yard mark within an hour or so of showing up. By nightfall, everybody was dialed in and ready for tomorrow’s adventure of helicopter hog hunting.

The next morning anticipation became our alarm clocks. We were all up and moving early with smiles on our faces. As we started prepping our rifles, a second helo flew in from a company called Hanger 13. Our pilot for the day was a guy named Heath Voss. This guy himself is a Skillset story for another time. Heath was a Supercross world champion who retired and started to fly helicopters. Now he owns a fleet of choppers and was the hired stick for our hunt.

Before we get any further, I feel it is necessary to explain why people go helicopter hog hunting in the first place. I don’t want to ruffle any man buns, so listen up. According to the Texas Parks and Wildlife Department’s website, “TPWD has recognized for many years that feral hogs pose substantial risks due to the damage they cause to wildlife, lands, habitat and crops.”There are over a million and a half wild hogs roaming Texas, and they do about 400 million dollars in crop damage each year. They are a nuisance plain and simple, and this is a way to help stop the economic damage.

Instead of writing about how we had the best times of our lives and how lucky we were to do this type of hunting, I’d rather educate you on how it all goes down —or, at least, how it went down for us. I’m sure every helicopter hunting company has its own standard operating procedures, but this is how it goes at Modern Outfitters.

Granted, there are a few details I have left out of the experience. The reason I’ve done this is so you can go try it yourself. Yes, it isn’t cheap. Helicopter blade time is expensive, but I promise it’s worth the scratch. Get a group of friends together and split the cost. I promise the memories will last a lifetime.

As we landed from the final flight, we all walked away with permanent grins on our faces. Everyone checked something off their lists today. This was our little escape from the real world, and the boys from Modern Outfitters made it all happen. “Safe,”“professional”and “fun”are the three words that come to mind when reminiscing about this trip. In my opinion, there is no better way to spend a weekend.

Getting off the the plane back in Phoenix, Ryan, Chris and I all shook hands and went our separate ways —back to the grind, I suppose. Ryan has a title fight to train for and I have a magazine to produce, but what we experienced in Texas will stay with us for a lifetime. Thanks again to Eric Stubbs, Andrew Houser, Connor Quintanilla, Leo Quintanilla, Heath Voss and the entire staff at Modern Outfitters for the hospitality.

Check out our interview with the champ HERE on Skillset Live! 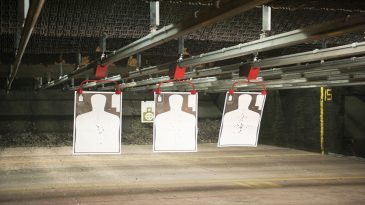 How To Shoot A Gun Without Getting Kicked Off The Range

The firearms industry has seen unprecedented growth in the number of new shooters over the last several years. People have 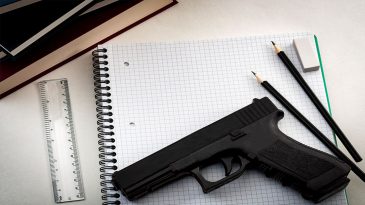 I hate talking about training. Literally. And I do mean any type of training in existence, especially regarding anything that 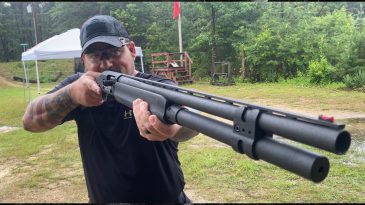 The Shotgun Is Far From Dead: A Multiple Application Platform

First Shotgun? Tenth Shotgun?  Whether it’s your first or tenth shotgun, you need to train with it. For over