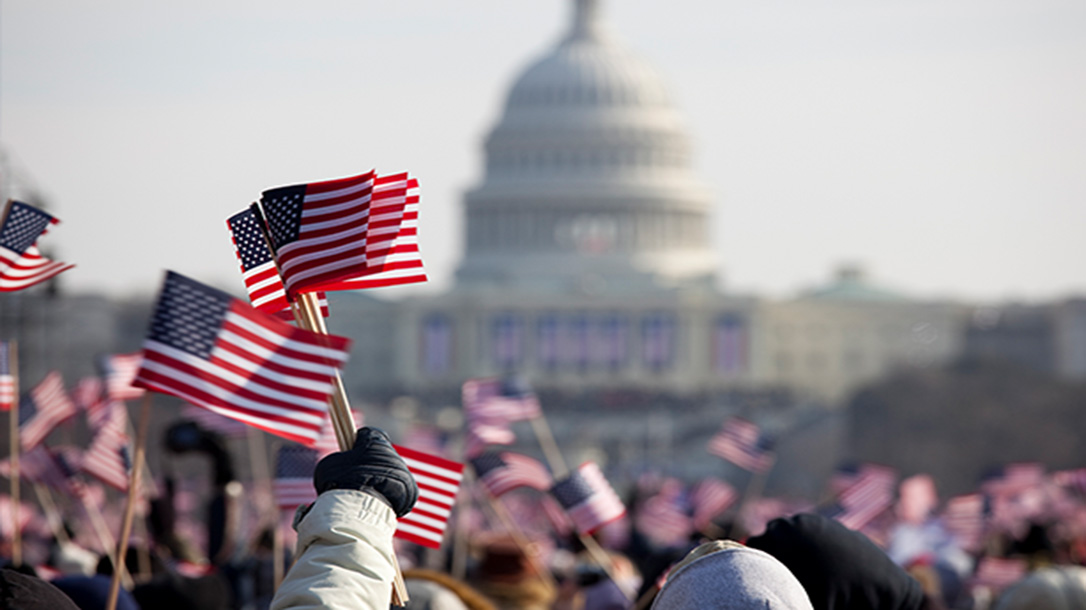 We just made it through another election cycle. Well, unless you live in Arizona, where insane elections seem to happen every two years. Sometimes it is hard to keep up, and honestly, how many once-in-a-generation insane elections can we have in 6 years? Apparently, a lot. Has it always been like this? Have elections always been insane? Let’s dig in.

A Tie Leads To The 12th Amendment

It only makes sense to start from the beginning. The first quadrennial (recurring every four years) United States presidential election took place in 1788. George Washington was elected as president in an absolute landslide due to his massive popularity. He did not have a running mate. The concept we know today was not a thing yet. Until then, the United States had no head of state, as our government functioned similarly to a parliamentary system from when we declared our independence until the constitution was ratified in 1788, thus creating the offices of the President and Vice President, entirely separate from the other branches.

At the time, no political parties existed. How nice must that have been? Of course, it lasted only a short time before informal parties were organized based on differing opinions. It started with the Federalists and the Anti-Federalists. Creative names, right? Luckily, both parties supported Washington for president. There were other presidential candidates, 6 Federalists aside from Washington and 1 Anti-Federalist. How it worked at the time was that the second-place presidential candidate became the vice president. In this case, that person was Federalist John Adams. It seems pretty simple and civil. Once again, it only stayed that way for a short time.

In fact, it got so wild in the election for president in 1800 that we had to amend the constitution. Giving the second-place person the vice presidency only works if you have a majority. In 1800, they did not. They had Thomas Jefferson and Aaron Burr tied at 73 electoral votes and John Adams with 65. So Congress needed to break the tie. Simple right? Nope. You probably know the story from the hit Broadway musical Hamilton.

Treasury Secretary and founder of the Federalist Party, Mr. Alexander Hamilton, was not a fan of any of these men but pushed for Jefferson to win while speaking not so kindly about Burr. Ultimately, the House of Representatives voted for Jefferson and Burr to be vice president. All is well, right? Nope, again. Burr and Hamilton continued to feud until Burr, still, a sitting vice president, killed Hamilton in a duel. Hence, the 12 amendment was born, which provides separate elections for the president and vice president. RIP Hamilton.

Hanging Chads And Other Insane Elections

Florida, in the year 2000. Many of you may remember this insane election. Al Gore had won the popular vote by roughly half-million ballots over George W. Bush. But the Electoral College count was so close in the other 49 states. That whoever won Florida was going to win the U.S. presidential election. It was very close, but it looked to be going Al Gore’s way. So much so that all major television networks and The Associated Press started to project Al Gore as winning Florida and, therefore, the next president. But it was premature.

Florida was still in play for Bush. So after lots of angry phone calls from Republicans, the networks started to reverse course. Then, in the early morning hours of the day after the election, all the networks called Florida for Bush and projected him as the next president. Utter chaos ensued. The public didn’t know what to believe. Neither did Al Gore, but he called Bush and congratulated him on the victory. Then, shortly after, Al called George back and rescinded the confession. The margin was too close, and he pushed for a recount. Now enter the lawyers. What followed was a five-week battle.

The margin was 537 votes, so we wanted to ensure that we got it right. Well, sort of. There was a lot to sort out. An essential item was the punch-card ballots, where voters were supposed to remove a piece of the paper where they had voted. Instead, they only removed a portion of the paper. Which became known as “hanging chads.” Or they only dented the paper, which became known as “dimpled chads.”

This was not a presidential insane election, but had it not happened, our U.S. history would have looked a lot different. For example, Lyndon B. Johnson may never have become president, and who knows, JFK may never have been assassinated. But that is a rabbit hole for another time. The box 13 scandal is about the Texas Senate Democratic primary election of 1948. On the day of the election, it looked as though LBJ was going to lose the run-off primary to a man named Coke Stevenson. That was until six days; a full six days after the polls closed, an additional 202 ballots were found in Precinct 13 of Jim Wells County in Texas.

Wouldn’t you know it, of those 202 ballots, 200 were for LBJ, and a mere two votes were for Coke. This resulted in a win for LBJ in the primary by a very narrow margin of 87 votes. Shady recounts and suspicious ballots appeared to be written with the same pen and handwriting. So much evidence that Coke took the fight to the U.S. Supreme Court. LBJ and his many men in Washington, D.C., fought it tooth and nail, and things tend to happen in our government. Nothing transpired, Coke Stevenson ended up retiring from public life in disgust, and LBJ went on to cause absolute havoc in Washington. But again, that is a rabbit hole for another day.

Insane Elections Are The New Normal

Now that you have read the couple examples above. We can say with confidence that, yes, elections have always been insane. But why wouldn’t they be? After all, throughout history, we have learned that power can corrupt even the most well-intentioned soul. They may all start with good intentions, but the thirst for power leads them astray. Then, once they start down that road of corruption, backdoor deals, and extra ballots, where is the line? We know that a politician’s role is to represent the citizens who voted them into office, to act on their behalf, and to protect their interests. That is the job. But what is to hold them to that oath if they obtain that office via nefarious ways? I am not saying that all politicians are corrupt and will try to find an edge in an election, but I am also not saying they aren’t.

As we gear up for what looks to be insane 2024 elections. We can say one thing for sure; it is business as usual in Washington.