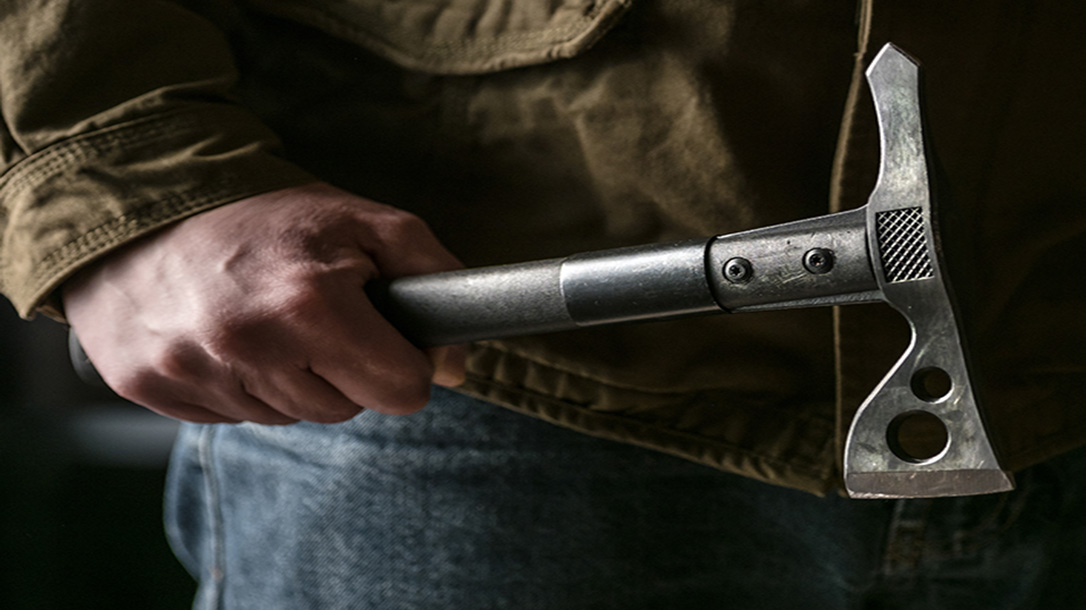 To many people, a hatchet and a tomahawk are simply small axes, without noticeably different characteristics from their bigger brothers. But this is quite incorrect and if you grab one or the other for a particular task, the tool’s performance or the quality of the job may be severely compromised by you choosing the wrong item. Which one is better? Which one is the tool of choice, and which one should you reach for on your next project? These questions, along withthe determination as to which chopper reigns supreme will all be answered below…read on!

HISTORY OF THE TOOLS

Hatchets are the older of the two tools dating back to around 6000 BC during the Mesolithic period. These tools mostly constructed from antlers and used through the Neolithic period. Tomahawks became commonly used far later in history. Pipe tomahawks date back to the early 1700s during the fur trade in North America from the late 1600s to around 1870. Contrary to popular belief, the indigenous people (Cherokee tribe) of North America didn’t invent the tomahawk, but rather adopted it for hunting and as a weapon against their enemies.

To the untrained eye, the overall appearance of both the hatchet and the tomahawk look similar. However, they are incredibly different and for different purposes. The tomahawk is streamlined in shape with the shaft being straight all the way from tip to bottom. Their cutting head is thin with holes pre-cut into the metal head in some models, while the back end of the head take the form usually of a pointed spike or a hammer.

All materials and overall design of the tomahawk are to make it as lightweight as possible for one-handed use. The hatchet, on the other hand, is a mini version of an ax. Its handle shape is curved with the protruding bend just below the head for a weight-forward design. The second curve, where the wielder’s hand would be placed, allows for the easy transfer of (swinging) power from the user’s arm. The hatchet also features an oval handle, whereas the tomahawks shaft is distinctively round.

The functionality of the two tools is where there is the greatest distinction between the two choppers. Overall, the hatchet is heavier and stockier (though overall smaller) than the tomahawk. Which gives it the advantage when chopping down larger saplings. Sometimes useful for removing tree limbs for firewood or shelter building, and split wooden logs for kindling like a pro. The tomahawk can do all these tasks also, but with greater effort and at times, less remarkable results. This is due to the tomahawk’s lighter frame that necessitates the need for a more powerful swing from the user.

Where the tomahawk takes the lead, however, is in its ability when used for non-wood cutting tasks, including self-defense, hunting, and recreational throwing. The tomahawk’s balance and slim profile allow for great maneuverability in a tactical or defense situation, while its cutting-edge slices with a fluid motion as you handle the tool (weapon.) Tomahawks are ideal for throwing due to their balanced design, as opposed to the hatchet which is extremely top-heavy due to its head’s greater weight in proportion to its body (handle).

While it’s true that both the tomahawk and the hatchet look similar to the layperson on the hardware store’s shelf or online in a small photo, how can one determine which is right for them? That question becomes answered based upon its intended use. As mentioned, the hatchet is the workhorse of the two choppers. It is more durable, heavier, and can probably stand up to tougher material encountered in the wild, that much is true, while the tomahawk is lighter, will lessen user fatigue, and allows for more precision with its cuts.

A hatchet for self-defense though would be more awkward to wield. A tomahawk could cut down a thick sapling, but it would take far longer to do so and with greater energy expenditure. So herein lies the conundrum. There is some interchangeability between the two, but which one is truly better?

Well, I hate to burst your bubble if you voted one over the other. The better choice of the two choppers is the one that meets your needs for a specific project. This statement alone may indicate that you’ll need to purchase both a hatchet and a tomahawk for your next outdoor outing. There is no one-tool-fits-all scenario due to their overall smaller sizes compared to a full-sized ax.