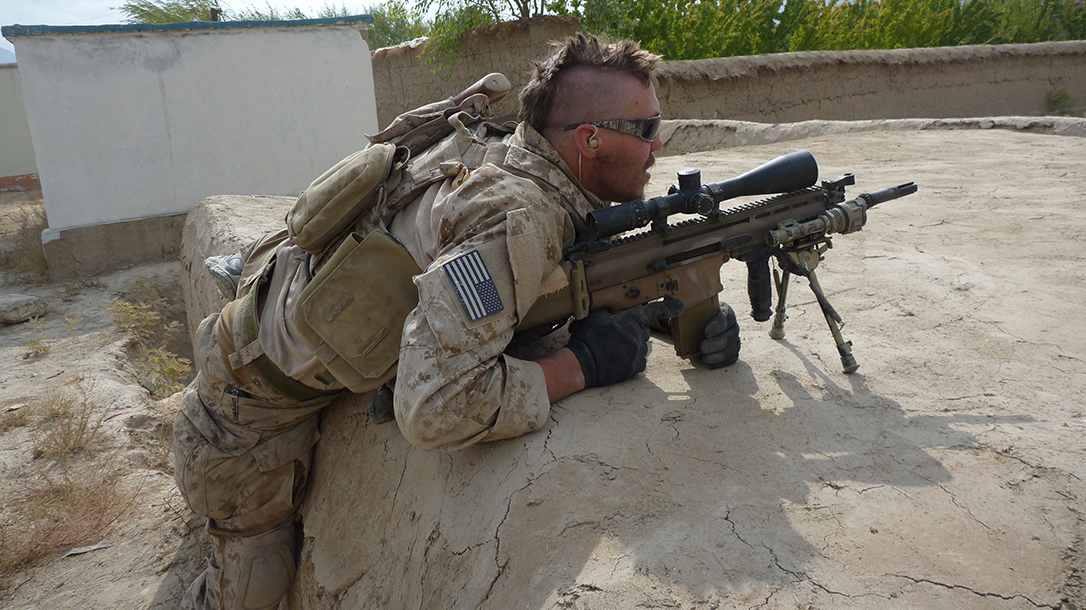 Half Face Blades was founded by Andrew Arrabito, a Naval Special Warfare Operator (SEAL). After retirement from the teams, Andrew set out on a new mission: to meet the need for high quality, go-to knives and axes — hard use, versatile tools that work for every person, in every walk of life.

An Interview With Half Face Blades Found Andy Arrabito

Upon arriving at the Half Face Blades shop in sunny Southern California, I was immediately stoked on Andy’s strong handshake and impeccable hospitality. The shop is exactly what I expected from a small custom operation — no distractions, just piles of steel, machines and a small team of hard, dedicated individuals clearly focused on producing quality.

Andy, thanks for taking the time to talk with Skillset. Tell us a little about yourself.

I am from Northern California. I grew up loving the outdoors and spent every day outside. My older brothers immersed themselves in Native American culture and primitive living. I followed their lead, of course, and spent my summers making forts, tepees, and bows and arrows, catching snakes and lizards, and skinning small game a neighbor used to trap. From mushroom hunting to catching small animals with snares, we did it all.

What drew you to the SEAL Teams?

As I grew up, I began to develop a strong love of guns and knives and was drawn to military things. When I was in sixth or seventh grade my cousin, Ethan, bought me a Navy SEAL workout book by Mark De Lisle. As I grew up, I did my research on the different Special Operations units. During that time I developed a love of the SEAL Teams from my younger years of reading that book my cousin had given me. By the time I reached high school, I had made the decision that the SEAL Teams were the way to go. After graduation I joined the Navy and never looked back.

Tell us a funny story about BUDS training?

There was this one morning I decided right before our room inspection that I would take a fat dip of Copenhagen Long Cut. I can’t even remember why I did it, since I don’t even dip! As the instructors rolled up to my door, my roommate and I were already waiting for them in push-up position. I turned white, I started sweating and shaking, and I had to stand up and puke. The instructors went on a rampage! Needless to say, I got thrashed hard and everything in my perfectly cleaned room was piled up in the middle of the floor!

There’s a famous photo of you floating around with your face painted up like a warrior on horseback during a mission. I’m assuming this mission had something to do with the name of your company?

Yeah, you could say that; horses were a great force multiplier! They could get us in and out, moving long distances quietly. We used them for hauling our crew-served weapons and all our extra ammo and mortar rounds. Having some Native American ancestry and along with how I grew up, I decided to leverage it all for psychological intimidation. I started wearing war paint. I even shaved my head into a Mohawk! This all paid off and we struck sheer terror into the enemy daily. All these experiences go together and are what shaped the Half Face Blades ideology.

How did you get into bladesmithing?

It goes back to when I was young; since my older brothers were into primitive living, they used to take old leaf springs and make primitive tools. I have used blades in all walks of my life, and after I had gotten out of the teams, I decided to try my hand at building some knives. I did one for myself and then a few for some of my buddies that are still on active duty. After doing the first run, I went ahead and bought enough steel for 51 blades.

I was worried I wouldn’t be able to sell them, but as I began grinding I learned and experimented. I took photos and just threw them up on social media. Before I could get them all done, people started sending messages asking for them. That was the beginning; I would design another blade, take a few orders and it all progressed from there. Before I knew it, I had a thriving business on my hands.

For Half Face Blades, where do you draw your design inspiration from?

Design-wise, I try to stay with functionality and durability, creating purpose-built tools. I try to keep the old-American, native feel. I love history, specifically the history of America — the early settlers pushing west. There is a raw power and beauty to creating something that serves a purpose with your own two hands. My goal is to bring a little of that history, functionality and savage beauty into each piece.

What do retired SEAL snipers do when they’re not running successful companies, you ask?

Andy is a military tech advisor and a stuntman in Hollywood and has worked on several major motion pictures — “Transformers,” “13 Hours” and “Logan,” just to name a few. Which movie was your favorite to work on?

As far as the movies go, I really enjoyed “13 Hours.” We were able to accurately tell the story and to help honor our fallen brothers through it. It was also awesome being able to bring to life their courage, sacrifice, and to illuminate their characters and what amazing men they were.

“13 Hours” was a fantastic movie — you guys did a great job on it. That said, Hollywood is super tough to break into; how did you get your start?

There’s a UDT-era frogman by the name of Harry Humphries; he has been doing advising for Michael Bay since the movie “The Rock.” I met him through a friend who originally worked on “Transformers 3,” doing voiceovers. From there I worked with him on “Transformers 4” and the cable series “The Last Ship.” While working on “The Last Ship,” I met a stunt director by the name of Garrett Warren. We became great friends right off the bat. He taught me the stunt side of the business. I have been working with Garret ever since. Also, Eric Sheretz is an amazing director I know who is currently working on a few up-and-coming shows. Overall, I have been lucky to meet amazing people throughout the entertainment industry who have played a big role in my life as I transitioned out of the SEAL Teams.

I had the opportunity to tag along with you for some golf during the Future SEAL Fund tournament in Carlsbad. Advocacy for disabled veterans is a big priority for you. Can you tell us about the main nonprofits you support?

I have to give back. It’s a must for me. I love to support the small, very good foundations, as well as to raise funds for them. I also love making knives for auctions and for other charities around the country that support the military, law enforcement and firefighters. SEAL Future Fund, Heroes and Horses and Mission Volant are all great organizations doing amazing things. It is an honor to support them.

Lastly, do you have any advice for anyone who wants to be a bladesmith or start a small company?

Strangely enough, I don’t feel I am good enough yet to give advice on the bladesmithing side of things. However, on the business side — maybe. Again, I am still learning it all myself. It’s really important to stay positive through the thick and the thin. There are going to be failures along the way. You can’t be afraid of it; keep your head up, take responsibility and learn from it.

I would say the most intimidating part is the paperwork. It’s the worst part of owning any business, in my opinion. Push through it and learn, and you will get the hang of it. The key is the team you build; I can’t stress that enough. Build a team that has a goal and that feels passion and pride in their work and that works well together. This has been the biggest factor in my success so far. So, in terms of advice — don’t be afraid to fail, build a great team, and remember: no one gets anywhere in life on their own!

To those before us, to those amongst us, to those we will see on the other side, Lord, let me not prove unworthy of my brothersBradley S. Cavner, Frogman — Rest in Peace

If you enjoy hearing stories of talented combat entrepreneurs like Andy, check out our podcast Skillset Live, or pick up a back issue of Skillset at OutdoorGroupStore.com. 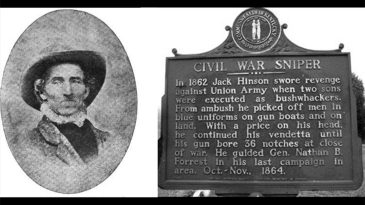 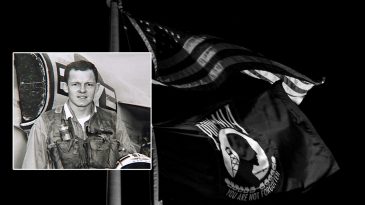 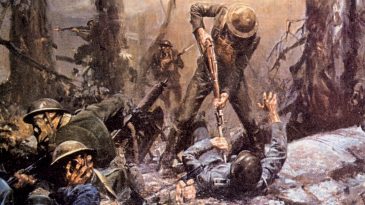