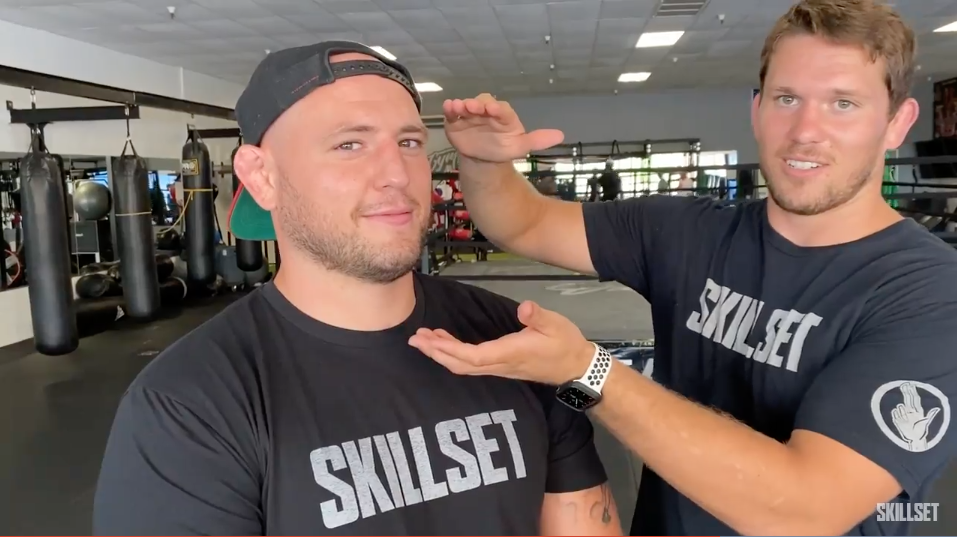 Headbangers: A Quick, Down And Dirty Guide To A Proper Headbutt

Generally speaking, headbutts are effective as a surprise attack from a standing position or as part of a ground and pound offense. If you’re interested in seeing the headbutt put to use in real bare-knuckle fights, go check out Mark Coleman and other wrestlers in the very early UFC days. Headbutts have been made illegal in all but the fringe combat sports for a couple reasons. For one, head to head impacts have a high likelihood of resulting in a cut for one if not both of the fighters involved. The crown of your skull is incredibly hard, and the skin stretched over much of the human face is quite thin meaning lacerations are bound to happen. Secondly, while some ways of headbutting are better than others, even the best headbutt will damage both the thrower and the receiver. This means that designing an offense around headbutting and using it consistently is basically guaranteed to give you brain damage. It also means headbutts are deemed a low skill technique as the highest-level technicians do damage to their opponent without absorbing damage themselves.

All that being said, a properly thrown headbutt can be devastatingly effective. The technical keys to the headbutt are as follows. First, make sure you impact with the right part of your head. The lower half of your face is very soft and vulnerable compared to the crown of your skull about an inch or two above your hairline. We want to hit our opponent with the hardest part of our skull in the weakest part of his face. Anything around his eyes or below will do, but the nose and mouth are going to be your best bang for your buck so to speak. Second, you want to take your neck largely out of the equation when throwing your headbutt. Rather than rearing your head back and whipping your neck to create speed, you want to tuck your chin, shrug your shoulders and make your body move in one piece. This will allow you to drive your entire body weight into the headbutt and ensure you can make impact with the correct part of your head. Finally, find a good position. Top position is best, and a clinching position on the feet can also work. Also remember, while a sneaky headbutt against someone getting in your face can be effective, this is not the type of move you want to bust out on someone unless you’re prepared for the consequences, legal or otherwise, of breaking their teeth.

Check out more of our fight club series in Skillset Magazine, and get in on the conversation on our social media pages!