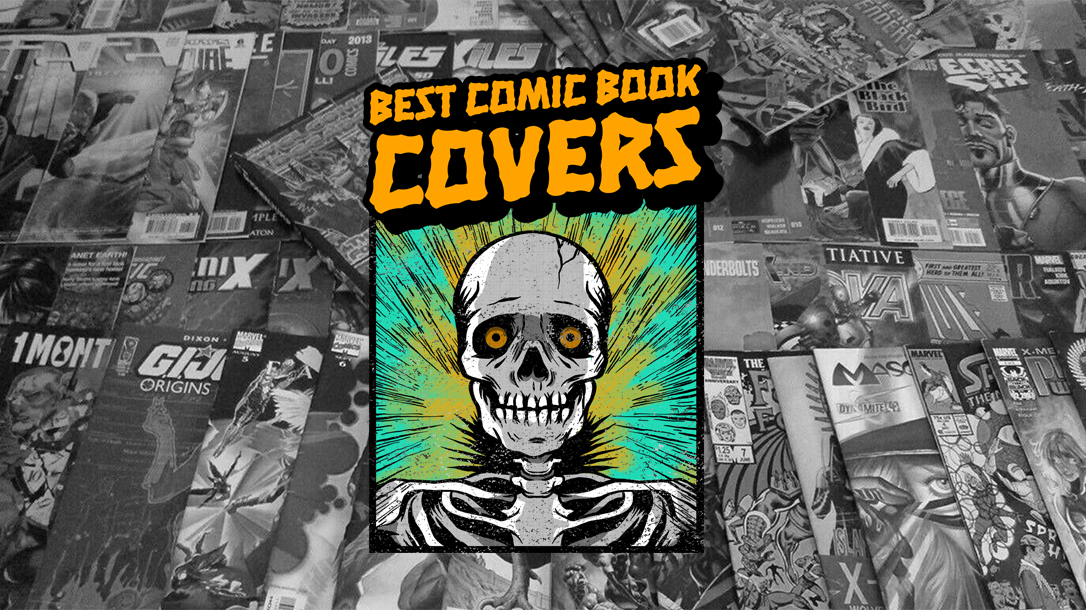 10 of the Greatest Comic Book Covers Ever Created

Highlighting the top comic book covers of all time isn’t easy and is a completely subjective endeavor. However, this list does take a few things into consideration: artistry, issue importance and impact.

Texas-based artist Jay Gillespie is the man behind Dimension Comics’ Severed Souls. He believes having an instant impact is key. “The goal is something that grabs a person the moment they see it,” he says. “The absolute best part about comic book art, from my perspective, is telling a story with only the art, requiring no written words at all.

“Just by looking at it, a story is being told to you. Keeping that in mind, the imagery should first grab you, then intrigue you, then tell you a bit of a story, but leaving it open enough for interpretation so that not too much of what’s happening in the story is revealed.” With some of that criteria in mind, here is a look at 10 of the best comic book covers of all time.

Daredevil teams up with the Punisher to hunt down a drug dealer named Hogman (poor guy). As any viewer of the Netflix Daredevil or Punisher series knows, this is a combustible relationship.

The mismatched pair have differing crime fighting techniques, and Daredevil resorts to shooting Punisher with his own gun. This brilliant cover by Frank Miller has Daredevil in full Dirty-Harry mode. The Alice Cooper song lyrics only add to the unique story angle.

Has the life of fighting crime been enough for Peter Parker? Aunt May is in the hospital. Daily Bugle editor J. Jonah Jameson leads a constant anti-Spidey campaign. Peter’s grades have cratered. And the Kingpin is wreaking havoc throughout the city.

It just seems all too much, so Peter decides to hang up the Spidey suit, but crime surges even more. This classic issue written by Stan Lee inspired many events in the Spider-Man 2 film. The comic book cover is an eye-opening look at Peter walking away from his web-slinging way of life.

Many comic book covers began taking on a more traditional artistic look in the ’70s and ’80s. Gone were dialogue and traditional comic action, and in were more stylized renderings. This beautiful coveris a perfect example. Swamp Thing may not be everyone’s cup of tea, but the cover is a real work of art.

A man lifting a car? Despite today’s superhero-a-month movie schedule, there was a time when superheroes weren’t film or publishing sure-things. This anthology book started it all by including a single story about a hero from another planet.

Jerry Siegel wrote the story with his friend Joe Shuster illustrating the comic and cover. The issue was a hit, quickly selling out of its initial print run of 200,000. The 13-page Superman tale kick-started the superhero craze, and the book was soon devoted solely to the Man of Steel. Certainly, there have been greater comic book covers, but the first Action Comics started a unique part of American culture that remains popular to this day.

After his brilliant work on Spider-Man in the 1980s and 1990s, McFarlane cofounded Image Comics in 1992. Spawn is a former CIA agent returned from hell after making a deal with the devil.

Upon his return, Spawn seeks out a new purpose in life after years of working as an assassin. The comic book cover features what would become much of Image’s style. A highly-detailed Spawn depiction features brilliant colors with the seemingly three-dimensional character popping off the page. The first issue brought hellacious sales of 1.7 million issues.

This may be a Spider-Man story, but many fans became enamored with the guest star. The Punisher was a new kind of comic character—a vigilante serving as judge, jury and executioner.

Was the Punisher a hero or villain? Either way, it was fun to see what Frank Castle would do next. The cover introduces the iconic Punisher skull and Frank’s deadly intentions. More than 40 years later, Punisher is still bagging bodies in a popular Netflix series. This cover started Frank’s quest for carnage.

This comic anthology introduced the Caped Crusader four issues earlier. But this cover by Batman’s creator envisions the brooding, mysterious antihero fans have come to love.

Batman was a new breed of hero—a vigilante with attitude and no superpowers. The cover’s description rings true of the character 81 years later: “mysterious” and “awesome.”

Everyone’s favorite mutants made their first appearance in this book that redefined the genre. As the cover notes, they are “The Strangest Super-Heroes of All!” The name was pretty cool too.

The X-Men were misfits—outsiders coping with their powers and finding a way to fit into the world. This famous cover captured the group in a major throwdown with Magneto. The X-Men have powers at the box office as well, having grossed $6 billion to date at the box office worldwide.

The Hulk was already cool, but this issue threw in the first appearance of yet another tough customer. Razor-sharp blades that extend from his hands? That’s a hero any 13-year-old kid (or 40-year-old kid) could get behind.

Is he good? Is he evil? Either way, he’s plenty badass. This cover introduced Wolvie in a true clash of the titans: brawn versus blades.

This one is a green hero team-up. The topic was fairly new to comics: a look at the repercussions of the country’s drug epidemic.

The issue and cover was an eye-opening scene for comics geared toward younger audiences at the time. Green Lantern and Green Arrow team up to battle drug dealers in their own war on drugs.