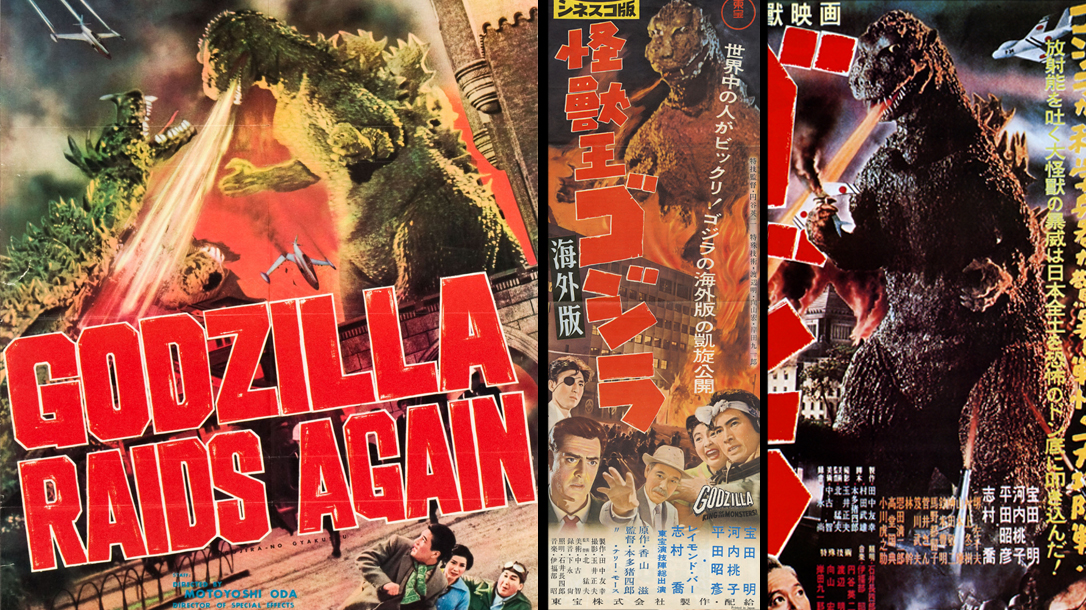 Everyone Loves The “Big G,” Except His Enemies

Ever since Godzilla’s first film appearance in 1954, the “God of Destruction” has returned every couple of years to thrill and to pull 40-year-old virgins out of their moms’ basements and into theaters. There is something about watching two giant, rubber-suit monsters battling to the death over the top of miniature Japanese cities that excites the inner kid in us all. Although we all root for “Titanus Gojira,” his mortal enemies are equally entertaining, and they have even built a fan base as large as the “Gigantis” himself. In this issue of Skillset, we take a shallow dive into a list of some of Godzilla’s greatest foes. From space monsters to eco-mutants, everyone wants a shot at the “King of the Monsters.”

When you have the world’s largest ape and the world’s largest lizard roaming the earth, they are eventually going to battle. First rumbling in 1962, these beasts have squared off four times on the silver screen and are likely to see even more rematches in the foreseeable future. Whereas Godzilla started out as the bad guy in their earlier colossal confrontations, we now see more redeeming characteristics in each of these monsters in the 2021 film. Who wins? Who cares? Their epic brain bashing is second to none!

While not the toughest of foes, the giant “Pterodactyl Titan” is an undisputed fan favorite. Even though he gets slapped around and body slammed by the “G-Man” in the 1964 film, it’s hard not to like a monster that spits an atomic heat ray. With over 10 movie appearances, this 150-foot fire demon is a staple in the Godzilla franchise. Fun Fact: I still have a Rodan toy from the 1979 Shogun Warriors World’s Greatest Monsters line by Mattel in my house, and I will most likely be buried with it.

This three-headed dragon monster is definitely the strongest kaiju alive. In every movie in which King Ghidorah appears, Godzilla basically needs the help of his “frenemies” to defeat him, but one thing is for sure, Godzilla never backs down. King Ghidorah is one of the giant titans that was a legend right from the start. Hell, even in the 1960s, he looked like a badass. Rumor has it he was portrayed to represent the growing threat from China, but unlike typical Chinese products, this genetically engineered monster is almost impossible to break. You know when the “God of the Void” shows up, shit’s about to get real.

What do you do when you run out of monster ideas for Godzilla movies? You incorporate power tools! Gigan is a crazy, buzz saw-chested, flying cyborg-dinosaur-bird monster with giant hooks for hands and a cybernetic eye. He is considered one of Godzilla’s most brutal foes, and to put an exclamation point on that statement, the creators eventually modified Gigan and outfitted him with double-pronged chainsaws. He was sent to Earth thousands of years ago by an alien race, but he kept getting his ass kicked back to space by the primeval champ himself. If you love laser beams, flamethrowers and razor discs, then Gigan is your man!

Sent up by the pissed-off people from the underwater world of Seatopia, Megalon is a giant, flying sea-crustacean-beetle type of kaiju with rotating drills for hands. If that’s not scary enough, he also has the uncanny ability to launch turd-shaped napalm bullets at his enemies. The only way Godzilla was able to defeat this giant cockroach was to unleash his boxing and pro-wrestling skills, topped off with the world’s greatest flying dropkick. Watching these two in a battle royal was pure entertainment. While only appearing in one film, the mentally challenged rhinoceros beetle quickly became a fan favorite.

Let’s just start out by saying that nobody enjoys fighting a giant robot version of themselves. Created and controlled by the evil, Black Hole Planet 3 spacemen, Mechagodzilla is utterly unstoppable. In the 1974 film, we were all amazed to watch him spin his head around 180 degrees and then shoot eye lasers at the King Caesar kaiju (the ancient guardian monster of Okinawa) while launching toe-missiles at Godzilla. That’s some freaking talent, and we respect that. Mechagodzilla can fire lasers, lightning bolts and missiles out of his eyes, chest, fingers, toes and knees. Not only can the robotic Godzilla fly at Mach 5, he can also spin his head and create an impenetrable force field around his body. Indeed, this is why Godzilla had to call up some help to defeat this bionic cosmic monster from outer space.

The Smog Monster, Aka Hedorah

This has to be one of the weirdest monsters ever to face our no-so-jolly green giant. Hedorah was a pollution monster that terrified everyone on Earth by dumping his tarlike Hershey squirts onto everything in his path. What’s even more terrifying is that his laser-beam-shooting eyes were purposely designed to look like vaginas, which Hedorah’s creator, Yoshimitsu Banno, thought was very frightening. While most people chuckled at Hedorah, he was definitely a solid opponent for our Gigantis. At one point in their battles, his toxic sludge burned through Godzilla’s skin and even cost him an eye. Now, who is laughing at the Green New Deal, eh?

Geez, we can’t just be our own worst enemies; we have to f@ck with Godzilla too? There are two types of people in every Godzilla film: those who honor Godzilla and those who want him dead—and they are almost always working together. Godzilla is pretty much considered to be the Earth’s protector, yet humans will fly frickin’ King Kong in via giant yellow balloons to try to take him out. What the hell?

If you ask us for our opinion, humans don’t deserve Godzilla’s protection, and the proof of this theory has been demonstrated in several Godzilla films. He knows that most of our civilization wants to see him die, but he also understands that it is his duty to protect them at the same time. That, as much as any other aspect of this phenomenal monster, warrants our respect. Long live the God of Destruction!