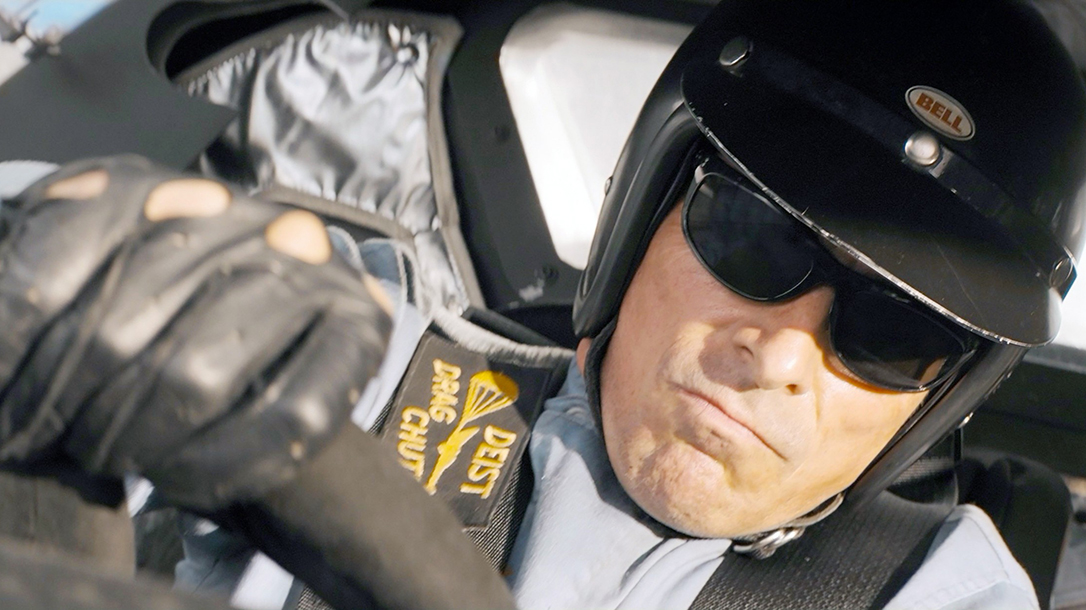 Ford vs Ferrari At Le Mans: Enzo, Eat Your Heart Out

Every once in a while, there will be a rip-roaring movie that actually mostly happened. So it is with Ford v Ferrari, a 2019 release starring Matt Damon and Christian Bale. In the early 1960s, Ford made a bid to buy Ferrari, with the intent of winning the Le Mans race. To understand the full magnitude of this, it is necessary to understand the enormity of Le Mans.

Le Mans was—and is—huge. Many consider it to be one of the top-three most intense and prestigious races in all of motorsports (with the other two being the F1 race at Monaco and the Indianapolis 500). What sets Le Mans apart from those and most other races is that it is an endurance race. The cars run flat out for an unbelievable 24 hours. And unlike most other races, it is not quickest time that wins, but rather who covers the most ground, which means minimizing pit stops and maintenance.

Those factors combine to put a huge premium on reliability and durability as well as fuel economy. Furthermore, part of the Le Mans track is normally a public road, so the cars have to have real-world suspensions. In short, if an automaker can win or even place at Le Mans, it has shown the world that it can build one hell of a car, which obviously translates to increased sales, prestige, publicity, money—and maybe even a nice place on Sanibel.

Well, when the patriarch of the Prancing Horse, Enzo Ferrari, received Ford’s offer to buy, he promptly shopped it elsewhere and leveraged the offer into an even better deal with Fiat, effectively backhanding Ford in the face. Bad move. The Ford family have never been known as shrinking violets. After the affront, Henry Ford II issued the edict: Find a way to humiliate Ferrari by spanking them at Le Mans.

Not if you have Carroll Shelby. Shelby was and is one of the most universally recognized race drivers and car builders of all time. He got his start in pursuing his need for speed by joining the U.S. Army Air Corps in 1941, and he flew through World War II. He started his racing career when he was 29, and he worked his way up the circuits. The list of races he participated in and won, both obscure and famous, is far too lengthy to go through here, but it notable that he was named Driver of the Year by Sports Illustrated in both 1956 and 1957. But his most critical qualification was that he had actually wonLe Mans in 1959. And that made him the man for making Henry Ford II’s dream a reality.

But even more than that, he was a car-building genius. He created the Shelby AC Cobra, a car so iconic that replicas of it continue to sell in droves more than half a century later. And with that experience, he built the Shelby Daytona, which he competed with in the GT circuit where he beat Ferrari—another obvious huge plus. Furthermore, he had also already worked for the Ford Motor Company. It is hard to believe, but when Ford debuted the Mustang, it was derided by the press and public as “a secretary’s car.” Shelby was brought in to change that, and the rest is, as the aphorism goes, history.

So The Story Goes

Henry II told Shelby, “Go ahead, Carroll. Go to war.” Shelby had but a paltry 90 days to evolve the Ford GT40 into something with the reliability, power, aerodynamics and low weight necessary to go to the summit of the Mount Everest of the racing world. Shelby went to work, and he brought in driver Ken Miles, who had a resume as impressive as Shelby’s. Shel himself was disqualified from driving because of a worsening heart problem.

The problem was that Henry II didn’t want Miles driving; he wanted somebody else. In a moment of great comic relief, Shelby took Henry II for a terror-blast in the GT40 that left the man gasping like a beached haddock. So, they cut a deal: If Miles could win at the Daytona endurance race, Henry II would let him drive at Le Mans.

At Daytona, they were doing well, but they weren’t winning. At a critical juncture, Shelby made a high-risk decision. The higher any piston engine is revved, the more horrifically stressed the components are. A motor turning 6,000 rpm has its pistons cycle up and down a stunning 100 times a second. And for that reason, consistent with the endurance nature of the race, Ford had Miles keep the revs conservative at under 6,000. Shelby decided it was time to go big or to go home. He hand-lettered a big sign that read, “7,000+ Go like hell” and went trackside to flash it at Miles, who beamed and hammered a blazing downshift. Set to a rocking song, Ford v Ferrari descends into a flashing montage of lane changes, passing, screaming corners, a slamming clutch pedal, violent shifting and the tachometer in redline overload. Naturally, Miles took the checkered flag.

A Legend Is Born

Finally, the day came in real life when it was go-time for Le Mans, and the racing cinematography in Ford v Ferrari portraying this event is tremendous, with all the cuts, angles, roaring and kinetics you could possibly want—simply magnificent! Miles stomps it again and is going to win, but he gets a radio call that Ford management wants him to back off so that they can get a photo op of Ford cars winning positions one, two and three. Miles does and ends up missing first by one position. But the vastly more important thing is that they walked all over the boys from Maranello.

For those who have been reading these columns, it will come as no surprise that movie-car maniac Brian Grams of Volo Auto Museum had to have one. His is one of 12 real-screen cars. Its current livery is the last as filmed, the Holman & Moody green-and-white number 95 car. To keep down production costs, the studio had a number of cars appear on screen in different paint, and this one played two other such roles. To simplify maintenance, all screen cars had the same engine, a Chevy LS3, making 430 horsepower. Weighing only 2,600 pounds, it’s genuinely fast, and the professional driver who ran it in the movie had it over 130 mph.

Its battle scars are what is known as “Hollywood makeup”: The dirt, the brake dust and the scrapes are all painted on, and it is somehow the better for it. Even in that shape, it would still have Enzo eating his heart out. I encourage you to do yourself a favor, if you haven’t already, and rent or stream Ford v Ferrari today. It is an excellent and generally authentic portrayal of an iconic slice of auto-racing history. 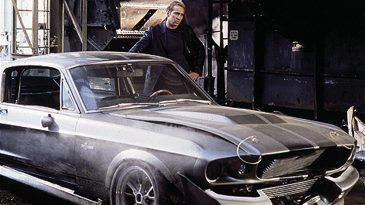 Lots of us who have siblings have at least one who is the “problem one,” some of them pretty spectacular.