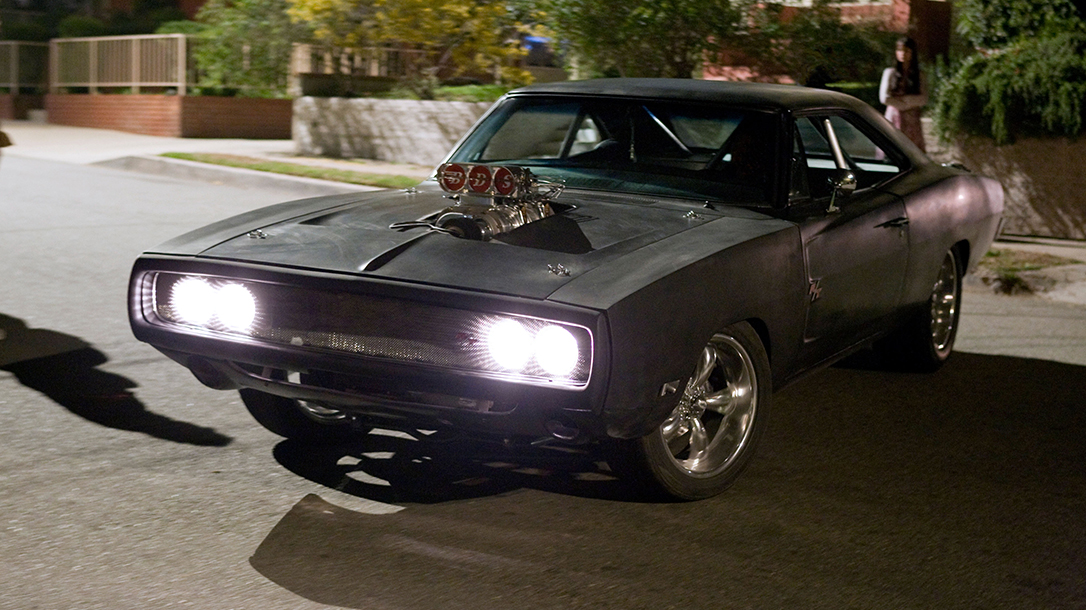 The movie franchise The Fast and The Furious has had a stunning run. This year marks the twentieth anniversary of the first movie. And it shows not the slightest signs of tapping the brakes: the ninth movie is set for release in 2021, and a tenth one is planned.

For those eleven people in North America who don’t know, the movie is set as a crime story embedded in the SoCal street racing scene. Some would argue that the plot is simply a framework to allow as many hot cars and outrageous driving scenes as possible. In one sentence, an undercover cop played by Paul Walker, attempts to solve a number of truck hijackings, and works his way into the street racing society to do it.

The antagonist turns out to be a guy named Dominic Toretto, a big, bald, black-dressed, biceped bastard, played now legendarily by Vin Diesel. He and Walker form something that is both an alliance and a rivalry. One day in that progression, Diesel takes Walker to an old garage, and shows him the car his father had built. His father had died in a fiery crash at a racetrack in another car when Dom was a child, and he’s never been able to bring himself to drive it since.

Mopar or No Car

So, if you have a villain with a huge image, what do you give him as the ultimate car? A car that has to bruise your retinas just to behold it? A second-generation Dodge Charger. Black, of course. But it had to have something to go beyond all the prior ones, and they found it in the form of a supercharged Hemi. The motor was a 392 (odd, because it had long left production by the 1970 model year of the car), said to be stroked out to 445 cid. But the visual statement, the thing that makes the car, is a titantic Mooneyham 6-71 blower sticking out of the hood, wearing an Enderle “bug catcher” scoop, alcohol injected. It defines the car.

The budget for the original film registered right about “shoestring,” so that engine never actually powered the car. It was borrowed from Chuck Taylor Racing Engineering, and was dropped into the engine bay without ever being connected to anything. Right after shooting the garage scene, the whole thing was yanked out and sent back. Instead, the blower seen later is a mockup, literally just screwed to the hood. The dead giveaway for the sharp eyed is that neither the pulley nor the belt moves. Likewise, the sound of the supercharger whine, which is distinctive in a real engine, was dubbed in post-production. The fictional package was said to make 900 hp, and propel the Charger to a brutally quick 9-second quarter mile.

It Does It’s Own Stunts

The Charger does three pretty spectacular stunts, a smokin’ wheelie, a jump in front of a train, and a huge corkscrew crash with a semi. All three were the product of wonderful cinematic ledgerdermain, but all of which combined to build the car’s unimpeachable status.

So, we turn to the car pictured here. Brian Grams runs the auto museum at Volo, Illinois, which contains huge numbers of legendary movie cars. His F&F Charger is not only a screen car, it is THE rarest of the rare, the “hero” car from the very first movie. There were, depending on the source, three Chargers in the first movie. The hero car was used for close-ups and had a higher level of fit and finish. The second car was used for stunts, like the wheelie drag race.

That one was restored by the outfit that built them to begin with, Cinema Vehicle Services, and presently resides in an overseas collection. The third car was the one that was spectacularly rolled at the end of the movie. Well, of course, Brian wanted the hero car, but it was not to be had, because Universal Studios decided to keep it and put it on display at their theme park. But as the old BTO song goes, you take what you can get, and what he could get was the remains of the rollover car, which he bought and put on display for a number of years.

Here’s the best part of the story. The following sentence is going to sound insane, but it happened: Brian bought it having no idea he was buying it. He very literally bought it on accident. How, might you ask, can that possibly happen? Well, studios sometimes decide that they need the space, or to clean up in general, or that they simply have no further use for their cars, so they sell them, often as a “let’s just get this done” package deal.

Compared to what they will make on the next movie, the value of the cars is sponge fungus. Brian was well- positioned on Universal’s rolodex – hard to believe, but he has owned about 150 cars from the F&F franchise — so he got a call one day. The Universal employee who called was, in Brian’s words “a nice guy, but definitely not a car guy.” The employee offered him a package deal of a dozen cars. He had no idea what they were, and didn’t have the paperwork anyplace handy, just “hi, buy all these unknown cars, okay?” Did Brian want them or not? The price so reasonable that Brian knew he wasn’t going to end up underwater. So, some time hence, a bunch of auto transporters shows up and dumped a dozen cars on him, including, in a wonderful surprise moment, Dom’s black Dodge Charger. He’d had no idea.

All we can think is that, in some prior life, he must have saved Europe from the plague or something.