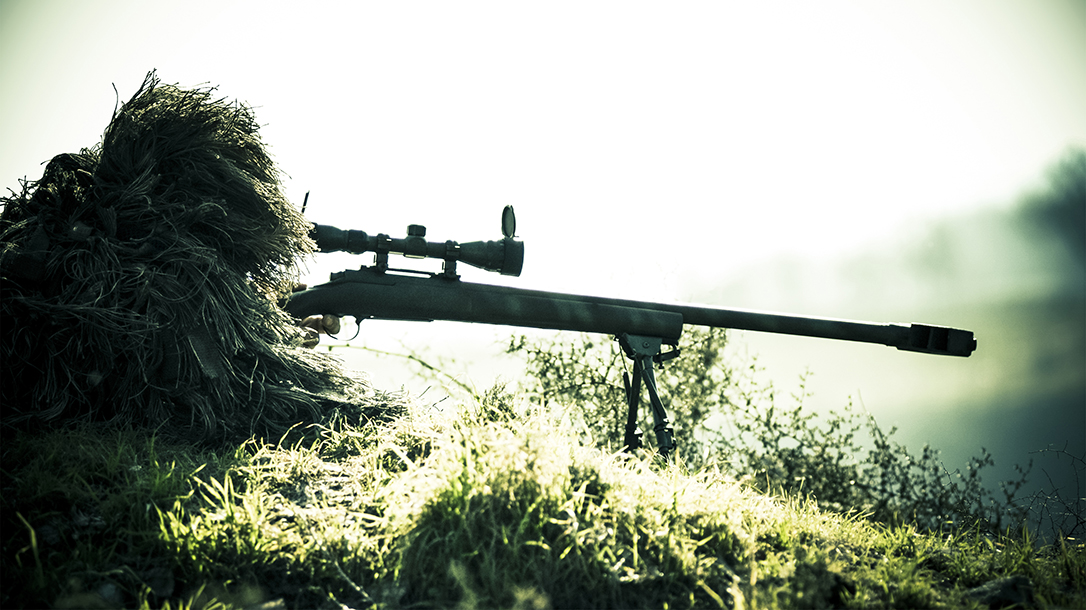 One Shot. One Kill. Famous Snipers From Around The World

Since the advent of the rifle, sharpshooting has been an extremely effective tactic in war. Just one expert sniper in the right place at the right time can turn the tide of an entire battle. On top of that, there’s something about a sniper that captivates people. Maybe it is their lone-wolf mystique, or the fact that snipers are often inserted deep into enemy territory. Maybe it is due to the patience and skills that snipers need to rack up massive confirmed-kill numbers. Whatever the reasons, any nation that has been involved in significant conflict in the modern era has had some of its snipers rise to public renown. The following list includes some of the most devastatingly effective marksmen of all time.

Almost everybody knows the story by now, but Chris Kyle is one of the most legendary American soldiers of all time. During three tours in Iraq, Navy SEAL sniper Chris Kyle had 160 confirmed kills—meaning kills that were witnessed by other U.S.military personnel. Before Chris Kyle came along, U.S. Army Staff Sgt. Adelbert Waldren held the record, with 109 confirmed kills in the Vietnam War. By his own account, Kyle had roughly another 150 unconfirmed kills. During his three tours, Kyle saw intense combat. He earned two Silver Stars and five Bronze Stars for valor. He survived multiple IED explosions after being shot three times. Kyle even dropped two armed carjackers once he was back home in Texas. Chris Kyle was honorably discharged from the Navy in 2009 and presided over a private security firm until he was murdered by a PTSD-affected military vet at a Dallas shooting range.

Snipers are well known for being devastatingly effective at a low cost, and if there is one place the Red Army was weak, it was in resources and money. It is also worth noting that if any of the numbers on this list were inflated for propaganda’s sake, it would be the Russian ones. Vasily Zaitsev was the most famous Russian sniper of World War II due to the importance of the Battle of Stalingrad. Prior to the Battle of Stalingrad, Zaitsev had killed 32 Nazi soldiers with his standard-issue Mosin-Nagant.

It was in the battle of Stalingrad (which was the deciding factor in the ill-fated Nazi invasion of Russiain 1942), however, that Zaitsev became a “hero of the Soviet Union.” Stalingrad was largely reduced to rubble by German planes and artillery, which made for ideal sniper cover. During the brutally cold six-month battle—where many soldiers on both sides froze and starved to death—Zaitsev killed a remarkable 225 Nazi soldiers, cementing his place on the all-time list of snipers. The Russian snipers of Stalingrad, paired with the long Russian winter, halted Hitler’s advance and doomed the Nazis.

During the often-forgotten-about “Winter War” between the Soviet Union and Finland, which lasted only a little over 100 days, Simo Häyhä, a Finnish man in his mid-30s, made history with his exploits as a sniper. His over 500 confirmed kills, coupled with his all-white camouflage for blending in with the snow, earned him the nickname “The White Death” from Soviet troops. Häyhäwas a lifelong hunter, and he was masterfully creative, which allowed him to have such success while using only a Mosin-Nagant with iron sights. Häyhäwas known for moving swiftly and unexpectedly from one covered position to the next by using artillery, smoke and other battlefield chaos as cover.

He even became known to prepare the battlefield the night before he knew he would attack. This included planning out a set of shooting locations to switch among and pouring water in front of his cover to ice the snow over, so it wouldn’t blow around and give away his position when he fired. Häyhäwas eventually wounded by a shot to his lower face, and he spent the last week of the Winter War in a coma. Eventually, he recovered and lived a full life, despite having relatively severe facial scarring.

The most successful sniper of World War II, and originally part of a mortar crew during the Battle of Moscow. He claimed that he craved more action and took to heading out on sniper missions on his own time. Although he was never formally trained as a sniper, Sidorenko was able to teach himself the ins and outs of shooting, camouflage, gauging distance and everything else that came with being a sniper of that era. Using a Mosin-Nagant equipped with a scope, he managed to kill over 500 Nazi soldiers. Sidorenko eventually became tasked with training other snipers while on the job. He would take one trainee at a time with him and use them as spotters while he showed them what he had taught himself. Some of Sidorenko’s pupils would go on to post impressive kill numbers themselves.

The most prodigious sniper of World War I, Francis Pegahmagabow was an indigenous Canadian from Ontario. As a part of the first wave of Canadian troops sent to Europe in World War I, Pegahmagabow fought in major battles, including the Battle of the Somme, the Battle of Ypres and the Battle of Passchendaele. In these, he earned a reputation for being a deadly sniper and a fearless scout. He would embark on scouting missions alone at night, crossing through no-man’s land. Sometimes all the way into the enemy trenches to locate artillery, machine gun and sniper placements.

On one occasion, when his company was entrenched and under attack from German troops, Pegahmagabow ran out of the trench and scavenged desperately needed ammunition from his dead comrades. The ammohe returned to the trenches halted the German advance and saved the lives of many of his comrades. When World War Iwas all said and done,Pegahmagabow had killed 378 German soldiers and captured another 300. The war did take a toll on him, however. Pegahmagabo wounded once by a bullet and again by shrapnel before becoming diagnosed with “exhaustion psychosis,” which we would now consider PTSD.