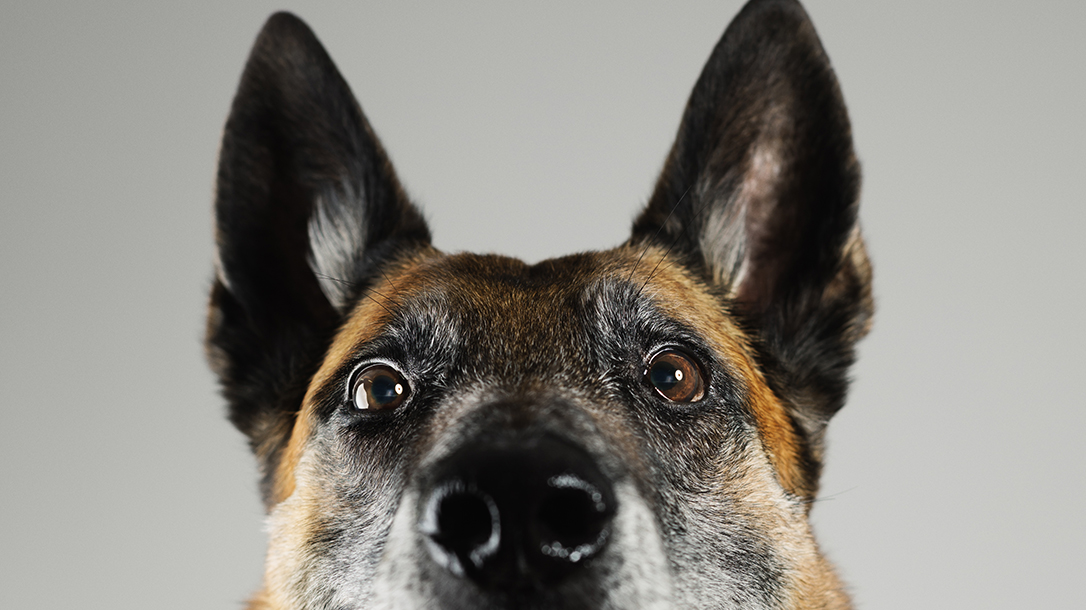 Dogs, man’s best friends. What better companion than a toy poodle or perhaps a Yorkie for a stroll through the park, to have on your lap during lunch at a sidewalk café, or perhaps cuddling on the couch while sobbing over a binge watch of reality-TV dating shows with a carton of ice cream? (Maybe if you’re Parisian? No offense to my Parisian cousin—he doesn’t even have a dog). However, those of us who go the “Way of the Gun” most likely have something slightly different in mind when it comes to dog breeds.

Domesticated dogs appeared somewhere between 15,000 and 40,000 years ago. They are believed to have been descended from wolves who followed nomadic humans around scavenging from their campsites. Through natural selection, some of the wolves developed domestic relationships with their newfound symbiotic partners. Humans provided food, comfort and safety, and in return, dogs accommodated by instinctively filling human societal needs. As we all know today (at least in Western society), the roles filled by dogs generally include companionship and friendship, and this was also likely at the outset as well.

Also, like today, but likely to a larger extent—given the circumstances under which our distant ancestors lived—dogs benefitted humans and also contributed to their survival, especially in a nomadic environment. Their canine instincts and senses inherited from wolves gave them the ability to both hunt and protect, and this likely cemented their relationship with humans forever.

As humans began to master their world and shed their nomadic lifestyles for ones that were more agrarian, they also diversified their environments and livelihoods. Likewise, this fostered the specialization of the canines that worked alongside them. Hunters capitalized on dogs’ ability to find and track prey. Shepherds had the ability to, well, herd. Farmers used large dogs as beasts of burden. Even militaries, going as far back as the Romans and Persians, employed dogs as guardians and warriors. And, of course, for Parisians, dog breeds also became fashion accessories. This specialization is arguably humans’ first foray into genetic engineering. So, and with no concerns about virtue signaling here, we can definitively state that dogs are NOT non-GMO!

However, many of us remain like our ancestors who first saw the value in having dogs around for the traits that made them ideal companions. We are looking for loyal canines that can offer personal or home protection as well. Breeds with those qualities have certainly been refined too. Generally speaking, the qualities—and by extension, the breeds—that are well suited for either personal or home protection tend to be similar.

In fact, the distinction between these two types of canines is often simply a matter of the type of training a dog receives. The training, in both cases, tends to focus on defensive abilities. Although seemingly somewhat counterintuitive from a personal protection standpoint, the training for these animals is not offensive in the sense that a military or police dog might undergo. We should not focus on dogs with a high prey drive that are looking to chase and subdue a target. Instead, most private dog owners should look for dogs that will obey commands. This means that they will attack on command if needed but will relent without fail when told to do so.

Therefore, the desirable qualities we should focus on include:

So, which breeds optimize the above traits? Well, ask dog experts and you’ll get 10 different lists. But there are a handful of dog breeds that show up without fail on all of them:

Working Dogs For Us Please

So, although the traits we look for in protection dogs lie under the surface of all of our canine companions, if you’re looking for a Fido who’s going to bring its A-game to protecting your home and family, the shortlist is, in fact, pretty short. The most important thing to remember is that, just like everything in life pertaining to performance, it is solid training that will turn that 120-pound lapdog into your family’s protector.