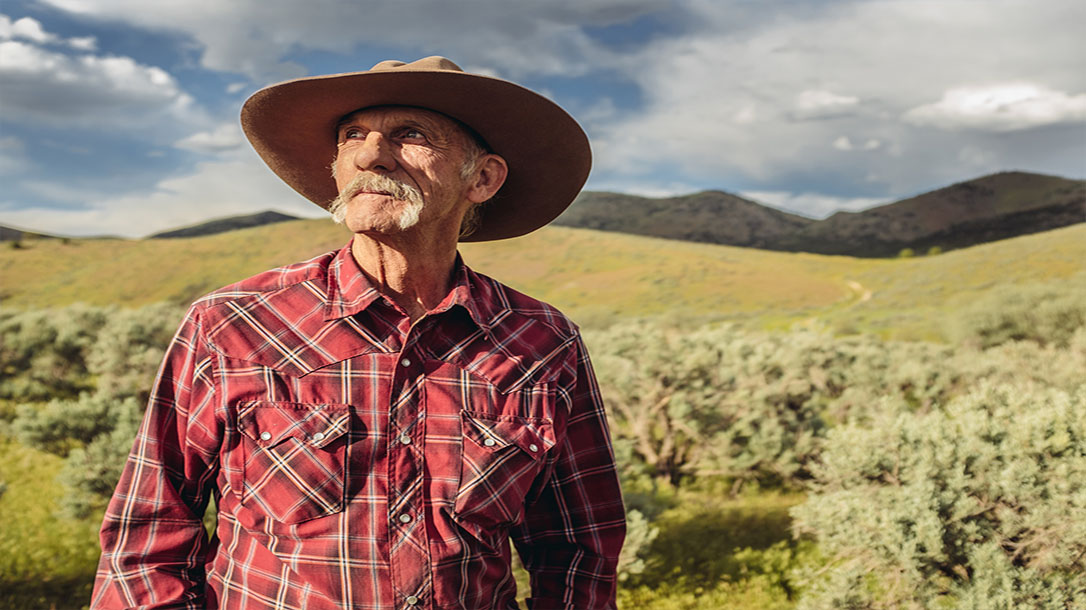 No Shit There I Was: My Grandpa’s Epic Fight With A Rattlesnake

Storytelling is one of those fast fading arts that some would say is even lost in today’s age. Stories are the means by which people hold on to history, while also ensuring that vital information is passed on to the next generation. The information can be designed for entertainment, or maybe simply to provide a guide to people through some of the everyday life decisions faced by all. Then there are times when the information can be epic life or death stuff that legends are made of.

Epic stories tend to be the stories that survive the test of time. It is generally those “no shit there I was” type stories that carry through time and make superheroes out of mere mortals. Stories such as these, which have survived decades and been told for so long, actually outlive the original storytellers. Those involved in the story, and those who go on to tell the story may be long gone.

It is those epic, long-lasting, hold-your-breath-type stories that tend to impact us the most. They can be the edge of your seat, heart pounding, no shit unbelievable stories that deserve to be retold, and that is just the type of story that you are about to hear.

Fight With A Rattlesnake

This story is one of man and beast, and to understand the man involved, you have to understand the type of man he was. Grandpa was from a large Texas family with a house full of siblings and other relatives, all being raised in an era of the great depression. People were built differently then because times were tough, and grandpa was no different. Along with tough times comes the distinct ability for people to take care of themselves and others, no matter the situation.

As grandpa entered young adulthood, a World War broke out, and he was soon off to a foreign land to fight for the good ol’ US of A against our enemies at the time. Grandpa survived the war and returned home to start his own business and a family. That family eventually led to a grandson that hung out with his grandpa quite often. Many times that consisted of hunting and fishing trips for a few days.

It was a hot summer day, and grandpa had been planning a fishing trip to a nearby lake. The lake was an Arizona desert lake, which normally produced a good amount of bass, catfish, and crappie. The plan was to stay at the lake for several days, camping along the shore, and fish during the day.

The boat was prepped and hitched to the truck. The ice chests were filled with food and drink, and the fishing poles were loaded and ready. It would be about a three-hour drive to the lake, and darkness would just be setting in before arrival. Grandpa loaded up, and the trip started as the truck and boat headed west toward the final destination.

As is the case on any road trip, there tends to be stops from time to time. This trip was no different, and as the lake was only about twenty minutes away and the sun had set, grandpa decided that one last “pee call” was in order. This meant a quick roadside stop on the dirt road leading to the lake to allow for everyone to relieve themselves.

Once grandpa found a suitable place to pull over, he rolled to a stop and got out of the truck to pee at the rear of the truck. Within seconds it looked and sounded as if grandpa was in a street fight with an imaginary foe. As grandpa circled around in place, it looked like part breakdancing and part MMA fight. Grandpa’s arms were flailing, while he stomped his feet and cussed.

It was then that the distinct buzz of a rattlesnake filled the air, and everyone stopped in their tracks. The rattlesnake is common in these parts, and once you have heard one fire off his rattles as a warning that you are entering his territory, you never forget it. The buzz of the rattlesnake would get loud and then go muffled. All while grandpa continued to twirl in place, cussing and stomping. It was then that everyone realized exactly what was taking place here, grandpa was in a fight with a rattlesnake.

Grandpa had somehow missed the rattlesnake that slid out from the side of the road, and right under the rear bumper of the truck. When grandpa stopped to pee, he stepped right on this snake, and with the luck of the Irish, managed to step right on the head of the snake. This immediately caused the rattlesnake to curl around grandpa’s boot, and up his leg. Unfortunately for the snake, his head was still under grandpa’s boot. This is what led to the strange dance, as grandpa stomped the hell out of that snake’s head.

It wasn’t long until things had settled down, and grandpa had everyone load back up and head for our final destination. Once at the campsite, the first order of business was to build a campfire and get the lanterns fired up for light. Grandpa proceeded to pull out his defeated enemy, which was about a five-foot-long diamondback rattlesnake.

As the fire grew and the whiskey began to flow, the rattlesnake was quickly dressed out and skinned. In no time, grandpa had prepped the skin for tanning, and the rattlesnake meat for cooking. Dinner was a little more meaningful that night, and actually quite tasty. I can see why warriors of the past would drink from the skulls of their enemies. There is just something about enjoying the spoils of war after an intense battle. Genuine no shit there I was fight with a rattlesnake ended with a great meal.