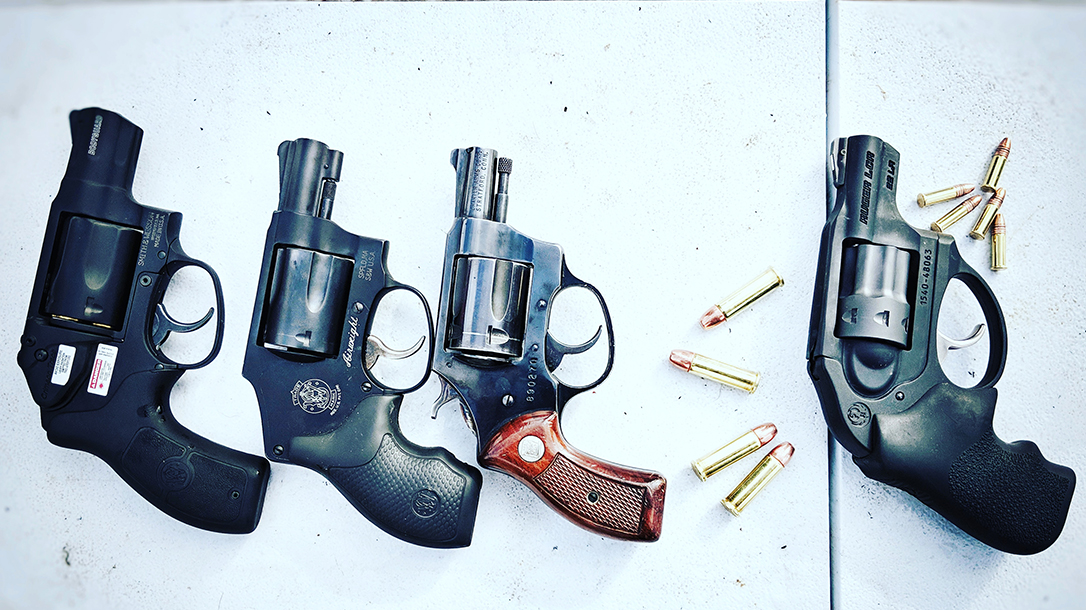 Ed’s Manifesto: Beware Of The J-Frame Revolvers Known As Chatas

At 5:05 p.m. PST on March 23, 1994, at a campaign rally in the impoverished neighborhood of Lomas Taurinas, Tijuana, the Mexican presidential candidate Luis Donaldo Colosio was shot in the head with a .38 Special at a distance of a few centimeters. A simple, chrome-plated pistol was all that was needed to change the course of history in Mexico. It was the first time I had ever seen a J-frame revolver used in person.

These types of guns are referred to as “chatas” by some in Mexico—slang for “stubbies.” During the time that I was active, I saw how effective a small J-Frame revolver was. Specific groups, both criminal and governmental, gravitated toward them as assassin’s tools and backup weapons.

The following is an interview with the man who educated me regarding this type of pistol and the role it could play in my personal arsenal. He was part of a small group of U.S. instructors that we had the privilege of learning from way back in the day.

EC: For people in our day and age who don’t have your background and have never gotten to see some of the things you have, can you explain why a small J-Frame revolver is still in use by not only criminals, but also by a few very special units out there?

A: Revolvers never fell out of popularity with criminal elements in many areas. Much of what we still use today was once common practice with the small revolver and just went out of vogue. Some of the other techniques we use are literally just evolved versions of old “bad guy” tactics that worked.

Small revolvers fit the needs of discreet carry in clandestine, non-permissive environments. Not only do they allow for easy procurement of ammunition, but also their lack of casings left behind and confusing round signatures can be beneficial.

With some simple and obvious modifications, they can be ideal for extreme, close-environment deployments. Semi-autos can easily malfunction in a grappling situation. While you can prevent a revolver from firing, it is much harder to stop the cylinder from cycling. A hammerless weapon is especially effective, but even an exposed hammer can be difficult to prevent from going bang.

EC: What goes into selecting a caliber for such a pistol? Availability of the round? Stopping power?

A: Stopping power is a myth spread by people who don’t understand how gunshot wounds work. Target placement and the size of the round determine the amount of physiological destruction. Then there are the speed and ballistic coefficients, which affect what the bullet does with the force wave behind the round. Therefore, size is ultimately less important than speed, and a faster round is more damaging in most cases than a bigger, slower round. Of course, this all depends on your shot placement.

The first consideration for selecting a caliber is its projectile signature. For example, a .357 is useful because a .38 round can be used. But the most common calibers used in the units I’ve been involved with are factory or armory modified and reamed to 9mm or .22 long rifle. The second consideration is availability.

EC: What specific modifications to J-Frames were you shown in your training, and what have you seen out there?

A: In the units and teams I am involved with now, we do a very specific type of work. So, if the tool is needed, it will be specialized. The so-called “Fitz mod” is standard on our issued snub-noses. The hammer is shaved, but they aren’t hammerless. The trigger is also cut back to allow a more universal trigger pull. An illuminated big-dot front sight and crimson trace grips are sometimes added. Additionally, there is trigger spring work and tinting work done on the cylinder.

EC: As far as carry goes, what improvised or unconventional methods have you seen that you can share with us?

A: The coat-hanger carry is fairly universal across the board—used by us and by bad guys. This allows a deep-cover waistband carry.

The J-Frame Revolver Is Still Relevant

The classic ankle rig with an old-school, open-trigger-guard ankle holster is what we are issued today. This allows us to carry the J-Frame snub-nose revolver on the ankle and fire it from certain positions without even drawing it from the holster.

Of course, the tried-and-true, condition-ready-to-go pocket carry is the method most often seen.

We are also still issued a “tanker-style,” “Miami-Vice”-style shoulder holster to wear under several layers. Then, there is also the “belly band”—wrapping it around the abdomen. These options are used for deep concealment and are much more specialized ways to carry.

To conclude, these smaller options still have a life of their own out there in the darker corners of the world. Why fix what isn’t broken, as some say. These have served many people well and they still do. Never underestimate the chata.

For more talk with Ed Calderon tune in to our podcast Skillset Live. Get in on the conversation on our social media pages or pick up a back issue at OutdoorGroupStore.com!