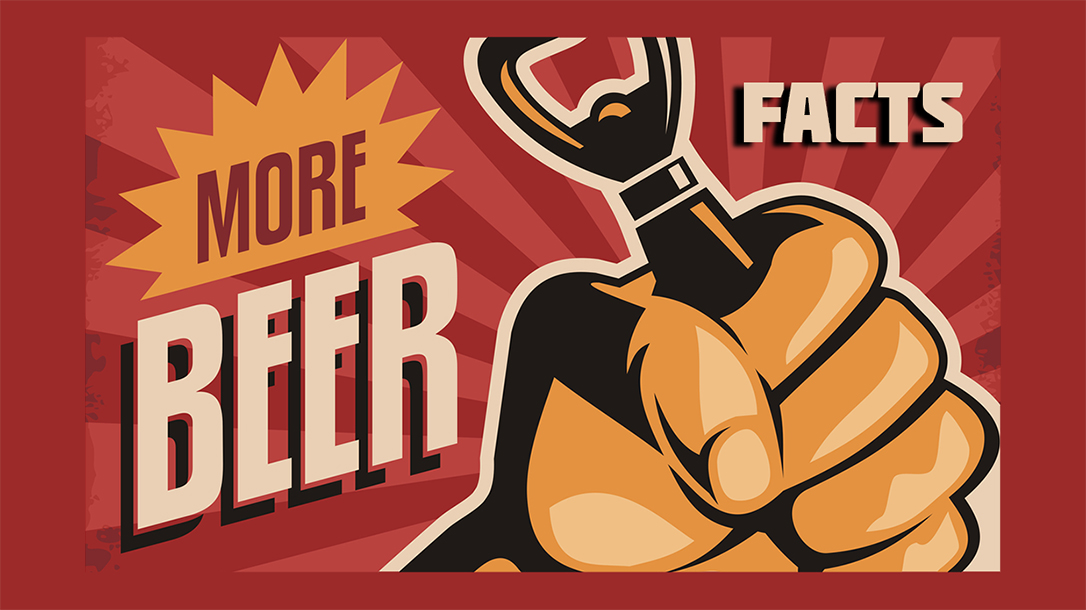 Drink Up: 6 Beer Facts For Your Next Trivia Night Out With The Guys

If you’re like us, the ol’ rona has put a stop to drinking with the guys at your local pub. Getting shit-faced on a zoom call just doesn’t have the same effect as a cold beer at the bar…laughing and solving the world’s problems on a cocktail napkin or telling stories from before 2020. Now is the perfect time to get your trivia game strong so you’re ready when bars open their doors! Of course, you’ve had since spring to improve your body and mind. If that didn’t happen, learning beer facts to amaze your friends is a perfect backup plan! Here we go:

1. Part of the Declaration of Independence was written in a Philadelphia pub. Also, the Marine Corps formed in Philly’s Tun Tavern. One word … ’Merica!

3.  A common breakfast during medieval times was beer soup, hence the phrase, “Breakfast of Champions.” Ok, we made that part up, but it makes more sense than Wheaties.

4.  Cenosillicaphobia is the fear of an empty glass of beer.

5.  No one really knows what the “33” means on a bottle of Rolling Rock. Some theories are:

—The number of words in the slogan on the bottle.

— The prohibition repeal happened in 1933

—The money to start the brewery was won on a horse named “Old Latrobe.” His number was 33.

6. Good news, beer is a significant source of silicon that increases calcium deposits and minerals for strong bones. Drink up, doctor’s orders!

Our podcast Skillset Live is loaded with all types of beer drinking fun!  Get in on the conversation on our social media pages or pick up a back issue at OutdoorGroupStore.com!