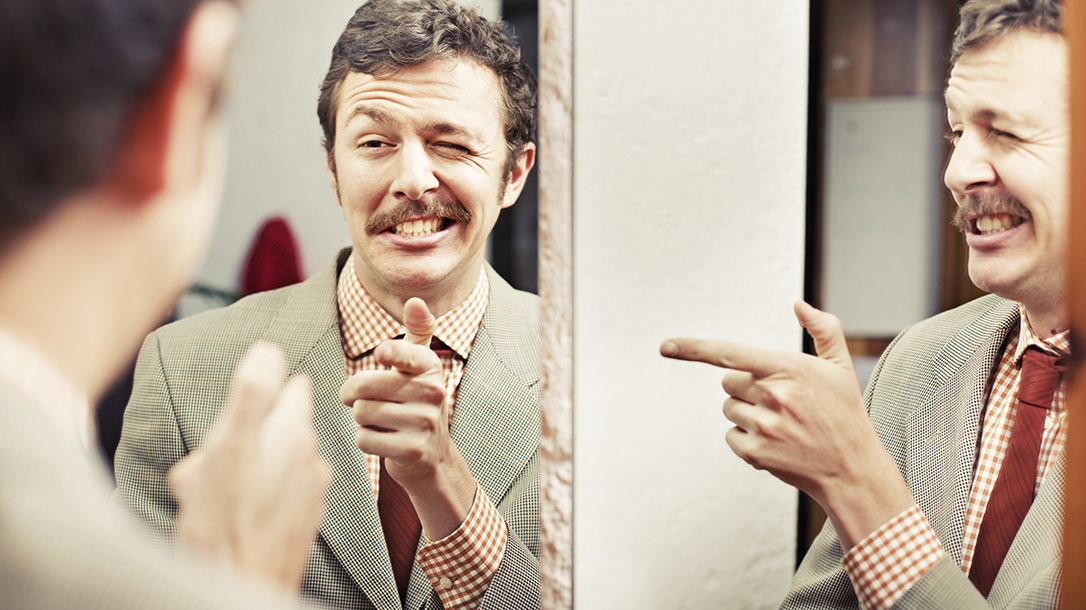 Narcissists are everywhere today. Oh, you know them well—they are the loud know-it-alls. They claim that they are the experts in everything, think they are smarter than everyone else, act as if they are the brightest in the room, are typically the loudest, and strive always to be the center of attention. A narcissist especially likes to put others down at work, home, the bar, family functions and really, everywhere they can. They are blowhards, legends in their own minds, and they think they are fundamentally superior to everyone else. Most times you can’t even get a word in, and over time, you just want to avoid them.

Well, let’s just call them what they are: epic jerks. They brag about their achievements, focus on their appearance, boast about their “amazing” cars, homes, children, money or management styles, and they always seem to turn the conversation back toward themselves 24/7.

In the long term, however, they seem to wreck everything in their paths in their home and work relationships since no one stays near them very long. And since we don’t live in the Old West, we really can’t take these personality types “to the woodshed” by punching them in the face or by throwing them into the river to shut them down for good.

So, how do you handle narcissists short of losing your temper and administering street justice that lands you in jail? To deal with this psychological enemy and to learn how to defeat them, you first need to understand your opponent.

Narcissism is actually a real psychological term and a name for a personality disorder. The word “narcissist” comes from the Greek myth of Narcissus. In this myth, Narcissus, an attractive young son of a Greek god and a nymph, set out looking for someone to love. A beautiful nymph named Echo fell in love with him and repeated everything he said, but he rejected her and she faded away. Narcissus became frustrated and kept looking for the perfect mate until the day he discovered his reflection in a pool of water. As the story goes, he became infatuated with his own image and gazed at it in a fever of unreciprocated love until he either died or committed suicide. The myth captures the tragedy of self-admiration.

How Narcissism Forms At A Young Age And Then Evolves

According to articles published by the Mayo Clinic, there are two predominant ways narcissism develops in children before it progresses into adulthood. In the first way, the child grows up in an environment of excessive parental adoration, which gives the child a massive ego that persists into adulthood. The second way involves excessive criticism directed at the child or, conversely, a lack of attention given to the child, which adversely impacts the child’s experience of growing up. This type of narcissist frequently seeks redemption or praise since there was a lack of positive reinforcement growing up.

Basically, narcissists are little A-holes that develop from a young age and grow into nightmare adults, and behind their masks of extreme confidence exists a fragile sense of self-esteem that is vulnerable to the slightest criticism. Narcissists will try to get the upper hand on you and anyone who crosses paths with them, and they will try to win at any expense to avoid being exposed as insecure.

How To Battle And Crush The Narcissist

Most narcissists seem to do well in head-on confrontations and even appear to crave such encounters. Since they are bullies at heart, they are typically scrappier and dirtier fighters than most of us, and initially they will challenge you and come across as formidable foes. In fact, most psychologists recommend avoiding these people at all costs. However, typical Skillset readers are not ones to back away from confrontations that are forced upon them, so it is important to know how to lay down the law with narcissists. Therefore, what follows are some pointers to crush this type of bully.

Plan Your Attack And Do Your Homework

First, do your homework and lots of it. Assemble your quiver of psychological arrows and then launch your attack. Begin by finding out what your narcissistic tormenter really identifies with. Perhaps this person is into Ferraris or working out. If it’s Ferraris, then gather facts and statistics that demonstrate that Ferraris are terrible cars that break down all the time.

If the narcissist works out, then perhaps point out that they appear to be gaining weight. You can even brag to them that you lost more pounds than they did (even if you didn’t) and ask them why they are failing. Bring up new facts countering what they say every moment they open their mouths. Sure, they will argue with you, but when they leave the first round, you will have already inflicted damage. Trust me, the narcissist will stew at home all weekend thinking about you, and their insecurities will only grow.

Your psychological operation against your opponent can actually end up being fun for you. Always keep up the pressure and do your homework on their fixations, cleverly countering them at every opportunity. Facts that oppose their stubbornly held beliefs are not what narcissists want to hear or experience. Hammer them over and over. Do this in front of others—their peers, their friends and their family. They will certainly battle back, but you will begin to wear them down.

My Terrible Boss Is The Worst Narcissist Of Them All

Here is a tough one. Do you have a terrible boss and feel as if there is no way out? In that case, the first thing you should do is to get a new job. (Face it, if the job is that terrible, you are unlikely to work there forever, anyhow.) But once you secure your new job, don’t quit the old one immediately. Have some fun first. Battle and subtly torture your narcissistic boss for a while.

In fact, you can try something like what was the premise of the movie Office Space. In the 1999 film, the main character decides to quit and does everything he can to get fired, and through a series of comical events, it never seems to happen. Adopt this “I-don’t-care” approach as long as you can and have fun with your get-out-of-jail-free card (your new, upcoming job). Then, when you sense that the hammer is about to fall, quit an hour or so before you actually are fired.

On quitting day, be sure to tell your narcissistic boss how incompetent and unloved he is. Spend your final hours at this job loudly talking about his inability to talk to customers, why no one likes him, why his business plans are flawed, why no one is loyal to him, and why he will be fired one day. You have nothing to lose, so relish it. For the icing on the cake, don’t tell him where you are going after you leave. Say you will be on a sabbatical and watch him get confused and have to look up the word in the dictionary. (Just don’t talk about how you got this advice from this magazine at your next job.)

Owning Your Enemy And Going For The Kill

If you talk to interrogators and police detectives about how they gain the upper hand with narcissistic individuals, they will likely tell you that it’s not purely about ganging up on them or verbal firepower. Instead, it is about confidence and acting with information and intelligence. Throw in the element of surprise on occasion too, and that can really intimidate people as well.

However, intimidation is not necessarily about projecting the appearance of impending violence or harm, and that is not a strategy that is advised in most areas of society anyway, especially the workplace. However, holding more information than your opponent and knowing how to use it is its own subtle yet highly effective form of intimidation, and you can use this advantage to dangle them from a thread mentally, so to speak.

In the game of overcoming narcissistic jerks, it is ultimately about the power that comes from your enemy knowing that you won’t back down. Once this has been established, you will find that your problem person will usually disappear entirely on their own over time—typically forever. Finally, you can also be that key individual who spanks an intolerable narcissist’s inner child, and maybe they will learn a lesson from this and not only be nicer to others in the future but a better person as well. It is a form of public service, really, and those around you will likely thank you for taking down a notch or two someone who has probably also made their lives less pleasant. This can be a win-win situation for everyone—even the narcissist.