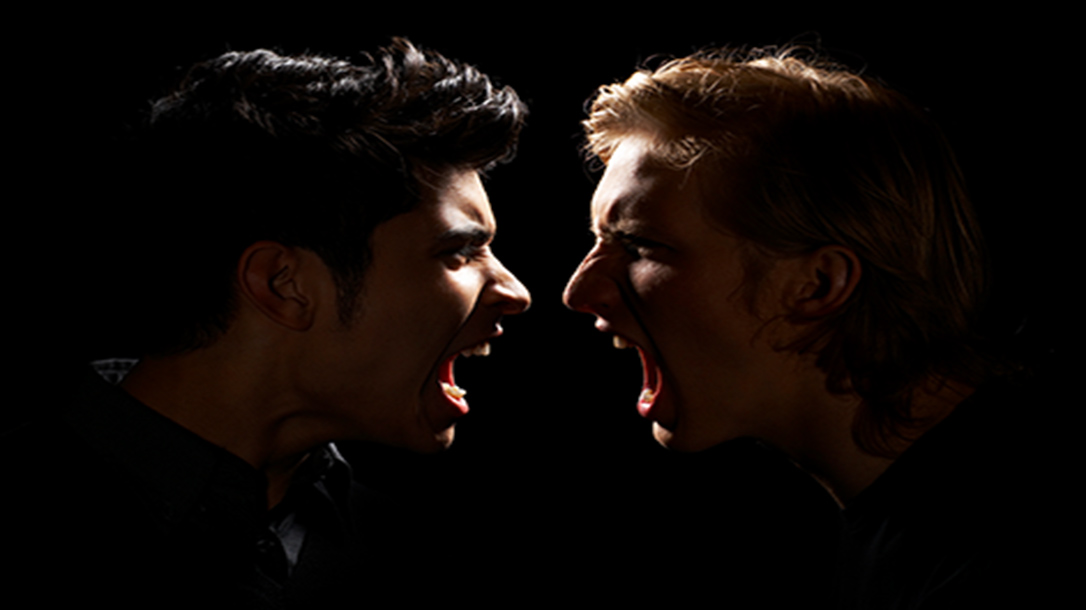 Fighting it’s really overrated, especially when you are fighting for FREE. There is a monstrous difference between self-defense and knowing when you can “walk away.” In many cases, people find themselves in violent encounters because they don’t know “how to” walk away or how to de-escalate a situation before it turns violent.
During my party days, I cleaned up, got dressed, grabbed some money to go meet my friends, had a good time, and maybe met a girl and got lucky. I didn’t go out looking for fights, and I sure as hell didn’t hang out or bounce at seedy places that were filled with those types of characters, but every so often, some Dick headed tough guy whose entire plan for the evening was to ruin someone else’s evening would show up. He would generally show up with friends. Luckily for his friends, he was happy to ruin their good time as well. Hopefully, by the end of this article, you will have some idea of how to handle that guy should you bump into him and need to know how to de-escalate a situation before it turns violent.

I work for an 80% active or retired law enforcement or military company. The Jarhead that sits next to me is an active cop at a local suburban Police department. Let’s call him “Rob.” I talked to Rob about this assignment for SKILLSET Magazine, and he went into this longwinded story about de-escalation. I spaced out most of it, but I decided to share somewhat what I remember with you. You’re welcome.

A Long-Winded Story By Rob

After a night game filled with shenanigans at Wrigley Field, the Cubs beat the St. Louis Cardinals in extra innings. Some rowdy Cubs fans, my group of friends included, were the apple of the eye of surrounding Cardinals fans, who were not as happy about the loss. It showed in their demeanor and backhanded comments to any Cubby fan within spitting range.
As my friends and I walked along Clark Street, a group of three Cardi-loser fans walked up from behind. One of their guys intentionally shoulder bumped into one of my friends as they passed. The Cry baby fan stopped, turned to my friend, took an aggressive stance, and yelled, “What the holy hell is your problem?” I’m not sure who says that in real life, but tensions got Satan’s butthole hot at the drop of a hat, and as I checked out our surroundings, I saw that they quickly sized up our group.

What Would Rob Do?

As an off-duty police officer walking with many day drinking buddies, I knew that a physical response and confrontation was a bad idea. As much as I am a got-your-six type of guy, de-escalation was the best move in this situation. I immediately sized up the situation, identified any immediate physical threats we would have to defend ourselves, and located an escape route. The sidewalk was crowded, but the street was empty of traffic and afforded a clear area for us to run through) and then read each person in our two groups.
The twatscraper that bumped my friend was at a kissing distance and dripped that “I’m gonna kick this guy’s ass” swagger through their body language and demeanor. My Cop senses were tingling, and I knew I needed to spring into action from there.

Keep Your Friends Close, But Your Enemies Closer

I stepped over to my homie, put a manly mitt on his shoulder, and calmly said, “hey Bruh, I think it was an accident. Step into my office,” and pulled him back a few steps out of Anger Boy’s direct line of sight.
I then took my shot to address the snow-flaked fan in the same calm, measured tone. Keeping some distance for safety and watching his body language for signs of attack indicators, I used the age-old adage of “keeping your friends close but your enemies closer than your friends who are close” or something like that and apologized to him.
My apology went something like this. “Hey man, sorry for breathing and hogging the sidewalk, our bad.” This instant apology seemed to work, as the fan seemed taken off guard. I followed up the apology by saying, “Sorry that the Cubbies kicked your team’s ass, it was a fluke, and I am sure you guys are gonna come back tomorrow and stomp ours.” Again, my trademarked calming charm seemed to be working. Noticing that he was still eyeballing my friend, but this was Boystown, and his buddy began steering him away from us while saying, “it’s all good, sorry about that.”

I made eye contact with his buddy, and we both gave each other a “Bruh-like” manly-chin-nod of acceptance that signified we were on the same page. The guy that bumped my friend gave an authentic Cardi-B-sounding laugh and muttered, “I always knew Cubs fans were soft,” and then turned along his friends and skipped down the sidewalk. My job here was done. The could have been violent situation was over.

I turned to my group of drunken suburban buds and suggested we stumble in the opposite direction and duck into one of the nearby dive bars for a tasty post-game beverage. As we walked, my friend that was bumped said, “I could have taken that guy. Now we look like punks”. I looked at my friend and said,” who is the punk, the punk that gets punked or the punk doing the punking until he can punk no more?”.
Not knowing what I was talking about, my friends changed the subject, ditched me, and slipped into Nut on Clark. I ended up taking an Uber home alone.

So, what did we learn from this incident? When a situation you are involved in is looking like it is going to turn violent, remember these tips:
Read the environment. When a situation is about to turn violent, the most critical factor is identifying immediate threats and establishing an escape route. Remember, there are always fights after Cubs games. Time and distance are always an advantage. Walking away or disengaging from the incident altogether is the ultimate form of de-escalation. Leave your loser friends at home.
Control those with you. Even though your intention may be to de-escalate and defuse the situation, this may not be the case with those with you. It is easier to de-escalate the people you are with than to de-escalate the opponent. Get them out of the aggressor’s line of sight by telling them to leave, not talk, or physically remove them by the back of their tighty-whiteys from the area when all else fails. Leave your loser friends at home.
Don’t be afraid to eat a piece of humble pie. Bruh, our ego gets us in the most trouble nine times out of ten. Learn that “sticks and stones poem” and that if you are being called every name in the book by someone, this is not a physical threat. Develop a thick skin and realize that walking away isn’t a sign of weakness but a sign of strength.

Waysun Johnny Tsai is the Special Programs Manager and an Instructor for Controlled F.O.R.C.E.