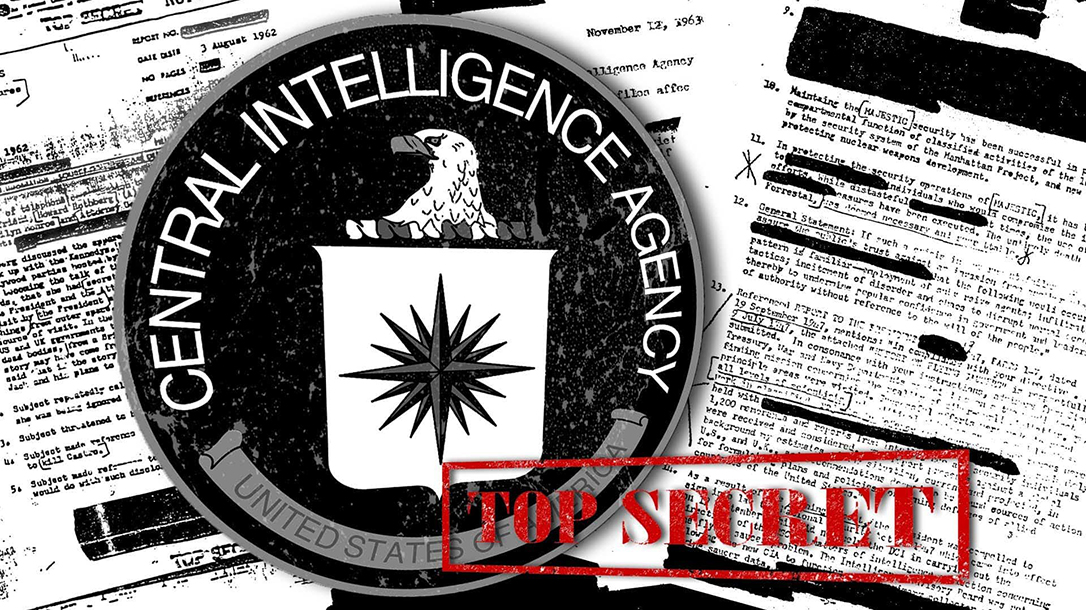 Dark Pages Of History: I’m From The Government And I’m Here To Help

“If ever this vast country is brought under a single government, it will be one of the most extensive corruption.” These prophetic words penned by the great Thomas Jefferson speak volumes to where we are today as a country. Once a firm understanding of federalism and states’ rights was the core of government. It is not just an idea but an actual part of the constitution.

The 10th Amendment states, “The powers not delegated to the United States by the Constitution, nor prohibited by it to the states, are reserved to the States respectively, or to the people.” We are far from that now as an over-fed belligerent federal government seems to claw its way towards more power. A government that has already proven it is capable of unspeakable tyranny and illegal acts. For those that dismiss such an idea as conspiracy, I would like to take you for a walk down memory lane to look at just a few of the many times when the federal government did horrific things to its own citizens.

For the sake of time, I will focus on a few episodes that are not nearly as well-known as others. First up is MK-Ultra. This was a top-secret CIA project in which the agency conducted hundreds of clandestine experiments on unwitting U.S. citizens. The goal was to assess the potential use of LSD and other drugs for mind control, information gathering, and psychological torture. The project ran from 1953 until 1973 and included thousands of U.S. citizens. The project included several sub-projects like Operation Midnight Climax.

This operation was looking at the same things but from a different angle. In this project the government-employed prostitutes that lured unsuspecting men to CIA “safe houses” where drug experiments took place. The CIA would then dose the men with LSD and at that point, while at times drinking cocktails behind a two-way mirror, they watched the drug’s effects on the men’s behavior. Recording devices were installed in the prostitutes’ rooms, disguised as electrical outlets. An agent named George White wrote to Gottlieb in 1971, “Of course I was a very minor missionary, actually a heretic, but I toiled wholeheartedly in the vineyards because it was fun, fun, fun.

Where else could a red-blooded American boy lie, kill and cheat, steal, deceive, rape and pillage with the sanction and blessing of the All- Highest?” None of this was discovered until 1975 when there was a congressional investigation into widespread illegal CIA activities within the United States and around the world. Investigative efforts were hampered by CIA Director Richard Helms’s order that all MK-Ultra files be destroyed.

Second, on our list is Operation Mockingbird. During this operation, the agency recruited leading American journalists into a network to help present the CIA’s views. Does this sound familiar? It also funded some student and cultural organizations, and magazines as fronts. An investigation revealed that the National Student Association was funded by the CIA. As it developed, it also worked to influence foreign media and political campaigns. As Yogi Berra would say, “It’s déjà vu all over again.”

One of the most appalling operations undertaken by the federal government was the Tuskegee Experiments. The Tuskegee experiment began in 1932, at a time when there was

no known treatment for syphilis. After being recruited by the promise of free medical care, 600 African American men in Macon County, Alabama were enrolled in the project, which aimed to study the full progression of the disease. Doctors from the U.S. Public Health Service, which was running the study, informed the participants they were being treated for bad blood. When the truth was, they had injected 399 men with latent syphilis and had a control group of 201 others who were free of the disease. By the time it was brought to light 28 patients had died directly from syphilis, 100 died from complications related to syphilis, 40 of the patients’ wives were infected with syphilis, and 19 children were born with congenital syphilis.

The last one is Gary Webb. Gary Webb was an investigative journalist who dug in the wrong hole. In 1996 while doing an investigation he gained access to secret grand jury transcripts. That discovery led to a paper trail that he followed. What he discovered was that a federal government informant, Oscar Danilo Blandón, was covertly selling literally tons of cocaine for the Central Intelligence Agency in south central Los Angeles, and other parts of the country.

This has been directly linked to the crack epidemic that swept North America during the 1980s and ’90s. The funds were being raised to fund CIA-trained terrorists in Nicaragua to overthrow the Sandinista government. Webb was immediately vilified in the general media as a crackpot, but the story would not go away. Webb was being sought after for interviews and interest in the story grew. Two months after his article was released however it all ended. Gary Webb was found dead with two bullet holes to the head. The authority’s ruled it a suicide and the investigation was closed.

As you can imagine, I could go on and on. While these seem to be ancient to some people, this corruption continues today. It was recently discovered the NSA has been spying on Fox News host Tucker Carlson. This is without reason or legal standing. They simply do not like what he is saying. So, for those who implicitly trust the government, I hope that this enlightens you. Obviously, not all members of the government are evil. But enough evil ones exist that we need to constantly be on guard for outlandish behavior.