They sure don’t make ’em like they used to. That eternal phrase can be said for almost anything. All things from the toys in McDonald’s Happy Meals to Jeeps to television shows have experienced a noticeable decline in quality over the recent—and not so recent—years. This is especially true when it comes to the receptacles for America’s favorite alcoholic beverage: Beer. Nowhere is this more apparent than in older movies when brawny tough guys would slam beers and start crushing beer cans as a show of strength.

Kids today who watch Jaws and see actor Robert Shaw’s noted shark hunter, Quint, slam a Narragansett Beer and then crush the beer can likely are not thinking, “What a goddamn macho man!” Instead, they are probably wondering, “How in the hell is that intimidating?” (At least it wasn’t a White Claw.)

Of course, we all know if it had been a Budweiser can Quint had picked up from a 7-Eleven in 2021, it wouldn’t have been intimidating at all. But it wasn’t. It was a Narragansett Beer can some production assistant picked up in Martha’s Vineyard in 1974.

And to be sure, they don’t make beer cans like they used to either. But in this case, that’s actually a good thing. Beer cans before 1960 were made of steel, not aluminum. Steel cans really didn’t disappear from the marketplace entirely until the 1970s. Until then, you could still use those steel cans to fix your car’s exhaust pipe. Actually, you can still do that with aluminum cans. Maybe fixing vehicles with beer cans can replace crushing beer cans in the halls of manliness?

Why, you may ask, did steel cans fall out of fashion? If you can imagine what it would be like to haul a giant cooler full of steel beer cans up the side of a mountain while intoxicated, then you can appreciate the lighter weight appeal of aluminum cans.  Actually, the scene with Quint crushing beer cans in Jaws did use early aluminum cans, complete with removable pop tops. But the aluminum beer can of 1974-75 wasn’t like the beer cans of today either. Today, beer cans are a marvel of super-thin-walled engineering. Remember that the next time you’re shotgunning a Busch Light.

Engineering, as most engineers will tell you, is an art form designed to increase efficiency. And engineers aren’t just working on engines or factories. They engineer everything, and that includes things like beer cans. God bless those engineers; they are trying to get as many cans to your local store and to get that amber liquid down your gullet as quickly and as easily as possible—and it all starts with the can.

The Narragansett Beer can that Quint crushed on the deck of Orca was 40-percent thicker than the Truly can you drank at the airport when you thought no one you knew could see you. The process for making razor-thin aluminum cans didn’t exist yet in ’70s. On top of that, the old cans had wider tops and bottoms and a pull-tab opener, according to University of Illinois Professor Bill Hammack, also known as “The Engineer Guy” on YouTube.

This exceptionally thin design feature of the modern beer can not only saves more than the amount of aluminum required to make a 787 Dreamliner, it also saves you the embarrassment of not being able to open one with your puny forearms and toddler’s grip.

Basically, if you didn’t have the pull tab, opening “flat-top” beer cans from the old days would be like opening a can of Campbell’s soup. This means you’d have to open it with a special can opener called a church key. And if you know what a church key is, you probably remember when soup cans didn’t have pull tabs either.

But no one crushed soup cans to look like a tough guy; crushing beer cans was the standard. And since it is not impressive to see anymore, sadly, we will have to look elsewhere for signals of machismo. But remember: No one should be crushing beer cans on their head, or so says the 2007 Miller Lite “Man Law” Decree from the Men of the Square Table. (Watch it; that’s what YouTube is for.) 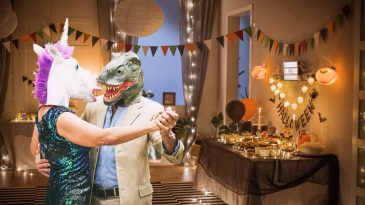 Ten Clever Adult Halloween Costumes: No One Should Dress Up As A Crayon

Deduce Like Sherlock: Put Your Observational Skills To Work

The perplexing problems and situations encountered throughout an average day are much clearer to solve than a person may think.

How To Network And Advance Your Career

If the era of the great resignation has taught us anything, good jobs and even better opportunities are getting harder and harder