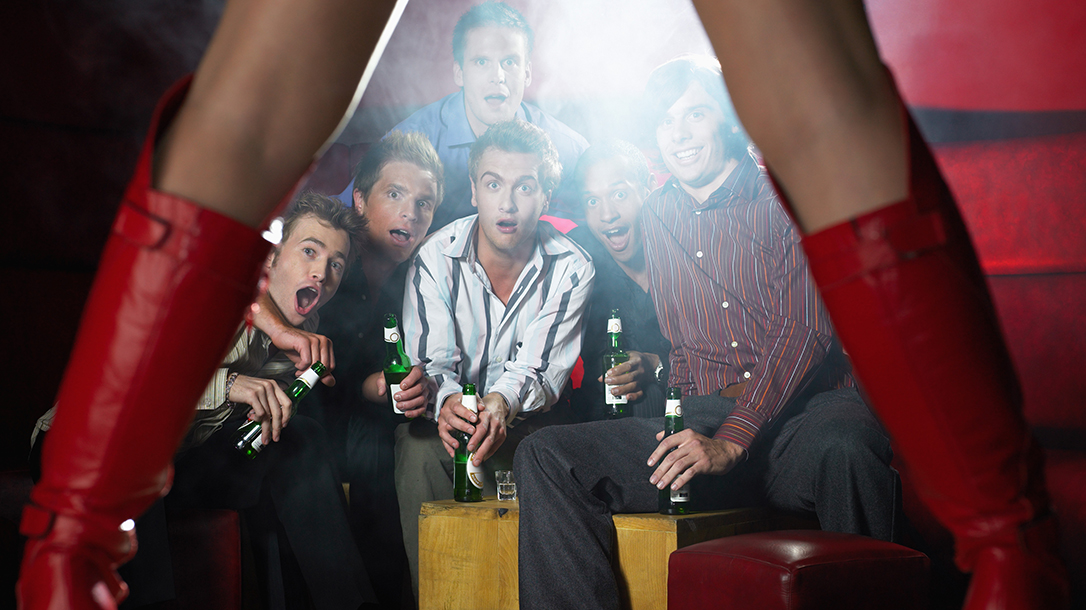 The male ritual known as the bachelor party has become a bit passé in recent years. Most men, at least those with friends, will be asked to attend one of these outings at some point. But some of those options – poker game, strip joint, pub crawl, golf outing – may just seem a bit dull.

It’s time to add a little more testosterone, or a little more class, to that next bachelor party? Some of those jiggling gyrations involved in some bachelor get-togethers may not even sound appealing in the time of Coronavirus. With that in mind, here’s a few alternatives that don’t involve a pole or a beer bus.

The original “Drive a Tank” experience offers friends a chance to get up close and personal with some armored machismo. This operation is located in Kasota, Minnesota, (just southwest of Minneapolis) and has been in business since 2006. Drive a Tank allows guests to buckle up in a FV433 Abbott SPG tank. These fighting vehicles have been a staple at various times of U.K. forces and are still part of the Indian army (the U.S. doesn’t sell its out-of-use tanks).

Packages include a complete history presentation as well as some machine gun action when the drive time is complete. There are several packages and options to choose from, like rolling over a car (Who could pass that up?), as well as some other tanks to check out. Other armored options include: Ox Ranch in Uvalde, Texas; Battlefield Vegas; and Tank Town USA in Morganton, Georgia. Book an outing with a couple friends – no MRE required.

Life on the Edge

Don’t bore your buddies with traditional darts – instead ramp things up with some axe throwing. This growing trend has competitors pitching razor-sharp hatchets with facilities opening up across the country from L.A. and New York to Atlanta, Dallas, and everywhere in between. The activity is a twist on traditional darts with some friendly competition tossing axes at a target. Sharpen those skills, plenty of bragging rights are on the line.

In Las Vegas, HeadzUp offers axe tossing and plenty more. Ready to channel your inner ninja? There’s never a dull moment when hurling throwing stars or knives while practicing for some mortal combat. HeadzUp also offers something called “archery tag.” This take on paintball war features bows and arrows as teammates do their best John Rambo impressions. Sounds painful, but don’t worry. It may be extreme archery, but these arrows are foam tipped. However, the adrenaline rush of shooting down a buddy like Robin Hood is the real deal.

Skip the golf course, but not the cart when heading to a sporting clay shooting facility. Some of today’s shooting options have added something extra to the idea of clay pigeon shooting sports. Elm Fork Shooting Sports in Dallas is a great example. Courses are designed like a golf course with shotgun-wielding “hunters” blowing away clay skeet in various locations and scenarios, such as a duck hunting blind. Show off your crack shooting skills and top the scorecard.

Other options include a pistol course and complete shooting range facilities. There are similar facilities around the country and some skeet shooting is a great way to have a blast outdoors with friends. Warrington Sporting Clays in Pennsylvania even hosts an annual fundraiser for Shriners Hospital – friends, fun, and plenty of shotgun shells for a worthy cause.

Clean up your crew at that next bachelor party. The classic barbershop has seen a revival around the country in recent years. Enjoy a nice cocktail or cigar with a great straight-razor shave, haircut, beard trim, and more. It’s kind of like a spa treatment – but just a lot manlier, of course. Bulls and Bears Parlor in New Orleans transports men back to the days of The  Great Gatsby. Take a seat in a vintage barber chair and undergo a precision cut followed by a relaxing shave, hot towel treatment, facial, scalp massage, and more. Your crew will be feeling like Nick Carraway ready to hit the town.

In Kansas City, head to The Rockford for a personal touch at one of three locations. The ambiance screams masculinity from the deer antler chandelier to the motorcycle on display inside. Scissors and Scotch offers just what the name implies with several locations around the country. Who says a bachelor party has to be low class? Ditch the shaggy locks and stubble. With a trim, stogie, and glass of bourbon, a trip to a classic barbershop can start the day the right way.

Need some night life for that next fiesta? Skip the jiggle joint and head to the sportsbook. Since the Supreme Court overturned the virtual federal ban on sports betting outside Nevada in 2018, more states have opened the betting windows. With sports leagues on pause during the Coronavirus pandemic, it’s a good bet your crew has been jonesing for some action on the field, ice, or hardwood. Those thinking smoke-filled seedy betting parlors are in for a much different experience. At today’s modern sportsbooks, like the newly opened Circa Sports in downtown Las Vegas or BetMGM Sportsbook at the Borgata in Atlantic City, players can expect a cool vibe in a classy environment.

Dig into a filet mignon or order up a craft brew (or even a Bud) while anxiously watching for that NFL wager to pay off. There are now 18 states allowing legal sports betting (including via mobile phone) with several more launching soon. Win or lose, some cocktails, camaraderie, and handicapping can make for a great night out. Hitting on that parlay for a few hundred bucks is nice too.

Our podcast Skillset Live is full great advice like this. Check us out, and pick up a back issue of our magazine at OutdoorGroupStore.com!