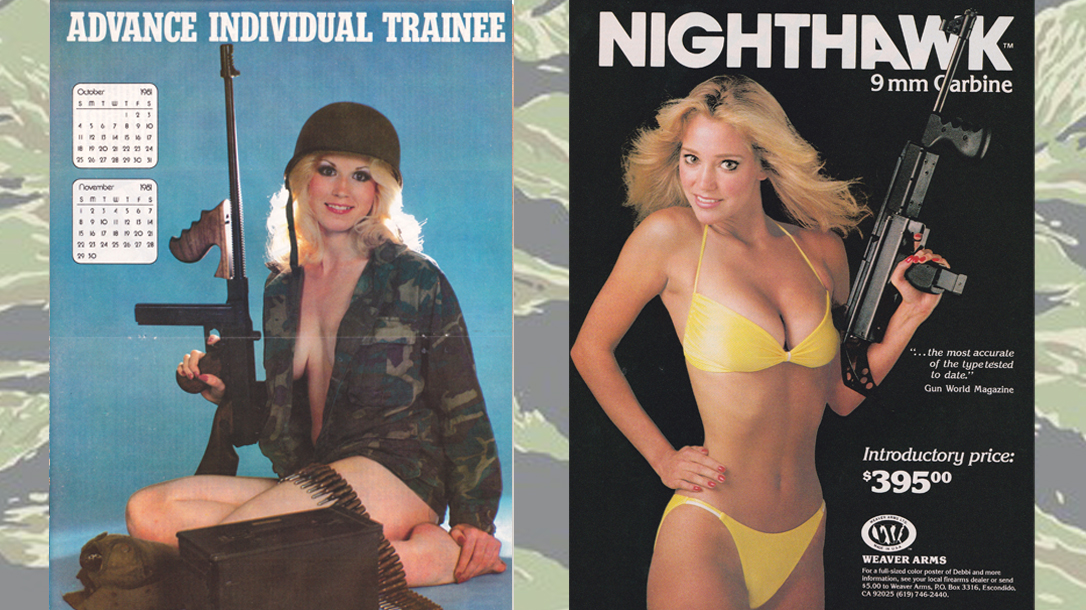 “In 1972, a crack commando unit was sent to prison by a military court for a crime they didn’t commit. These men promptly escaped from a maximum-security stockade to the Los Angeles underground. Today, still wanted by the government, they survive as soldiers of fortune. If you have a problem, if no one else can help and if you can find them, maybe you can hire … the A-Team.”

The size of my nostalgia boner anytime I hear the opening words from the television show “The A-Team” is large and impressive. I don’t think an 80’s kid alive today can’t recite those words verbatim.

It was the heyday of commie-hating, Reagan-loving Cold War machismo. American men were cruising around in their muscle cars strapped with KA-BAR knives, wishing they were John Rambo. On the large and small screens alike, we were bombarded with the threat of nuclear annihilation, while the wounds of Viet Nam were still fresh in our minds.

The “A-Team” represented the 80s mercenary golden age fueled by military magazines like Solider of Fortune, Eagle and Gung-Ho. With circulations in the hundreds of thousands, these publications gave boys and men thrilling stories of real war. With real conflicts and real ways to turn yourself into a ninja-fied killing machine. All you had to do was turn to any of their advertisements and order your weapon of choice.

As the war in Vietnam swelled, there were thousands of guys that could only relate to each other. They found comfort in stories of roving mercenaries unleashed on the world after the end of that war. These were guys that would continue the fight against the Red Tide of Communism. Continuing to stand out dictatorships and avoiding a society that didn’t understand them. Many of these stateside vets turned to the pages of underground military magazines — and readership skyrocketed.

To this day, Soldier of Fortune, is arguably the best-known publication of the bunch. Thinly disguised as the National Geographic of the war culture, SOF provided unfiltered, boots-on-the-ground views of world conflicts. Skirting the line between responsible journalism and mercenary recruitment, SOF catered to the “I’m not done with war yet” crowd.

Brown, known widely for his direct and abrasive communication skills (otherwise known as giving zero F’s) developed SOF in the mid 70s for his tribe: The Viet Nam vets returning from war to a society that labeled them as outcasts. This, however, was a stark contrast to today’s “Support Our Troops” branding on everything from car magnets to coffee cups. He also often traveled to some of the worst locations, deepest jungles and most dangerous borderlands to meet soldiers and commanders on the front lines.

Ahead of Its Time

Fluff was nonexistent. The articles were unabashedly anti-communist and publishers like Brown reveled in their ability to report the action that fueled the fires of guys that wanted to go anywhere, at any time to get into the fight. The pictures were graphic, often grainy and poorly exposed, but they provided an unflinching view of actual war. Reporters and contributors were also often embedded in the action, themselves frequently fighting alongside whatever faction happened to be the “right side” of the conflict.

And while the articles and info contained in the pages of SOF were decidedly heart pumping and politically charged, an equally fascinating aspect of the mid-80s SOF issues were the classifieds and the full-page ads.  Full-auto rifle conversions, blowguns, brass knuckles, kukri, stun guns and explosive guides were just some of the readily available items for sale. “How?” you ask. Because none of these were illegal at the time. However, with our current political climate, these ads from only 30 years ago seem almost satirical, if not surreal. They are things that would give the Diane Feinsteins of the world nightmares today.

The ads themselves were brilliant, albeit rudimentary. There was no gloss, no subtle innuendo. Want to be a ninja? Buy this throwing star. Have a hankering for blowing things up? Here’s a guide to making explosives at home. Those bump-fire stocks were once called “Inertia Fire”. You were a nobody unless you had a “Wooly Pully” commando sweater. Only one self-addressed stamped envelope away were all sorts of WWII relics, smoke bomb recipes and “covert mission guides.”

Of course, the end pages of these magazines were where you undoubtedly found the good stuff — especially if you were trying to dispose of that pesky spouse or business partner of yours. Hidden in the columns of “authentic military medal” offerings were scattered but unmistakable advertisements for skills acquired only after serving in foreign wars. Craftily worded, these ads provided services of all kinds, including thinly veiled sales pitches for hitmen and mercenaries.

However, it wasn’t just the lawsuits that clouded the future of SOF and other military magazines. As quickly as the commando culture rose to prominence, the fighters themselves got older. The young boys grew up and moved on to other interests and the Cold War began to thaw.

The Times Are Changing

Once the Berlin Wall fell, our enemies retreated and communism exposed as a flawed financial experiment. And while the world moved on, war didn’t. Conflicts against the drug cartels emerged and “Moslem” extremists were exposed in coup attempts in Trinidad. We were still keeping North Korea at bay and our sights began to settle on the regime in Iraq. There was no shortage of material to cover and report back to the masses. However, the Internet flourished and what was once found only in the dense pages of Soldier of Fortune magazine was now readily available in online bulletin boards, forums and websites. Instant access to news reports from all over the world desensitized many readers to images of war.

While readership eventually declined, military magazines like SOF, Eagle and countless other military magazines paved the way for many of the firearms magazines still in print today. Of course, the content has evolved into more specialized markets. However, the deep and muddy boot prints left by these 80s treasures is still clearly visible in everything we read. So, do yourself a favor and pick up a few copies of these military magazines from eBay and take a trip back in time.

If you’re a fan of low budget action movies and military magazines like us, check out our podcast Skillset Live! Get in on the conversation on our social media pages or pick up a back issue at OutdoorGroupStore.com!