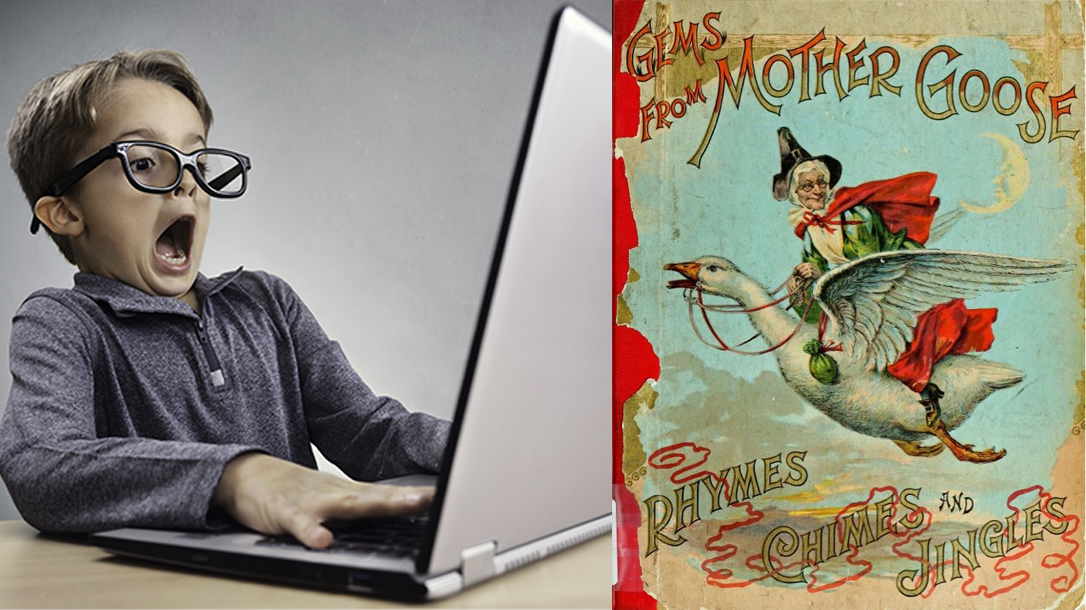 Ahhh … the innocence of children. Feeling that the world is as right as rain and that every nursery rhyme or song you learn is just that. Nothing mysterious, nothing dark, lyrics that seem as though they just arrived with no meaning behind them and just a simple tune or tempo to follow along with. That is until you grow up and learn that there are much darker seeds behind what grew into these chilling little tales.

The Dark Side Of Nursery Rhymes

Had a wife but couldn’t keep her;

He put her in a pumpkin shell

And there he kept her very well.

This one has one of the more gruesome origins. The rhyme was meant to be a warning for women in the early 1800s. One take on it was that Peter’s wife was actually a prostitute, and when he found out, he wanted to divorce her, but divorce was looked down upon at that time. Since he was unable to “keep” her from sleeping around, he decided to kill her instead and hide her body in a hollowed-out pumpkin.

How does your garden grow?

With silver bells, and cockle shells,

And pretty maids all in a row.

This original Mother Goose rhyme was supposedly based on Mary Tudor, the same Mary that the wicked little game of “Bloody Mary” is derived from. She was the only child of King Henry VIII and his first wife (Catherine of Aragon) who survived to be an adult. Mary was the rightful heir to the throne, and she took it as the first queen regnant. Mary desperately wanted to convert England back to Catholicism, so she repealed many of her father’s religious edicts, replacing them with her own, including strict heresy laws. This resulted in the burning of over 300 Protestants as heretics, earning her the nickname “Bloody Mary.”

The meaning of the lyrics in this poem are debated. Some say that the silver bells represent the Catholic Church’s bells, while others say they represent thumb screws and other torture devices that were used on her victims. The cockle shells were a genital torture device, and the pretty maids in a row describes the lineup of people for the guillotine. The garden growing was thought to be about the flowers in the cemetery because of how much death this woman brought about as a result of her religious beliefs.

“Here We Go Round the Mulberry Bush”

Here we go round the mulberry bush,

Here we go round the mulberry bush

On a cold and frosty morning.

Historian R.S. Duncan wrote that the song may have originated from female prisoners at HMP Wakefield in West Yorkshire, England. A sprig that was taken from Hatfeild Hall was planted on the prison yard grounds and grew into a mulberry tree. The prisoners would exercise by walking around it in a circle at night. This tree still stood until May 7, 2019, when it was removed after dying in 2017.

This quaint little French nursery rhyme has a nice ring to it when you sing it. The song really is fun, especially when you aren’t fluent in French and make it all the way through without messing it up. French is such a pretty language, given the way it just flows off the lips. Then you learn what you are really saying when you sing these lyrics. The meaning of this song is not as notably dark as the others, but to know that you are teaching your children to sing about ripping the bill off of a lark, plucking its eyes out and then ripping its head off is when you realize this little nursery rhyme isn’t so cute anymore.

“There Was an Old Lady Who Swallowed a Fly”

There was an old lady who swallowed a fly;

I don’t know why she swallowed a fly—Perhaps she’ll die!

There was an old lady who swallowed a spider

That wriggled and jiggled and tickled inside her!

She swallowed the spider to catch the fly;

I don’t know why she swallowed a fly—Perhaps she’ll die!

So, there isn’t any mysterious story behind this one; the nursery rhyme in itself is just a little sick. The woman manages to swallow a fly, a spider, a bird, a cat, a dog, a goat, a cow and finally, a horse. At the end of each phrase, it seems as though we are rooting for her to die because we know she will after recklessly ingesting all these animals to simply catch its predecessor, which she wishes to vanquish from each of her previous meals. So, why the hell did she swallow that fly in the first place?