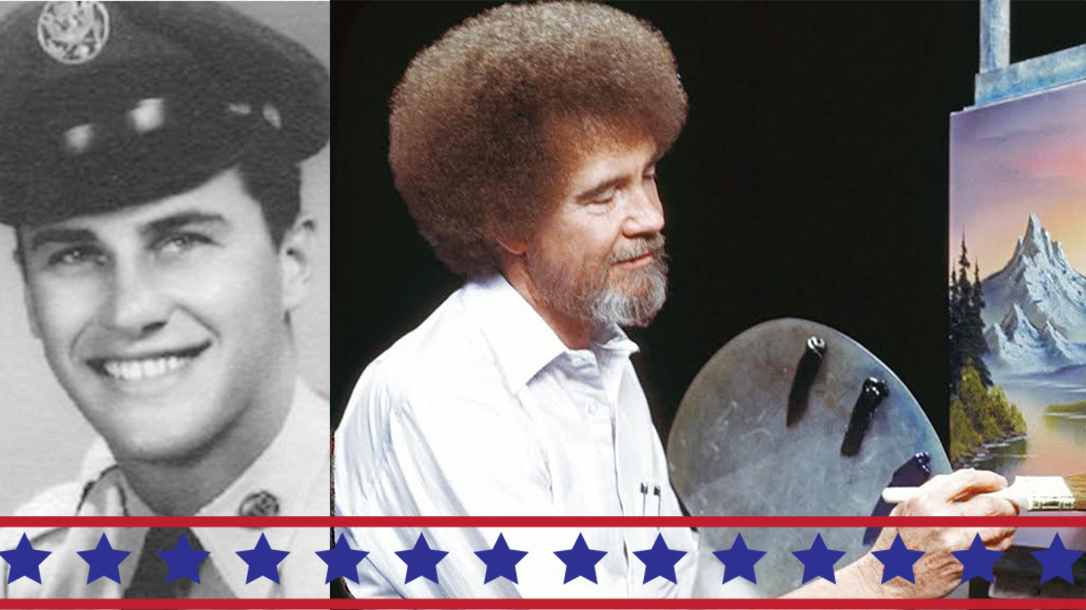 Celebrities Who You Probably Didn’t Know Served In The Military

U.S. service men and women do immeasurable good for this country. They allow us to do things like write magazine articles from our couches in our safe homes or criticize our government with impunity by protecting us from the deadly chaos that constantly lurks outside the city walls. Sometimes those benefits come at grave cost to the soldiers who provided them, but in many ways, the military gives back to the men and women who constitute it.

All branches of our military provide structure, stability, expectations, training, discipline and camaraderie to young people who may otherwise flounder in life. The following celebrities all served for varying lengths of time in the U.S. armed forces and went on to have successful careers in entertainment. While they come from different backgrounds and served in differing capacities, they all credit at least some of their success to the growth they experienced as a result of their military service.

Tracy Marrow was born in Newark, New Jersey. Ice T’s mother died of a heart attack when he was in elementary school, and his father followed when he was only 12 years old. Various extended family did their best to raise him for the remainder of his school years, causing him to fall in with some unsavory characters. After graduating high school, Ice T struggled to find direction and to support his girlfriend and young daughter. Like many young men in the same predicament, he joined the U.S. Army to have a steady income and a respectable career. Stationed in Hawaii during his four-year military tenure and used his paychecks to purchase stereo equipment and eventually to launch his rap career.

Bob Ross (The Joy Of Painting)

Bob Ross, who became famous from his educational TV show on painting, served in the U.S. Air Force for a whopping 20 years. Ross’ videos are known for their peaceful, positive and almost hypnotic essence, but believe it or not, he was a drill sergeant in the USAF. He is quoted as saying, “I was the guy who makes you scrub the latrine, the guy who makes you make your bed, the guy who screams at you for being late to work.” He also said, “The job requires you to be a mean, tough person. And I was fed up with it. I promised myself that if I ever got away from it, it wasn’t going to be that way anymore.”

After enlisting at age 18, Alaska became Ross’s station, where he began to develop his painting skills. He eventually learned techniques that allowed him to paint extremely fast. He claimed he could finish two or three paintings during a lunch break. Eventually he learned that he could make more money selling his paintings than he could in the Air Force, so he moved on. Bob Ross never made a dime from his television series, preferring to do it for free to educate young artists. He died in 1995 of lymphoma. Clearly one of our all-time favorite celebrities.

Steve McQueen was born into a rough childhood. He and his alcoholic mother were abandoned by his father when he was a young boy, and he lived in a series of unstable situations growing up. Physically abused by his stepfather, he lived with his grandparents for a bit, and he even spent time on the streets. Eventually, taken in by the California Junior Boys Republic, an organization that rehabilitated young delinquents without sending them to jail. In the absence of strong parental figures, the organization instilled strong, wholesome values of hard work and respect into McQueen. Later in life, he would go on to make large donations to the group.

McQueen joined the Marine Corps in 1947, looking for structure and purpose in his life. Initially, his rebellious nature caused him trouble, even landing him in the brig for an extended period, but he eventually improved. McQueen never saw combat, but once on a training exercise in the Arctic, the ship he and his unit were on hit a sand bank, sending multiple crews and tanks into the frigid water. Many drowned, but McQueen dived in and swam five men to safety. As a reward for his bravery, McQueen served on President Harry Truman’s honor guard on his yacht. Honorably discharged in 1950, Steve credited the Corps with instilling the discipline he needed to progress through life after.

Rob Riggle served 14 years in the United States Marine Corp Reserves and another 9 years on active duty, making him the longest-serving celebrity veteran on our list. Having received a degree from the University of Kansas, Riggle was a commissioned officer and retired at the rank of lieutenant colonel. He served primarily as a public affairs officer and toured Liberia, Kosovo and Afghanistan across his impressive career. Riggle’s greatest contributions to the armed forces, however, have arguably come since his retirement. He has remained closely tied to the Marine Corps and veteran’s causes since his return to civilian life. Among his greatest contributions is the InVETational Golf Classic, which is a veteran-celebrity golf tournament created by Riggle that raises money for the Semper Fi Fund. To this day, Riggle credits the Marine Corps with instilling in him the mental toughness and resilience he has needed to succeed in life.

Jackie Robinson was drafted into the United States Army in 1942 where he was placed in a segregated cavalry unit in Kansas. Robinson faced harsh racial discrimination in the armed forces of the 1940s. On one occasion, he received a court martial for refusing to give up his seat and move to the back of a city bus. Robinson was exceptionally well educated and intelligent, which allowed him to attend officer candidate school, despite rigid resistance. He never saw combat, but his service and upright conduct in the military laid the foundation for the interpersonal skills and moral fortitude he would need to break the color barrier in Major League Baseball a few years later, becoming one of the top sports celebrities.