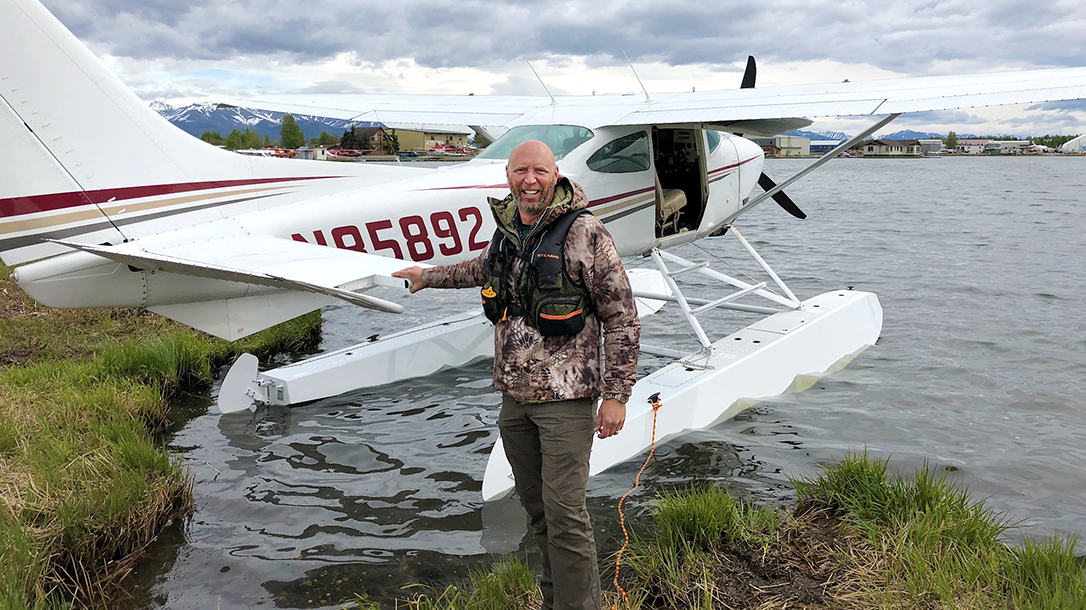 Kick Ass Careers: What It’s Like Being an Alaskan Bush Pilot

So, you have spent your professional life as a bona fide door-kicking adrenaline junkie, chasing criminals of all shapes and sizes in a major U.S. city. You have seen people at their worst for decades, wading through all the muck and the mire that comes with it. Then the time comes when you can retire and do what you want. What do you do? You could move to Florida, join the local Moose Lodge and spend your days playing bridge and eating dinner at 4 p.m. with the nice couple down the cul-de-sac. Many do just that, enjoying a quiet, relaxing set of golden years.

Others choose a different path, a road less traveled.

How Does One Become an Alaskan Bush Pilot?

Some folks tremble in terror at the idea of babysitting the grandkids for the rest of their lives. Instead, they take action. You see them in the news every now and then. From former combat pilots who retire after being president so they can jump out of airplanes on their birthdays, to retired soldiers who go to work for federal intelligence and law enforcement agencies, to handsome, debonair fellows who live large, talk smack and write brilliant articles for Skillset magazine — some do not go gentle into that good night.

Now, I have to admit, when I was looking at what to do with my own life in my well-deserved and long-awaited retirement, I considered a lot of stuff. From a lifetime as a soldier and a fed, I have a very particular set of skills, well-suited for government work. I looked at all the “usual suspect” professional possibilities and made up my mind on one of them. It is fair to say that I stayed comfortably in my box in my post-retirement thinking.

It never occurred to me that I could fly a single-engine plane in Alaska, using large ponds as runways while supporting fishermen zipping around in pursuit of “the big one.” Being an is certainly a different path. Which brings us to the tale of Mark Hanten.

Who Is Mark Hanten?

Mark is a guy with a very interesting life story. Born in 1961, Mark grew up working at Morrison’s Lodge. It’s a fishing and whitewater rafting lodge on the Rogue River in southern Oregon. His parents bought the place in 1964, and Mark worked there as a kid. Cool place to grow up, right? Mark spent his youth learning to row a boat and operate jet boats, reading water from the time he learned to read a book onward.

Then, after college and as an unrepentant “adventurous type,” he went and became a police officer in San Diego, Calif. While there, he worked the streets, joined SWAT, wrote for gun magazines and rose through the ranks. He eventually commanded the SWAT team and an entire police district in San Diego, retiring as a captain in 2018. At that point, Mark and his wife, having raised their two children and having been successful professionals, could have happily meandered off to the quiet life of retirement, doing pretty much whatever they wanted.

Instead, Mark, who had been flying a plane for fun for years and who owns a Cessna 182, went off to Alaska to work for a trout fishing lodge as a floatplane bush pilot. Yet, this was no spur-of-the-moment decision. This is not an occupation or an industry that one joins on a whim — far from it. Mark had made friends with Brian Harry in 2011, when Brian was a fishing guide in Alaska and Mark was there earning his floatplane rating. The two remained in contact over the years while Mark continued his career as a police officer. Meanwhile, Brian worked toward owning his own fishing lodge.

Meanwhile, Mark continued his efforts to prepare himself for his life as an Alaskan floatplane pilot. Besides owning the plane (almost a requirement to break into the industry the way Mark has), Mark dropped more than $35,000 on floats for his plane, as well as pumping money into the aircraft for an engine overhaul and door modifications.

“Don’t get me started on the insurance costs,” Mark comments, “but at this point, the only thing I’d still like to improve on my plane is the same thing virtually every airplane owner would like to improve on their birds: more power.”

He piled up flight hours as best he could and secured additional flight training and certifications, with Alaska never far from his mind. “This has been my plan for the last several years, and I have been working toward it that whole time.”

Brian eventually bought his own lodge and hired Mark when he finally retired from police work.  Intricate Bay Lodge is on the southern shore of Lake Iliamna in Alaska and lays claim to some of the best trout fishing on Earth. Mark’s day job now is one in which he flies “lodge support,” ferrying guides and gear around to support guests when they fly in for a world-class trout-fishing experience. Once guests arrive and get settled into the lodge, Mark moves people and gear around to various fishing locations in the area.

Given his history and experience with the industry from his childhood days on the Rogue River, not to mention the realities of working at such a lodge, Mark has also had occasion to fill in as a boat operator, guide and even as chef de cuisine, on occasion. There is always something to do in an operation such as this, and one is never bored.

Up in the Air

But Mark did not go to Alaska to guide and cook. He went to be a bush pilot.

“The flying is great here. The terrain is gorgeous, and I get to fly a lot now. I have flown more hours in the past two months than I have in the last three years.”

Being able to use water as a runway opens up a huge area for the guests to access. This access is a big draw for guests at Intricate Bay. But what makes flying a floatplane in Alaska challenging? It sounds very cool, but it cannot be all lollipops and unicorns, can it?

“The weather here is insane. It changes, literally, in moments. Storms blow in within minutes and fog can come up before a meal is over,” Mark says.

I’m no pilot, but even I know that can make flying a small plane a bit sticky. Then there are also the crazy wind currents one finds when flying in and around the largest mountains in the United States.

The challenges of landing on water also ensure that no dilettantes need apply. “I had about 800 hours of stick time when I started this gig,” Mark told me. He also has ratings beyond a mere fixed-wing pilot, including his commercial, instrument and seaplane ratings, as well as a tailwheel endorsement — which is handy (and legally required), given the particular challenges of flying a floatplane in Alaska.

While using a large body of water to land allows a pilot the advantage of always being able to land and take off into the wind, it also means that the “runway” is rarely perfectly flat. There is also the danger of suddenly appearing debris and rocks, factors that rarely exist on standard runways.

And when things go wrong for an Alaskan bush pilot? On land it is bad enough, but on water? When I asked him about it, Mark was his usual direct self. “The consequences of fucking up in a water landing are much direr than on land. You get upside down and underwater quick. Then, your day just gets really shitty from there.”

“Communication with home is also a big challenge. We are pretty remote here, so cell coverage is limited at best. Calling home to talk to my wife and kids is spotty. That’s been tough.”

What about emergency gear? Alaska is a remote place. A simple mechanical breakdown that does not result in a catastrophic disaster can still leave you stranded in some of the wildest, most unforgiving terrain on earth. What does one carry to mitigate such an event?

Mark explains, “I have a survival kit that goes in the aircraft whenever I do. It has raingear, a fire-starter kit, a GoreTex bivy sack and sleeping bag, a saw, a flashlight with strobe and extra batteries, a satellite locator and, of course, fishing gear. Oh, and my .44 Magnum rides on my hip everywhere I go.”

The Life of an Alaskan Bush Pilot

At the end of the day, the experience of being a floatplane pilot in the Alaskan bush sounds pretty friggin’ cool. To do it as a retirement gig, after spending a career kicking ass and taking names, seems as natural for someone like Mark Hanten as it would be unusual for most of the rest of us. While it takes years of prep work to be ready to get such a job, if you can do it, it’s pretty damn hardcore. But if you can invest the planning, training and effort to get there, Mark has demonstrated that it is that is well worth the effort.