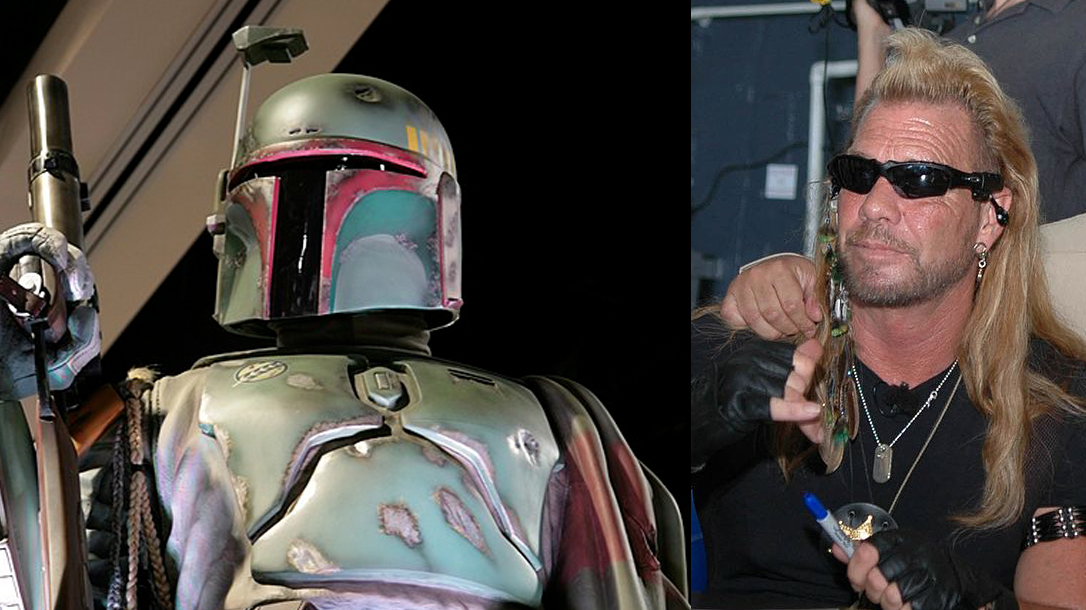 On The Hunt: A Look At Bounty Hunting’s Unique Role In Law Enforcement

Puerto Vallarta sits on Mexico’s west coast with beautiful beaches, colonial Spanish architecture and Sierra Madre mountains that seem to slam right into the Pacific Ocean. In June 2003, fugitive rapist and Max Factor cosmetics heir Andrew Luster was holed up in the tourist village. Rather than face justice in the U.S., Luster soaked up the sun living life as a free man.

Duane “Dog” Chapman changed that. The bounty hunter (and former ex-con and now a born-again Christian) received some information that took him south of the border. That was bad news for Luster. “According to witnesses [the bounty hunters] used a spray with an irritant, maybe teargas, to subdue him,” The Guardian noted at the time. “They handcuffed him and bundled him into a truck.” This event made international news and exposed a little-known side of law enforcement—bounty hunting.

The Chase Is On

Before 2003, many Americans probably thought of Boba Fett from The Empire Strikes Back when it comes to this profession. But bounty hunting, or fugitive recovery, has a long history in the U.S. For well over 150 years, American bounty hunters have collared fugitives and returned them to face justice. Luster was just a bit bigger capture than most.

The profession traces back to the Old West, but there are even records of bounty hunting in ancient Rome. In the 4th century, German headhunter/bounty hunter Charietto captured barbarian invaders for future Roman emperor Julian the Apostate.

In the U.S., bounty hunters generally work for bondsmen to capture those who jump bail. They make sure the suspect is returned to court and are paid a percentage of the fugitive’s bail. The U.S. Supreme Court has even given the practice the go-ahead.

“When the bail is given, the principal is regarded as delivered to the custody of his sureties,” the court ruled in 1873. “Their domain is a continuance of the original imprisonment. Whenever they choose to do so, they may seize him and deliver him up to his discharge; and if it cannot be done at once, they may imprison him until it can be done.” In other words, skipping that court date means these guys are coming to find you. And resisting probably isn’t a good idea.

G.R. Hester, 73, spent much of his life tracking down fugitives in Texas and Oklahoma. He has picked up almost every type of criminal imaginable, including suspects on Texas’ most wanted list. That once included nabbing a meth dealer disguised as a woman.

Ideally, a fugitive acquiesces willingly to an arrest. But a life chasing criminals isn’t easy, and it brought Hester some bumps and bruises along the way. “I’ve got a hole through my left lung that doctors said missed my heart by a quarter of an inch,” he says. “On my whole left side, because of people being right-handed, I’ve got scars and had stitches in my bicep muscle. I’m all scarred up on that side. But I’m pretty sharp; I don’t get in too much trouble.”

Many states require bounty hunters to be licensed in some form. Others grant these law officers a wider latitude, and agents can even carry guns. Only Kentucky, Illinois, Oregon and Washington D.C. ban the profession entirely.

Like Chapman and Hester, bounty hunters tend to be interesting characters. Ralph “Papa” Thorson captured 12,000 fugitives and was portrayed by Steve McQueen in the film The Hunter. John Riley Duncan was a former Texas Ranger who captured outlaw gunslinger and murderer John Wesley Hardin.

Before making his name in professional wrestling as New Jack, Jerome Young tracked fugitives as a bounty hunter. He apparently returned to the job after leaving the ring behind—those body slamming skills may still come in handy.

According to the National Association of Fugitive Recovery Agents, bounty hunters recover more than 30,000 fugitives each year. In general, bounty hunters can enter a bonded person’s home as part of the surety bond criminally charged parties agree to. Recovery agents can also ask law enforcement to aid in recovery efforts if a fugitive’s location is known.

Successful bounty hunters often expand their employment horizons as well. The same skills that come from effectively tracking down people can also extend to other lines of work. These could range from attorneys to private investigators to security firms. For Dog Chapman, that has included reality shows and other ventures. The Luster capture certainly brought plenty of notoriety for the famed bounty hunter.

Speaking of Luster, life is much different now for him, and his days at a tropical Mexican resort town are over. He is currently serving his 50-year sentence in a California state prison. For Chapman, tracking fugitives offered a way to turn his life around.

“Bounty hunting is not a game,” he writes in his autobiography You Can Run But You Can’t Hide. “It’s definitely not for the meek or faint of heart. I don’t do it to prove I’m a tough bastard or smarter than some other guy. I do it because I have been there. I know firsthand how messed up the system can be. Despite it all, I still believe in truth and justice.”