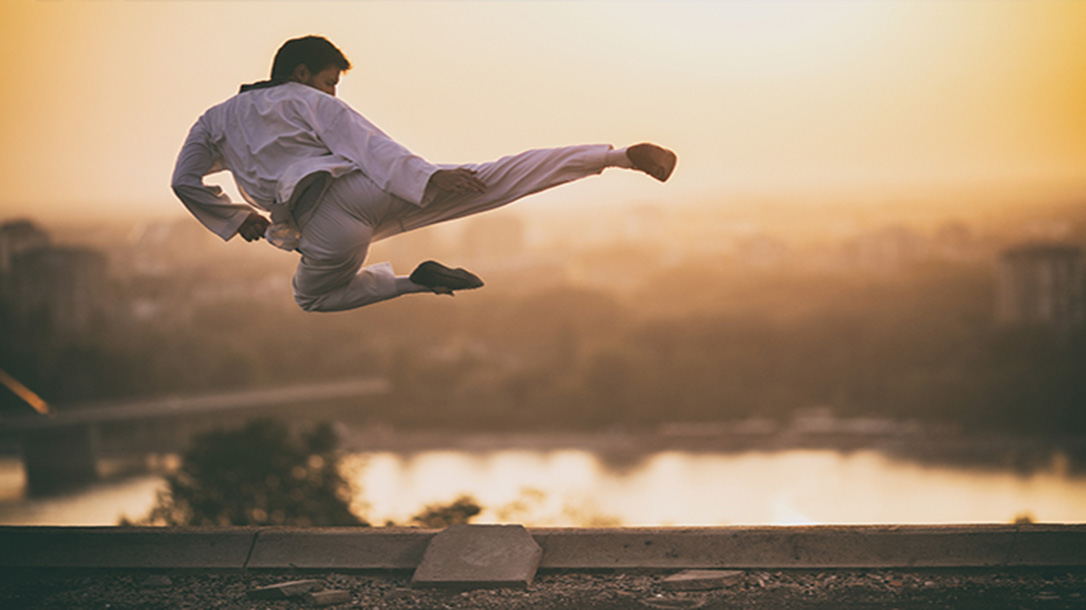 Bloodsport: The Worlds Greatest Kickboxing Movie Is A Lie

It wouldn’t be hard to argue that the 1988 movie “Bloodsport” is one of the best martial arts movies ever made. The movie featured martial arts movie staple Roy Chiao and perennial Kung Fu villain Bolo Yeung. It was also the breakout role for a young kickboxer named Jean-Claude Van Damme.

“Bloodsport” is great, and no one cares what Rotten Tomatoes thinks. The only problem with the “Bloodsport” movie is the story behind it.

The Dark Truth Of Bloodsport

In 1975, a teenage ninjitsu expert entered the Kumite, an ancient, secret martial arts championship held in Nassau, in the Bahamas. It was a 60-match, single-elimination tournament held every five years that usually ended in the death of one of the two contenders from each round. That teen was Frank Dux, who was trained by Senzo “Tiger” Tanaka, a ninjutsu expert in Southern California.

Tanaka, a descendant of 40 generations of warriors, took Dux to Japan when he was just 16 and trained him to be a ninja. Dux was just 19 when he won the Kumite, the first Westerner to do so. He also earned the record for the most consecutive knockouts and the fastest knockout.

Writer John Stewart met Frank Dux in 1980 and wrote about Dux and the tournament for the November 1980 issue of Black Belt Magazine. Dux told him the Kumite permitted him for the first time. It would be the basis for the greatest kickboxing movie of all time.

Except that none of this ever really happened. At best, it’s disappointing for fans of the Kumite, as there’s no actual bloodsport to go and watch. At worst, it’s a total lie that has crushed the dreams of young, wannabe Kumite competitors when they find out “Bloodsport” is a lie.

You must admire the balls it takes to come up with such a grandiose story and then stand behind it. Even after your local newspapers immediately call out all the horse apples in it. Almost as fast as “Bloodsport” arrived in theaters, Stewart claimed he regretted writing the Dux story in the first place. Then, the Los Angeles Times began pointing out inconsistencies in the Dux story.

The newspaper approached the Bahamas government, asking if such a secret event was possible. The answer was “no way.” The Bahamas says it never happened. The Kumite appeared to be a lie. Even worse, the whole foundation of Dux’s martial arts training, Senzu Tanaka, doesn’t exist.

Dux claimed Tanaka died in 1975 and was the reason he went to fight in the Kumite. Except there was no one in California named Tanaka, and no death certificate of anyone who died. Japanese officials also said there was no Tanaka family in the history of ninjutsu families. But there is a Tiger Tanaka in Ian Fleming’s old James Bond novels. Dux appears to have borrowed his shidoshi from pop culture.

Even the filmmakers knew the Kumite wasn’t real and suspected that Frank Dux had made the whole thing up. Dux met screenwriter Sheldon Lettich in Hollywood in the late 1980s and told the screenwriter a few stories about his life. Lettich wasn’t buying it, as he would later tell reporters.

“I had known Frank Dux for several months before I came up with the idea for ‘Bloodsport,'” Lettich said. “Frank told me many tall tales, most of which turned out to be bullshit. But his stories about participating in this so-called ‘Kumite’ event sounded like a great idea for a movie.”

The “tall tales” Lettich alluded to in the interview are many – so many. Dux has also claimed that he was a Marine sent on top-secret combat missions to Southeast Asia.

In real life, Dux was a Marine but enlisted in the Marine Corps Reserve in 1975, the same year he claimed to have fought the Kumite and two years after the end of the Vietnam War.

Dux also claimed to have received the Medal of Honor in a secret ceremony for his work in Southeast Asia. The Los Angeles Times received his military records through the Freedom of Information Act and discovered he’d never been sent outside of San Diego. His toughest time in the Corps was falling off a truck while painting it in the motor pool.

The Corps sent him for a psychiatric evaluation after he expressed “flighty and disconnected ideas” in 1978 when he claimed to be working for an intelligence agency. Dux was finally discharged in 1981 when Dux says the Director of the CIA recruited him (from a bathroom, no less) to work black ops for the Agency.

Other tales include fighting Filipino pirates to free slaves, destroying fuel depots in Nicaragua, and blowing up a chemical weapons plant in Iraq. You know, regular stuff for a guy who owns a couple of dojos in California and won an international fight to the death at age 19.

While it might be crushing to first find out the hero of “Bloodsport” is real, only to discover the Kumite bloodsport is not real, none of this should take away from the enjoyment we get from watching the movie. “Bloodsport” is still one of the coolest kickboxing movies ever made.

As the old saying goes, don’t let the facts get in the way of a good story.