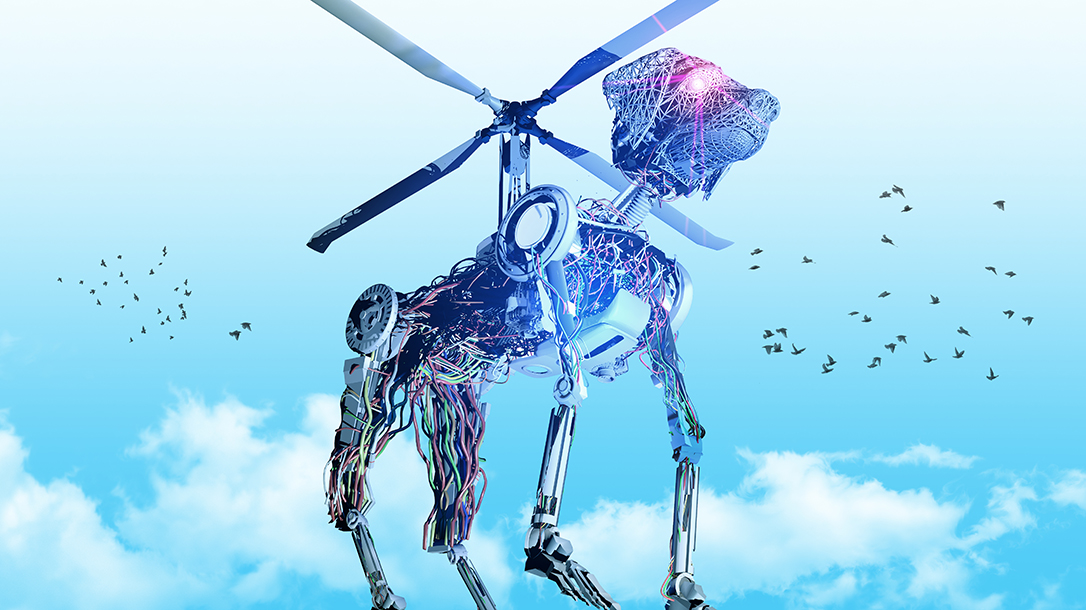 Stealth in the Sky: The Bird Drone, Insect Drone, & Other Stealthy Options

Do you ever feel like you are being watched? Well, you are, and we are not talking about through your computer and cellphone cameras, either. We are talking about spy drones. No, not the kind that you can buy off the shelf at Target; well, maybe those are watching us too. I am talking about a tiny bird drone – and insect-sized drones that may just be buzzing through your front yard as you read this.

Like most, when I think of drones, I think of the ones used by the agents of S.H.I.E.L.D. All kinds of things are spying on us, however. One day I spotted my computer’s video camera turned on even though I have never used it. I started thinking about who or what other devices could be watching me in my birthday suit. So, I did a Google search. It turns out that there are all types of tiny robotic spies watching us and listening to every single word that we say, and they have been doing it for a very long time.

Spy drones can be found in the form of an innocent flock of doves in China. Yes, the bird drone is a real thing. I’m not saying that the Chinese government would spy on their people, but they are spying on their people. Then, there are companies that claim that their hummingbird drones are used for “aerial intelligence.” Read that again: aerial intelligence. I also found that the military uses the Black Hornet Nano, a military micro-unmanned aerial vehicle developed by Prox Dynamics AS of Norway. The Black Hornet Nano is in use by the armed forces of the United States, France, the United Kingdom, Germany, Australia, Turkey, Norway, the Netherlands and India. As if regular hornets weren’t complete assholes all on their own, we had to go and make little robot ones with cameras.

These Little Spies In The Sky Are Nothing New

Being a bit of a snoopervisor myself, I was easily able to Google more intel on this subject. With a few short keystrokes, I found that the CIA created a spy drone the size of a dragonfly called the “Insectothopter” in the 1970s. Even though the Insectothopter had quite possibly the world’s coolest name, it sucked. It had a battery life of about 60 seconds and could get knocked out of the air by winds as strong as a White Castle fart. Even though the CIA dumped the Insectothopter, they continued on with their mission to create battery-operated creature spies in the 1990s, such as Charlie the robotic catfish.

Even creepier, a company called Draper Labs has genetically modified living dragonflies into controllable spy drones. Fitted with a solar-panel backpack, they are modified to respond to light. Remote-controlled dragonfly spies—say that ten times fast.

Dr. Hirotaka Sato, a mad scientist/aerospace engineer, has created cyborg beetles. He claims that they were designed to save human lives, but we know better. He says that the purpose of his work is to control the flight of beetles to send them into places where humans can’t go. The process includes stimulating the leg muscles of the beetle and taking control of its body, turning it into a living robot controlled by a frikin’ Wii game system remote. Nice …

Researchers are also looking at turning bugs into DHL. Connecting little sensors to the backs of insects, researchers use these creatures to airdrop sensors onto their destinations. I am not sure what these sensors do; They claim that they can help with monitoring disaster areas. Scientists are also working hard to make tiny robotic bees, like the RoboBee X-Wing project, come to life.

How Do We Protect Ourselves From A Robotic Insect Uprising?

Since I do not want to be taken out by a terminator bird drone or ladybug, I say use a fly swatter. Keep one in your go-bag and slap the shit out of everything that comes buzzing your way. We have all seen movies where robot servants turn on their human masters and kill everyone in the room. Imagine getting your ass handed to you by a swarm of robot butterfly spy drones and then having them upload the video of it to WorldStar. Sounds like a good time …