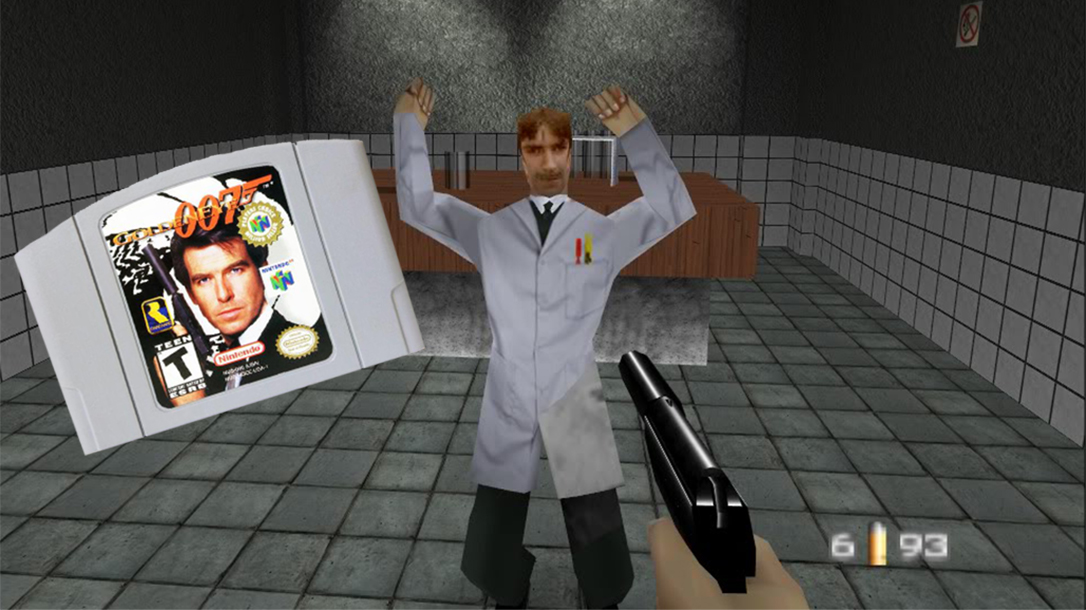 Some people would have you believe that today’s video games aren’t as good as the retro video games of yesteryear. But honestly, they’ve been saying that about video games since we gave up actual ping pong for a digital version that was significantly less fun to play. Those people are fooling themselves because progress is good.

Today’s video games are cinematic works of art with a team of writers and designers who pump as much fun as they can into every moment of play. Meanwhile, you’re blowing into a Nintendo cartridge, hoping Fester’s Quest works for you one more time.

But there were a handful of retro video games that are always going to be fun, that are always worth the time, and that were made in an age when people used to publish their phone numbers and addresses in a book distributed to the entire city. Here’s a look at that list of games.

There’s a reason why the closest Mario ever got to a gritty reboot is Wario. Mario is a winner whether he’s on mushrooms, shooting fire or wearing a Tanooki suit. I know it, you know it, and the American people know it. Apparently, the only way Mario could be any more fun is to put him behind the wheel of a go-kart to race his friends.

The best part about the original Super Mario Kart is everything. The second best part is that it spawned a host of sequels that are each more fun than the last. To this day, Super Mario Kart is the best reason to keep your Super Nintendo. Very few retro video games have this kind of replay value.

This James Bond classic is the reason everyone should own a Nintendo 64. It’s not just a great example of video games promoting a movie, it’s also a template of what every first-person shooter should be. Its single-player story is more than just going around shooting bad guys; you had to actually act as James Bond—and then there was the multiplayer mode.

Progressing in the single-player game only gave the multiplayer mode more options: More weapons, more levels, more characters. It’s also the reason playing as Oddjob is a heinous crime. Still the guns — similar to those in the movies — were fantastic. Now, more than 20 years after its release, this pre-Daniel Craig game is more popular than the movie and even most of the movies in the James Bond franchise.

In fact, Tetris is so engrossing, it actually improves people’s lives. People tend to forget to eat while playing, leading to better diet outcomes. It also cures lazy eye, improves cognitive function and lessens the short-term symptoms of post-traumatic stress disorder. (We shit you not.)

It was close between this and Mortal Kombat. Every other fighting game today is just an imitation or a clone, no matter how dressed up or bloody it might be. There’s a reason Street Fighter II appeared on every video game platform available in 1991: It was really, really fun. Also, for the first time, players could make multi-button super moves.

Classic characters, unique combo moves and detailed graphics make Street Fighter II one of the most fun retro video games ever. You could finally win by beating down your best friends with a well-placed Hadouken instead of just beating their high score. Nothing ruins friendships like the E. Honda’s Hundred-Hand Slap.

Remember when we talked about how popular Mario is? He doesn’t have to be driving a go-kart or wearing a lab coat to be a legend. Sidescrollers came and went, and even Mario’s previous work pales in comparison to this work of art. The world hadn’t changed so much in a single release since Dylan went electric.

While each level is classic Mario sidescrolling, no matter how many secrets were in it, Super Mario World is one of the best retro video games because it also added a complex world for players to explore, complete with secrets of their own. This was also the first appearance of Yoshi, who is arguably the best Mario Kart character (don’t “@” me).

This first-person shooter was so addictive and fun it made teens and pre-teens all over America willing to lug their 1993-era computers over to a friend’s house to learn IT networking just to compete in multiplayer mode.

Those who weren’t fighting their friends in Doom were fighting demonic creatures bent on their destruction. Everything in Doom set a terrifying mood, from the music to the scenes. Players were hooked as soon as they got their digital hands on the BFG9000.

This game helped the Konami Code enter our collective cultural lexicon. To this day, I know at least three people who use “UUDDLRLRABS” as their Gmail password. You probably do too. Contra wasn’t just fun because you could blast your way through level after level of space invaders in a personal way, it’s also fun because it’s the only game on this list where Player 2 has your back and isn’t actively trying to kill you.

The cooperative mode in Contra was a game changer because if Player 2 couldn’t keep up in some areas, the game killed them off. Gaming is survival of the fittest, and Contra had the balls to rub your face in it.

If marijuana is a gateway drug, then so was Duck Hunt. This game was what might be the video game world’s first first-person shooter that was worth a damn. It also featured the first Nintendo Entertainment System accessory that worked like it was supposed to. Sorry, Speedboard.

Even today, you can put a young child in front of an old Nintendo with the light gun and with no explanation necessary, the kid will immediately unload a barrage of light bullets at the TV like a toddler version of Elvis. They will still likely hit at least one of the ducks and be ready to hunt for the rest of the night.