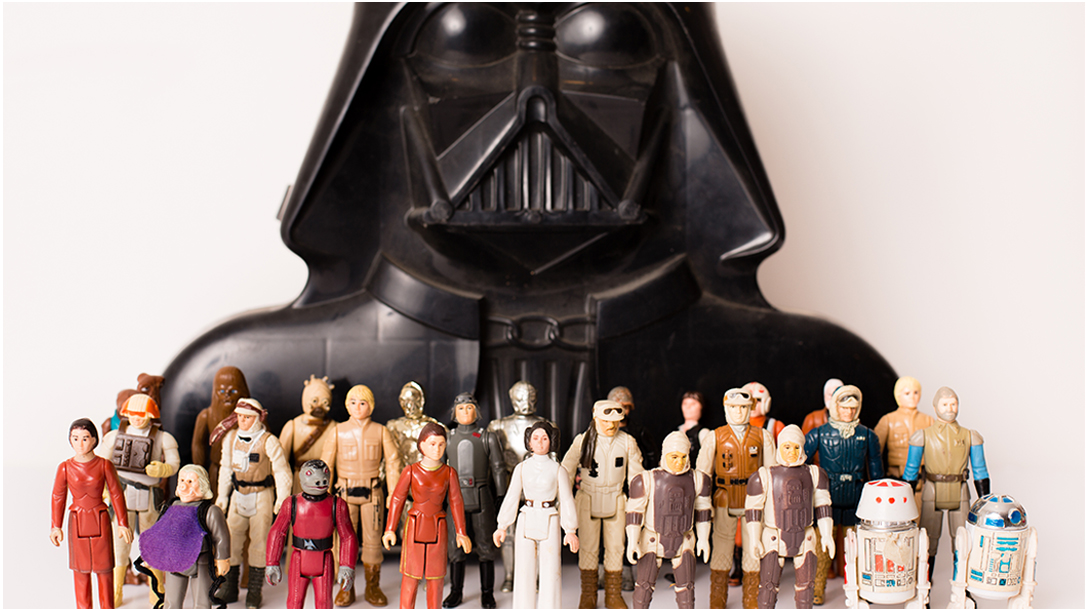 A fun bit of trivia that most readers don’t know about me is that I have been an avid toy collector for over thirty years. Like many collectors, I have far surpassed the level of hoarder and have graduated to a storage unit filled with collectible toys. At one point, it would be easy to say that I had well over a $100,000 worth of toys filling up my home, garage, attic and basement.The fact is, I have always been a collector. I used to drive my mom nuts because the toy packages said, “collect ’em all,” and that’s exactly what I did.

Where to Find Collectible Toys

Like many collections, mine had overtaken my life as I hunted through retail stores, conventions, collectible shops and thrift stores on a daily basis. Being a ’70s kid, my favorite playthings tended to come from the 1970-1985 time period. After 1985, I collected phone numbers and panties. It wasn’t until about 1988 that I stumbled onto the first series of Teenage Mutant Ninja Turtles action figures. My first figure was Michelangelo, and then came the other three. By 1990, I was hooked and a full-blown collector. To this day, I have a home full of collectibles.

I may not toy hunt as often as I used to, but if I did, I would be lucky. Vintage toy collecting is a huge hobby. There are millions of grown geeks like me ready to blow a month’s salary on a grail piece, whether it be a 12 Back Luke Skywalker or a mint-on-card straight-arm GI Joe from 1982. So, let’s dive into my list of the top-eight collectible toy lines that have withstood the test of time.

Counting Down The Best Toy Lines That Refuse To Die

7. MEGO: Founded in 1954 and widely credited as the original action figure line, MEGO Toys thrived in the ’70s until it died in 1981. With a cult following, MEGO relaunched the brand in 2018, with Marty Abrams back at the helm. They currently release everything from classic superheroes to horror figures. The relaunch of MEGO collectible toys made a lot of grown men shed tears of happiness.

6. Masters of the Universe: What knuckleheaded little kid didn’t run around yelling, “I HAVE THE POWER!”? Launched in 1982, Masters of the Universe was an immediate hit for Mattel Toys, who sold millions of figures. Once again, He-Man and his sexy little buddy Orko can be found on shelves with the “Origins” line.

5. GI Joe: We’ve already spoken about GI Joe on this website before. Launched in 1964 and still on shelves, GI Joe and He-Man are probably tied in ratings as toy lines that will disappear and reappear every few years. With a couple of movies under its belt and a Snake Eyes movie in the works, GI Joe is here to stay.

4. Teenage Mutant Ninja Turtles: I wish I had kept my original black-and-white TMNT comic books. Playmates, NECA Entertainment and Super 7 currently share the license and put out some incredible figures.

3. Transformers: I honestly can’t think of a year when Transformers hasn’t been on toy shelves. Founded at the International Tokyo Toy show in 1983 by Hasbro, Transformers were launched in America in 1984, with toys and an animated series, and have been around ever since.

2. Barbie: This plastic b@tch won’t die. Born March 9, 1959, Barbie dominates the holidays. You can still buy her dollhouse and vehicles too. Barbie is the direct reason Mattel’s rival Hasbro launched GI Joe. Barbie has sold more than a billion dolls since 1959.

1. Star Wars: You don’t have to be a nerd doing Wookie calls to know this. There were a couple of years where toy shelves were barren of Star Wars toys, but those days are long past. Now owned by Disney, Star Wars is one of the highest-grossing licenses of all time. Incorporated into everything from Play-Doh to Mr. Potato Head, Darth and Luke are everywhere. The new Mandalorian series not only kicks ass, but is more Star Wars than the past six movies combined. Baby Yoda has overloaded us with toys everywhere we look. I met George Lucas once and thanked him for giving us Star Wars in 1977.

The Star Wars Black Series kicks serious ass, and I highly recommend them. Likewise, Star Wars Celebration and the theme park Galaxy’s Edge should be on every fan’s bucket list of things to do before they die.

Get in on the conversation on our social media pages or pick up a back issue at OutdoorGroupStore.com!