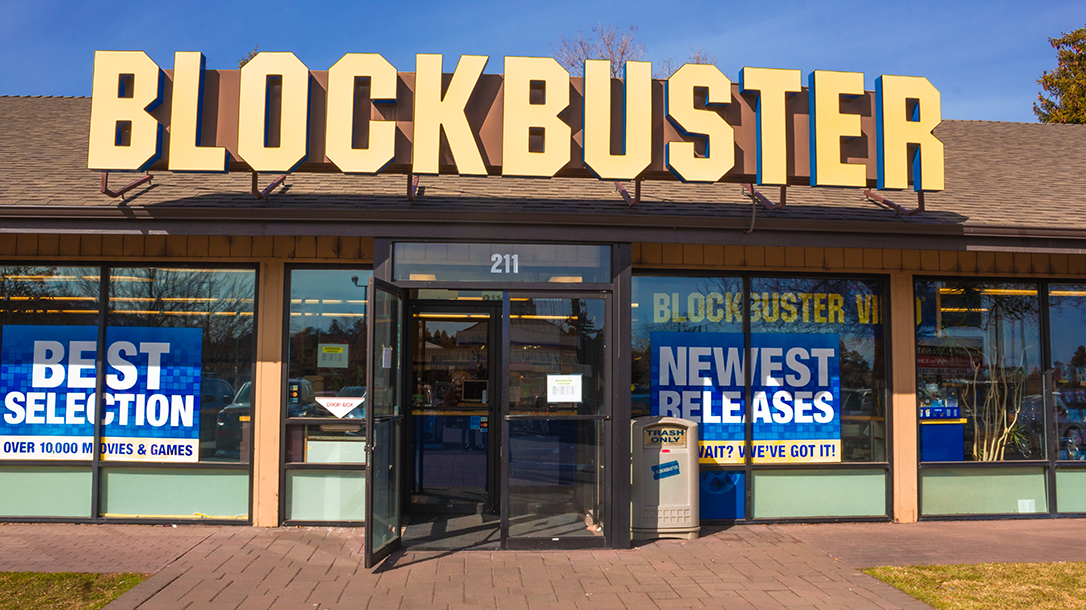 Be Kind, Rewind: 10 Things That Were Sadly Killed By The Internet

The modern internet is what, about 25 or 30 years old, give or take a few years? Certainly, it is amazing how much our lives have changed in that span of time. To be brutally honest, the wide-ranging effects of the internet are really only fully felt and appreciated by those of us born BEFORE the World Wide Web. That is because we can remember a time before our algorithmic overlords didn’t tell us what to think, buy or play on Hulu. Today’s generation will never feel the pain of having to drive to a library, use a card catalog arranged by the Dewey Decimal System, find a book, and then painstakingly semi-plagiarize obscure paragraphs for a term paper due in the morning. Kids these days!

Killed By The Internet

On that note, here is a short list of some of the other things the internet has sent the way of the dodo for us. And while you read, we are going to go into the kitchen to unplug our coffee maker, which we know is listening to us.

Once the vehicle for telling that girl in algebra class how you felt (“Just listen to the lyrics, OK!”), the mixtape was both a reflection of your musical taste and a labor of love. Rarely, if ever, did it get you the end result you were hoping for, but at least you put yourself out there. Nowadays, sharing a Spotify playlist called “WAP Beats” just doesn’t carry the same level of lovesick gravitas.

A gentleman always wears a watch. Metal, glass, gears, precision—always right twice a day—a proper watch. Not only is it a practical way never to be late, but there’s something ruggedly masculine about it. Today, most people depend on their phones to tell the time. And what happens when you forget your charger? Guess you’ll die since you are cut off from the rest of humanity. Wear a watch. Be a man. Stay alive.

In the ’70s, there were gas station maps. In the ’80s, there were road atlases. The late ’90s and early 2000s, brought us MapQuest, so we could read a stack of printer paper while driving. Now we have Apple Maps and Google Maps on our phones guiding us to the most Yelp-reviewed taco joint in the state. It doesn’t matter, though, since we still will miss the turn. The internet just isn’t capable of reversing thousands of years of guys thinking they know better.

Once the cornerstone of the American home and the local library (remember those places with all the books?), a good set of encyclopedias was Dad’s way of saying, “I have no idea what the deadliest frog in the Amazon is; go look it up.” Now, all the world’s information is at our fingertips, and even then, we still had the Tide Pod challenge. You can’t make this stuff up.

Hell, the internet and texting killed just about everything related to telephones and leaving messages. Remember spending hours picking out the right background music and rerecording over and over until your prompt message on the answering machine was right? Or how about buying a celebrity’s prerecorded message so you were super cool? Now, it’s text or die.

If you remember Blockbuster Video, then you’re our type of person. But now that everyone is Netflix and chillin’ (and not wearing a watch), you don’t have to worry about getting to the store before it closes and being charged another $3 for an extra day’s rental (although this did give you one more chance to watch “that scene” in Wild Things).

Ordering a new set of checks with a custom design was always a sign that you were an adult. Today, every utility bill, every mortgage payment and every purchase can be made online, and writing a check seems archaic and perhaps even a little primitive. When was the last time you saw someone who wasn’t like 93 years old pay for groceries with a check? Yeah, us neither.

Waldenbooks, RadioShack, Spencer’s, Sears and Petland. It was the Saturday-afternoon hangout for kids and the essential one-stop-and-shop place for every mom. Sadly, Amazon made short work of so many of the brick-and-mortar shops that once populated the American mall. Now, these sprawling monoliths of American consumerism are just places for old people to exercise and for disinterested teenagers to have their first jobs at kiosks selling cheap sunglasses and mugs with your picture on it.

The Notion Of Objective Truth

If it’s on the internet, it has to be true, right? “Fact-checking” by biased “journalists” has replaced proper research, and the major media doesn’t care in the slightest. You can either be first or you can be right. Mulder and Scully never found the truth—what makes you think you will?

Consequences For Your Actions

Let’s face it, the internet gave everyone a voice and the ability to troll others safely from thousands of miles away. You can be a keyboard warrior all day long without ever having to fear someone kicking the ever-living shit out of you. We think that not enough people were punched in the mouth during their formative years, and it definitely shows. The good news is that we are happy to help with that—no internet required.