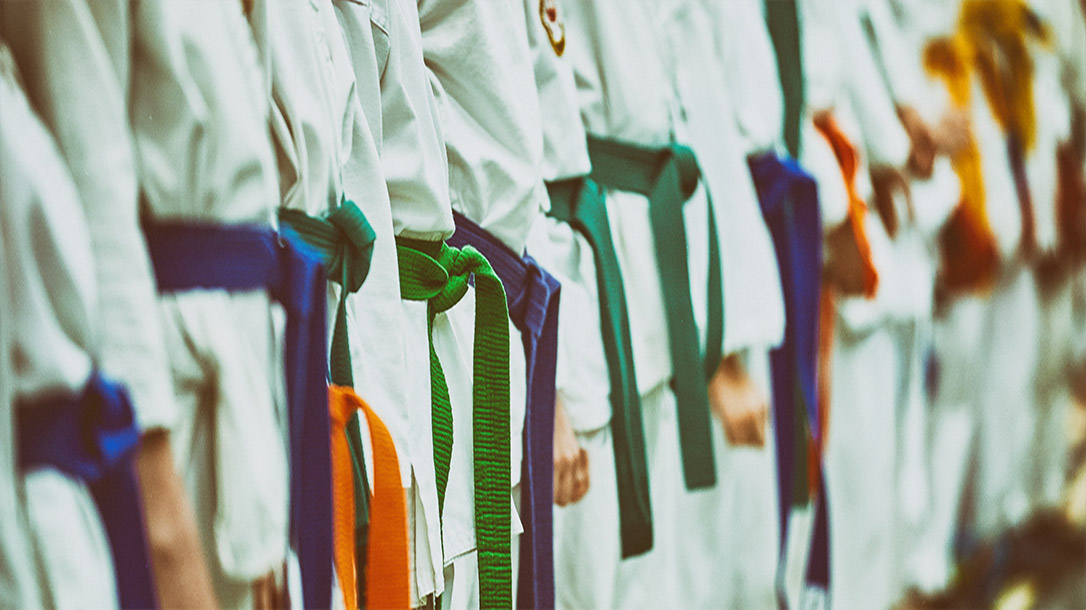 No doubt learning a martial art offers a plethora of benefits. From getting a killer workout to learning self-discipline to being able to defend yourself if the bully on the block comes lumbering your way, joining a dojo (martial arts school) is a very sound idea. However, not all schools are created equal. They run the gamut from small, personalized classes in a single bin at a strip mall to a mega, gym-style dojo with their name-brand merchandise, lockers, showers, and students of all ages taking one of many classes offered under one roof.

But no matter the dojo, the newbie to the martial arts world should beware of the scams by shady martial arts “experts” who prey on the uninformed, the gullible, or the people blinded by visions of themselves kicking bad guys’ butts. Here, we’ll give tips on some of the most common scams and money-draining enticements you may encounter while searching for martial arts excellence.

How To Not Get Scammed By Martial Arts Schools

Martial arts styles are varied and, at times, a bit confusing. Karate, Tae Kwon Do, Judo, and Ju-jitsu are some of the more commonly known styles, while Aikido, Hapkido, and Escrima are a bit more obscure for the layman. However, some instructors create their own system and claim that they have lineage dating back generations. They may push their style as the ultimate martial art that covers all aspects of self-defense, kata, philosophy, competition, weapons, and more.

Well, few genuine martial arts can be the Jack-of-all-trades. They may excel in one or two areas, but emphasizing near-conflicting ideas under one roof seldom happens. So, if you find a school that promises you everything, skip it. I’m sure they won’t be able to deliver even one aspect of their “art” with high enough quality to instill confidence in you.

Suppose you find a prospective school and stop in to speak with their staff. Ask if you can watch a class or two before committing to join. Additionally, also ask to try a free class, too. You’ll never know if the school “feels” right to you unless you experience it by sight and touch. You’ll get a notion of how their instructors teach, the atmosphere and tone of the classes, and how they treat lower belt ranks (which you would be, too.)

Obviously enough, if they refuse to let you watch or participate before joining, this is a big red flag for you to leave quickly and find another choice. What did they not want you to see? What were they hiding? Usually, a lower-ranking student may be teaching, not the head instructor as they advertise, or classes are not as organized as they represent in their flyers or through the robotic advertising jargon of the person signing up new students.

Beware The Flavor Of The Month

Fads can be part of the martial arts world, just like throughout your daily life. Whether it’s a particular style that a world-famous person is taking or a specific martial art that is prominent in a blockbuster movie, you may find these “flavor of the month” dojos opening fast just about everywhere. They will lure you in with the popularity of their style, persuade you to join, and unfortunately for you, they will go belly up or lock their doors one day without warning and leave you high and dry.

It may not seem all that bad at first, but remember you may have dropped money for classes, uniforms, training gear, and, most valuable, wasted your time with little to show for it. Skip the fads that most genuinely don’t last and focus on martial arts that have been around for decades or centuries.

Usually, when you sign up for a martial arts school, you’ll need to sign a contract. This isn’t dissimilar to joining a gym, but for one reason or another, many people don’t take a martial arts contract as seriously as a gym’s contract, and this could have serious long-term consequences for you. Contracts are legally binding; as such, they must be read and understood prior to your signing. If you don’t read everything, you may miss that you must buy their uniforms, pay for every test you take (which could be dozens until black belt), purchase only their sparring equipment or gear, and must participate in at least two seminars a year (for an extra expense.)

Additionally, you’ll still be liable to pay your monthly fee if you quit, get injured, move, or just lose interest and don’t show up. Believe me, if you don’t pay, no matter the circumstances, you’ll be sued and taken to court for breaking your contract. That headache you just don’t need. As weird as it seems, if you don’t understand what you’re signing, find someone to help you, even if it’s a lawyer.

Do Your Homework And You’ll Be Fine

The key to not being scammed by unscrupulous martial art “experts” is to arm yourself with knowledge. This can be obtained by doing an online search about various martial arts, learn about them, and find the ones that interest you. Additionally, don’t make rash decisions. If you feel pressure to sign up and join, stop, take a breath, and tell them you’ll think about it. Sleep on it and decide if it’s truly right for you. Remember, being showered with useless junky gifts like a towel, plastic water bottle, or even a free uniform (they’ll give you the thinnest, cheapest one, by the way) shouldn’t influence your decision if the school is not all it seems. Be patient; before you know it, a black belt will prominently wrap around your waist.