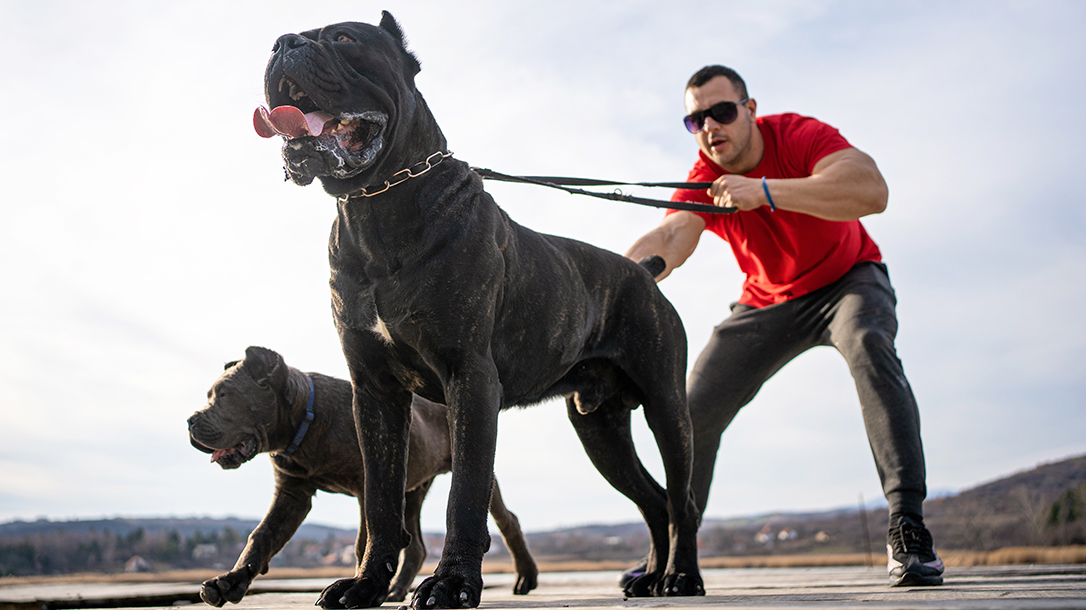 Attack Dogs 101: Leave It To The Real Professionals

Man’s best friend has earned that title in many arenas. Dogs are second to none as pets and emotional support animals, but they are also invaluable for many working purposes. Humans and dogs working together have opposite and complementary strengths and weaknesses, making us a powerful team. Dogs make incredible hunting partners for all kinds of game, big and small. They are also phenomenal drug, cadaver, explosives and disease detectors, and they have a strong protective instinct. If nurtured correctly, can make them a bad guy’s worst nightmare. Likewise, armies and police forces around the world use attack dogs to neutralize people by training them. Their speed, ferocity and the sound of their bark make them not just effective weapons, but also extremelyintimidating ones.

Attack Dogs On The Job

While all dogs have at least some protective instinct, getting a dog to be confident and aggressive enough to bite on command while ensuring that the canine is well trained and controlled enough to onlybite when commanded is a difficult process best conducted by professionals. So, before we take a look at the methods used to turn man’s best friend into literal weapons, we here at Skillset strongly recommend that you do not try to train your dog to bite people. There are a thousand things that could go wrong, not the least of which includes you, a family member or the mailman losing a chunk of facial flesh.

Any dog breed can be trained to bite, but some breeds are preferable in terms of trainability, physical power and temperament. Some of the most common breeds used around the world for attack purposes are the Belgian Malinois, German shepherd, Doberman pinscher, boxer, Akita, bullmastiff and cane corso. Most often, attack dogs can be purchased from breeders in Europe where bloodlines are carefully selected. Puppies are sorted based on temperament, and the most aggressive, confident and intelligent dogs are selected for protection training. Untrained dogs with the proper bloodlines and temperament for this kind of work generally go for around $10,000.

Once the proper dog is selected, training begins with socializing the dog with other animals and with people to ensure that the animal isn’t overly skittish or fearful. While protection dogs should be wary of strangers, they shouldn’t be aggressive toward every stranger they see, so socialization is important. It is also important to lay the foundation for the dog’s training early on. The first step is finding out what motivates the dog, so you can use it in training. Some dogs will be highly motivated by treats, some will love a particular toy, and some will just require praise.

When you have figured out what optimally motivates your dog, you can begin training. Similar to weight loss, the formula for training a dog to do anything is quite simple, but not necessarily easy. The formula is stimulus, response and reward. That is, the dog is given some kind of stimulus—for instance, a command from its handler—and the dog responds. If the response is in the direction the handler wants, the dog is then rewarded with whatever its preferred “treat” is. Through much patience and a large number of repetitions, you can train a dog to do almost anything. Whether you are training your shih tzu to sit or a police dog to bite, the formula is the same.

Each trainer has her or his own preferred methods for training a dog to attack. The following is one trainer’s broad and somewhat simplified outline of the process. Once the dog has been socialized and the trainer has figured out what optimally motivates the dog, the groundwork for training has been established. At this stage of training, it is time to start working on the attack command. Using a full-length protective sleeve, the trainer will figure out how to get the dog to bite on it. One way to do this is to tap the dog on the snout with the sleeve repeatedly to irritate it. If the dog has the right temperament, eventually it will bite the sleeve out of anger.

When it does, the trainer will yell, “Attack!” (or whatever the attack command is) to imprint the meaning of the word into the dog’s brain. When the dog lets go, the trainer will shout, “Leave it!” (or, again, something similar) to ensure that the dog will also release on command. The dog is then rewarded with its preferred treat. These steps are repeated until the dog has masteredthis process completely.

Next, trainers test the attack command by increasing the distance between themselves and the dog when the command is issued. They will continue gradually increasing the distance until the dog will run over, bite the sleeve and release on command every time while rewarding the dog for each successful completion. At this stage, the dog has been trained to reliably attack the sleeve on command; however, if the trainer tried to command the dog to attack another person, the canine would likely just turn and latch onto its trainer’s arm.

Obviously, such a response would be counterproductive in a situation that requires a canine to attack and subdue someone else. To ensure that this doesn’t happen, handlers will put either a dummy or a person the dog hasn’t met in a bite suit, point at the dummy or person and then issue the attack command. This step is repeated until the dog has understood that “Attack!” means to go get the person its handler is pointing toward. Once the dog has mastered this step, it has officially been trained to attack.

Again, for the love of God, although the system for training a dog to bite might seem simple, there are many things that can and often do go wrong. Professional trainers with carefully selected dogs have had harrowing incidents in the past, so trying to train your rescue dog to bite could easily result in disaster. We repeat: Do not do it!

Although most working dogs are not treated as pets, some do live with their handlers, especially after retirement. Some “family-friendly” protection dogs are sold at top dollar (up to $100,000). In addition, there is a misconception that attack-trained dogs invariably have only one handler. In fact, dogs are commonly raised and trained by trainers and then sold to police forces or private parties. Dogs within police forces may work with several different handlers as well, and police may have dogs trained to do multiple jobs. These include sniffing for drugs or bombs and biting and holding suspects. These specialized canines are extremely capable and eminently trainable, which is all the more reason the training of such animals should be left to professionals who are themselves highly experienced and well trained.