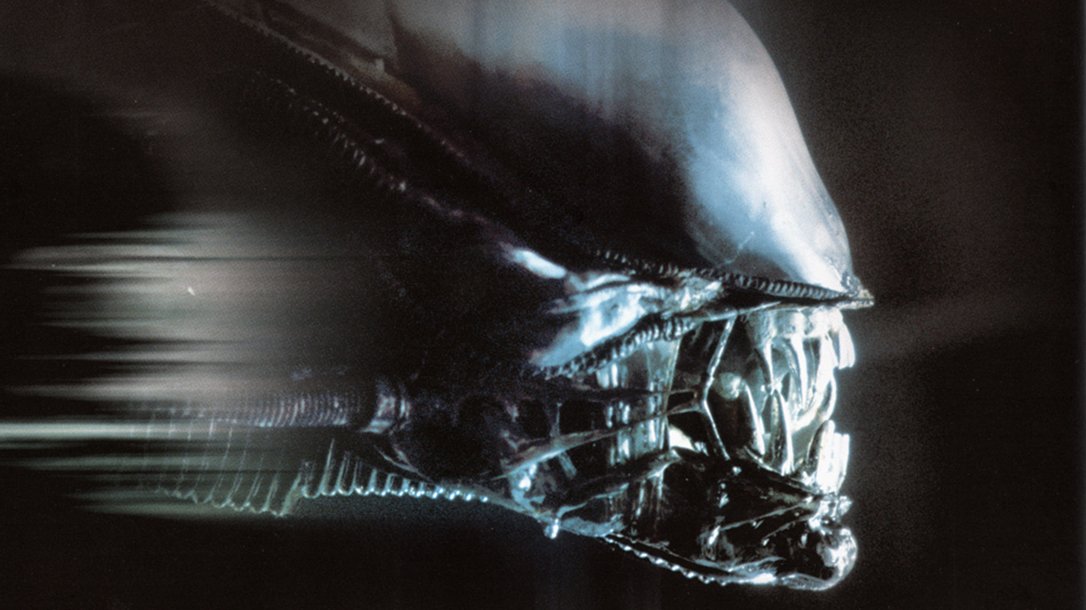 Younger generations of moviegoers are familiar with the Alien franchise, but watching Predators fight Xenomorph aliens with lasers, knives and explosives is a far cry from the original creeping horror film that spawned another 30 years of movies.

How ‘Alien’ Became An Instant Classic

Ridley Scott’s 1979 sci-fi classic was so well done that even the spaceship’s housecat made viewers jump. Granted, the rules for getting a movie produced in the 1970s and 1980s were slightly different than they are today, but the rules of filmmaking are not. And that is where Alien truly shines.

Alien is not only one of the best sci-fi horror movies ever made, it may well be one of the best movies of all time—at least according James Biddle, senior lecturer at the University of Georgia’s Grady College of Journalism & Mass Communication. “Everything about it is just so relatable,” Biddle says. “There’s a human aspect to it that makes it so terrifying and so believable in many ways.” The following eight reasons lend credence to this assertion.

The original 1979 film is like so many other horror movies in that it is essentially a “man-in-a-monster-suit” type of production, like Halloween or The Creature from the Black Lagoon. What sets Alien apart is that the monster, like everything else in the film, isn’t a cheap suit. In fact, director Ridley Scott went to great lengths to avoid the perception that the alien actually was a man in a “rubber suit.”

The face-hugger alien autopsied by the character “Ash” consists of shellfish and sheep organs. In other scenes, Scott used real blood and animal organs to provoke actual disgust from the actors. (More on that later.)

Originally described to producers as “Jaws in Space,” the alien remains a mystery until an hour into the movie, and when the audience finally gets a good look at the monster, the result is shocking. The Xenomorph itself came to life based on horror drawings from artist H.R. Giger, and it is a cold, emotionless hunter with no eyes or even anything remotely human about it. “It’s literally a nightmare come to life,” says Biddle.

2. There Are Many Monsters

Like every great film, there’s more to Alien than just the main plotline. On the surface, the movie is about a space monster slowly picking off the ship’s crew members, but the real monster becomes apparent when the crew learns that their corporate masters intentionally sent them to the moon where they picked up the alien so that they could get a living Xenomorph.

The true horror is in knowing that the company is willing to sacrifice the entire crew just to get a live sample, and that somewhere there is a scientist who wants to reproduce such a hideous creature.

“That’s sort of the horrifying area of science that people don’t want to think about,” Biddle claims. “And then there’s the hero style of scientist that will do science to stop the monster, but Alien takes science out of it. Instead, it’s big business who wants to see what they can do with the monster, and it’s us regular employees who are going to stop them.”

For those who don’t know what “blocking” is, in filmmaking this term refers to working out the details of an actor’s moves in relation to both the camera and the other actors. What makes Alien stand out in the sci-fi horror genre is that it shows how people really interact with one another, either while in each other’s faces, while talking without looking at anyone at all or while making faces as they look away.

According to Biddle, “It just shows that there are elements of humanity and elements of storytelling that are just that subtle, the things we do with other human beings.” He continues, “That’s human engagement. And I loved that.”

4. Ridley Scott And The Actors

How the Alien director got the emotions he sought from his actors has become Hollywood legend, and most of what Scott is purported to have done appears to be true. On top of the aforementioned use of real blood and guts and rotting shellfish to get a rise from his cast, Scott also reportedly lied to them on purpose and used other methods to intentionally make them uncomfortable.

In one deleted scene, Veronica Cartwright’s character “Lambert” slapped Sigourney Weaver’s “Ripley.” In one take, Scott told Cartwright to really slap Weaver. When she did, not only did Weaver really react to the slap, costars Yaphet Kotto and Harry Dean Stanton did too. Cartwright also thought she was going to have the lead role, but instead it was given to Weaver. Because of this, the real animosity Cartwright had toward Weaver can be felt throughout the film—especially in that slap.

In another instance—in the chest-bursting scene—the actors weren’t told what would happen when the alien popped out. They also were not told how much blood was going to be used. When the alien emerged, the cast members’ reactions were genuine. These are but a few examples of how Scott manipulated the cast to get genuine reactions from them, and his willingness to do this undoubtedly enhanced the final product.

There is much about the characters in Alien that is relatable to the audience, and this makes it easy for viewers to put themselves into these characters’ shoes. From the at-times indiscernible crosstalk to the tried-and-true topics of bonus money, food and sex that dominate conversations in these kinds of workplaces, it’s not just what the characters are saying that matters, it is how or why they are saying these things that matters too. This back-and-forth banter enhances both the realism of the film and the audience’s connection to the characters on the screen.

“He’s able to suddenly suck all the life out of a scene at will throughout the movie,” Biddle says. “It all becomes more horrifying when you’re suddenly alone in space where nothing and no one else exists.”

“I love the casting,” Biddle relates. “The choice of roles for the actors was really something else—and how Scott was able to get their real feelings out and into the film—I don’t think I could do that.”

Before any of the casting choices were made, Alien’s characters had just their last names to identify them in the script. They were all roles that could be played by either men or women, and only after the cast was finalized were gender pronouns added.

“It was very different from all of the big-budget actors who were being cast at the time,” Biddle recalls. “They hired all of these actors outside of the big studio actors, who at the time were people I had never heard of. Only after did you discover they’d already had very interesting careers before the movie.”

Significant investments in the look and feel of the movie made the monster and the crew all the more believable. Viewers became engrossed in the telling of the story and the lives of the crew rather than making fun of the set dressing. Furthermore, if the alien itself seems like a work of art from start to finish, that’s because it is—or at least, it derived from one.

One of the ways Scott was able to get such a large budget for a monster movie was that he laid out his entire vision for what the movie would be by using a detailed storyboard featuring artwork from H.R. Giger and British illustrator Chris Foss. The artwork for the film became intercepted by American customs authorities upon arrival in the United States because it was so horrifying. Studio representatives actually had to explain to the U.S. government that it was all part of an upcoming sci-fi horror movie.

8. Everyone Relates To The Horror

In a sense, Alien is a “nightmare come to life” in that so much about the alien is derived from some underlying human fear. The idea for face-hugging aliens that impregnate their hosts borrows from imagery of wasps that lay eggs inside their prey, only to have their young burst out after gestation. Furthermore, the first victim of the alien is intentionally male to play upon masculine fears of rape while at the same time evoking the horrifying image of sexual violation and unwanted pregnancy in women.

Likewise, the weapons the crew uses to fight couldn’t simply be guns or projectile weapons because the alien’s acid blood would eat through the ship’s hull. Therefore, the weapons they fight with are flamethrowers so that if by some chance, the alien leaves a victim alive, the only way to put them out of their misery is by burning them to death—a decidedly horrible way to go.

These reasons (and many more) are why Alien consistently endures, not only in lists of top horror movies, science fiction movies or scariest film scenes of all time, but also in our collective memory as a truly terrifying work of cinema. And no matter what sequels, prequels or spinoffs may come, the original will always be the best.