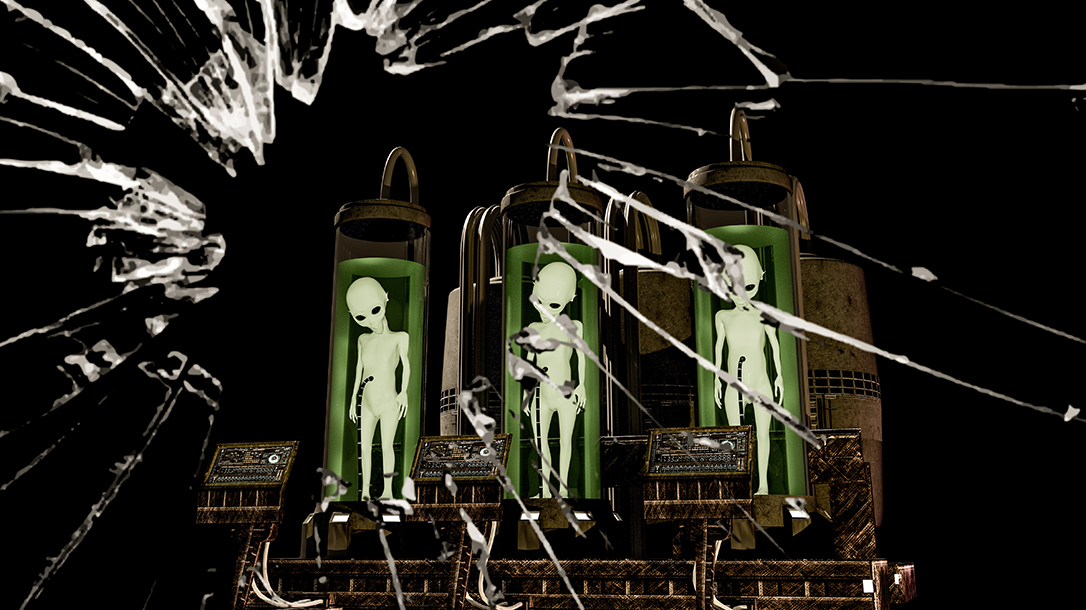 Alien Autopsies: Where Humans Do All The Probing

When we think of alien autopsies, most of us aren’t thinking about the board game or the hit song “Alien Autopsy” by Playboi Carti & Trippie Redd. Instead, most of us wonder where they got the body and is it real or some Halloween fantasy come to life? Maybe it’s just a rubber suit made by Distortions Unlimited, blood and guts included for the same low price.

So What Are Alien Autopsies Exactly?

Questioning everything is part and parcel of human existence. Since the beginning of time, or at least the beginning of our conscious minds, when Eve decided to eat that damn apple, we have always questioned the validity of the world around us and the stories that have been told—even hers.

Are alien autopsies, like what you might see in science fiction movies, real or fake? We all want to believe that there is more out there than just us puny Earthlings. This happens to be even more prevalent these days in the current climate of microaggressions and good versus evil that we are living in. There has to be the existence of something bigger andsmarter, something that doesn’t just want to argue with us about which bathroom they have the right to use. Right?

The found-footage video Alien Autopsy: Fact or Fiction was released in 1995 by Ray Santilli and Gary Shoefield. They claimed it was an authentic video of a body recovered from the 1947 Roswell, New Mexico, crash. The film is only 17 minutes long and in black and white. It appears as though it could be real. It’s kind of weird that the feet of the alien look like human feet, though, or so it appeared. The film was later debunked in 2006 when Santilli admitted that it was a staged reconstruction of the original footage he claims to have witnessed in 1993. He stated that the original was unusable due to age and deterioration over the years. So, maybe it isn’t a complete fraud.

Ray Santilli claims to have had the idea to make the film of the alien autopsy because of what he had seen in 1993. The alien’s real autopsy was given to him by a retired military cameraman who has chosen to remain anonymous throughout all of this. Santilli took the film back to the United Kingdom with him, and he claims that within a year’s time, the film had completely disintegrated. Fascinated by this and coupled with the fact that Santilli was a filmmaker, he decided to reenact what he had seen in the documentary, and he had some of his other filmmaking buddies assist.

Spyros Melaris, a filmmaker and self-proclaimed magician who assisted with Alien Autopsy: Fact or Fiction, came out around the same time Santilli did with the information that he and others had assisted in the making of this film by using real meat, blood and medical props from a local theater. He admitted that he and a friend, who specialized in practical effects on Doctor Who at the time, were the ones who created the alien and stuffed it with such things as cow gizzards and other animal parts to make it appear more realistic.

The alien itself was a latex suit that was the mold of a 10-year-old boy. Don’t worry, it was one of their kiddos, not some random kid off the streets who no one would miss if he disappeared. The mold and effects were so good that even the noted Stan Winston commented on the video, saying “We don’t know how they could have done that.” Additionally, Winston watched the video along with cinematographer Allen Daviau, and they claimed that they couldn’t tell if it was real or fake.

To this day, this film purports not to be an entire hoax since they allegedly used the few frames of the original film that remained intact as the baseline for what we all ended up seeing. A single frame of this initial film was at auction for $1 million, or at least that was the opening bid for the negative that this film was supposedly based upon. It is a single photo of an extraterrestrial on its back on a medical examiner’s table, much like we see it in the movie.

In 1995, when the film was released, Santilli quickly realized the type of attention he was getting was not all that he wanted. He says he was visited by military delegations from many other countries, and his request to come back to the United States had worried him a bit as well. He started to realize just how sensitive this subject was with many people very high up. His cars and offices started getting broken into. Santilli told the horror news website Dread Central in an interview that he had to get help from higher-ups to avoid a few other “landmines” that were headed his way as a result.

After this, Ray Santilli and Gary Shoefield decided they didn’t want to “commercialize the subject” any further. Or perhaps it is real, and the trouble with certain governments and “men in black” they got themselves mixed up with is the reason they decided to come out 11 years later to denounce the film’s credibility. Sometimes the fame we hope for isn’t the fame we end up with. (Be careful when you rub that lamp and demand your three wishes from the genie that appears.)

The Truth Is Out There

We will end with a quote from Mr. Owl, the famous Tootsie Pop owl: “The world may never know.” However, until we all have our own UAP experiences, we can only continue to speculate, rewind the found footage of Alien Autopsy: Fact or Fiction and pause at those particular moments to agonize over whether this short film (or at least its inspiration) is actually real or not.