The cadre of professional wrestling has changed dramatically since its early days, and it was the ’90s wrestlers who helped to get it where it is. Today’s “superstars” are high-flying, bloodletting, hard-hitting warriors who forever changed the way we see sports entertainment.

Don’t get the wrong idea, however. It’s not that we don’t love the old timers. After all, crowds still pop for guys like Hulk Hogan. The Macho Man Randy Savage would pop an entire state if he were alive today. But the ’90s wrestlers brought more than the attitude of the Attitude Era, they put their bodies on the line for our entertainment. No one contributed more to that than these five legends.

Whether your favorite Foley personality is Dude Love, Cactus Jack or the immortal Mankind, no list of hardcore ’90s wrestlers would be taken seriously if it didn’t include Mrs. Foley’s Baby Boy. Some of the WWE’s best moments include Mankind being tossed from the top of a cage by the Undertaker. (You rarely see the barbed wire bat he takes to the groin right before taking that spear.)

Who besides the “Hardcore Legend” has taken out an entire electrical system after getting smacked by The Rock? Or entered the Royal Rumble as all three of his alter egos? Or took a face full of thumbtacks? No one has gone through more Spanish announcers’ tables than Mick Foley, and for that, we will be forever grateful.

Few (if any) ’90s wrestlers transcend eras like the Undertaker. After coming to prominence fighting the Ultimate Warrior in a series of “body-bag” matches, the “Phenom” showed much more technical skill and athleticism than one would believe possible, given his size. With moves like the running DDT, the suicide dive and the classic “Old School”—a clothesline preceded by a casual walk on the ropes, the “Deadman” has always had some risky tools at his disposal.

It was the Undertaker who challenged Shawn Michaels to the first-ever “Hell in a Cell” match, creating the groundwork for some of the WWE’s most legendary and death-defying spectacles. But even early on, his injuries sidelined him from time to time. His disappearance after the casket match with Yokozuna was the result of an injured back. He also broke the orbital bone near his eyes and nearly died in a recent match versus Goldberg. There is a reason that even people who don’t care for WWE or sports entertainment know who the Undertaker is.

Page was in his early 40s by the time he won his first WCW Championship. But all the work had taken its toll on his body, and he lived in constant pain. DDP famously began a course of yoga training to help him recover and regain his flexibility, resulting in what is now known as DDP Yoga in the process. DDP Yoga has helped many former wrestlers make personal comebacks, including Jake “The Snake” Roberts and Razor Ramon.

The “Heartbreak Kid” came to prominence in the 1990s, but he waited until 1996 to earn his first championship in an Iron Man match against Bret Hart at WrestleMania XII, one some still say is the best match of all time. It was Shawn Michaels and the Undertaker who first stepped into the legendary “Hell in a Cell,” and later, in 2004, HBK participated in a Triple-Threat Match that might go down as the bloodiest in history.

Michaels, however, had to take a years-long breather from wrestling. Like many ’90s wrestlers, he sustained a real-world back injury. His came in a casket match versus the Undertaker at the 1998 Royal Rumble. Crushed and herniated discs kept him out of the ring for nearly four years. After extensive surgeries, he really thought his career was over. Luckily for us, he returned in 2002.

The “Hitman” was arguably the most popular wrestler in the world when he took the then-WWF championship for the first time in 1991. To get there, he worked some 300 days a year for a decade. By 1995, he had to take almost a year off to rest from injuries sustained over time. In that time, however, he performed in the first-ever ladder match against Shawn Michaels.

But Hart suffered for his contributions to the sport. He endured multiple concussions that caused him long-term brain injury and memory loss. The post-concussion syndrome even led to a small stroke in 2002. True to his claim of being the best there ever will be, he overcame prostate cancer and the death of ’90s wrestlers Owen Hart and Davey Smith (his brother and brother-in-law) to return to the ring in 2010. 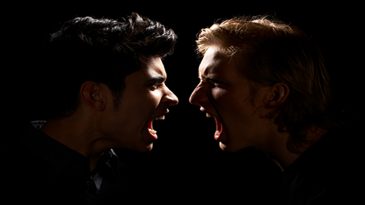